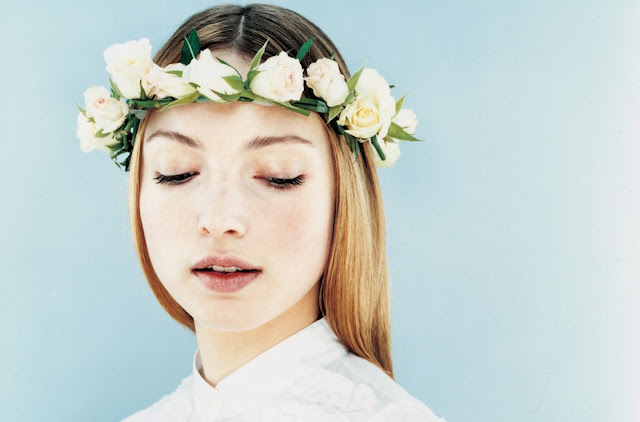 It is worth to start with the cover; hold it in your hand and ponder.
Madonna-blue, a wreath, eyes falling, the nice lips open for prayer. Are you sure? For her eyes suggest Today it is no good, come tomorrow… She is thrillingly beautiful and vestal; we have seen many like her, even more than we would think. This fine dichotomy is up to us, that is, we make a manifestation in front of the painting and not the other way round and it is exactly what happens while listening to the music.

We have made mention of this Vivaldi seria before; it may be the biggest project in today’s classical music industry. 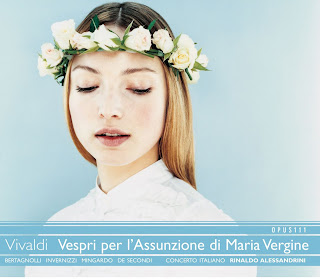 What does the title tell us?
It is the Feast of Assumption Vespers, more precisely assumption of the Blessed Virgin, thus it is not ascension; theologically, this makes a tiny difference, we should not confuse the two. It is the greatest feast of Mary celebrated in the 5th century already to commemorate her dormition. It became a very nice ceremony of 15th August in the later centuries. The premiere must have been held on this day sometime in the 1720s. 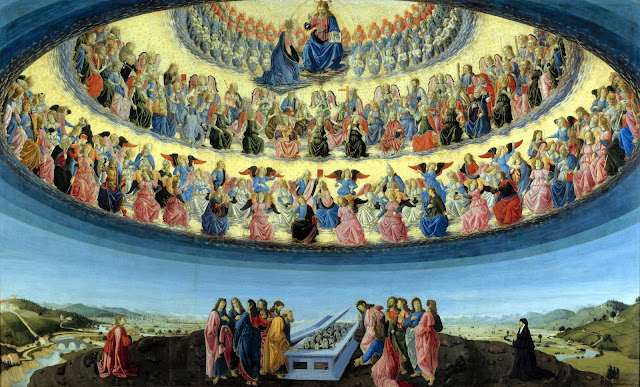 There was one problem though: the illustrious vespers got lost; it was swallowed and eaten by the centuries and lagoons, its somewhat scattered morsels have survived only. Thus the record is attempt of restoration - we have seen one like this - it is pretty frequent in Early Music; remember Cavalli’s opera, Rameau’s fictional symphony or the concerts of Recercare Ensemble - so it is a Vespers reconstruction built of Vivaldi’s existing pieces.

The topic is grave as vespers always have serious spiritual contents even when the scene is busy and volatile Venice, i.e., a project like this may end up with failure without necessary competence. But while watching the performers our concern is gone.
Why?
Because besides the excellent soloists there is Concerto Italiano and mainly Rinaldo Alessandrini, the ringleader and intellectual creator who holds things together in the rigging loft; we can pin our faith on him in this field. 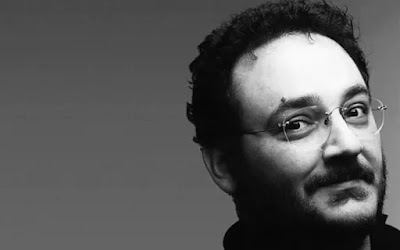 It is enough to think of his published Monteverdi madrigal volumes which became reference recordings. And yes, this record drew such a big stripe like a meteor in the starry skies. Artwork was incomprehended a bit but the music inside created several new Vivaldi fans.

There are 68 tracks including 30 maddeningly good ones on the double record. Let’s see some, just to get a feel as a degustation immerse. 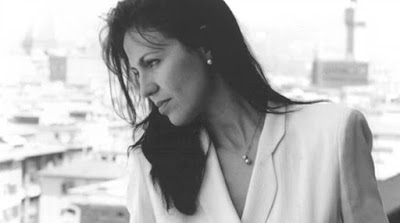 In medias res, let it be first Tecum Principium, a diamond inlay in the middle and the contra-alto from Venice, you do remember her, I hope, Sara Mingardo. Her voice gets to the bottom, under the skin, vibrates the bones; it is a kind of attack in our soul, physiologically a sub-molecular recombination with such a big range of voice that the weaker audio systems receive this heavenly phenomenon with a despairing distortion.

Vivaldi uses Lombard rhythm which has become famous since then; the continuo is portative and lutes; they throb together with the inner fermentation which floods out and fills us up. We are also astonished that we can hear it as a complicated, diversified story although it repeats two lines only … I look at the libretto once again in vain … it is perfect music, that’s all.

Looking into the system we find a similarly fascinating system unveiling like with Monteverdi; the psalms, Sanctuses and the Magnificat’s paean all received their musical equivalents, however, something changed after all. We perceive the change not because of the 100 years passed but because such musicality rose out of the jewel box which has only few to compare and there was not one borne following it. The jewel box is Venice, the town where the streets are made of water and the residents go after their business in boats. There were ten thousand courtesans in the population of 120 thousand but where the nodes of art were present even at the fish market. 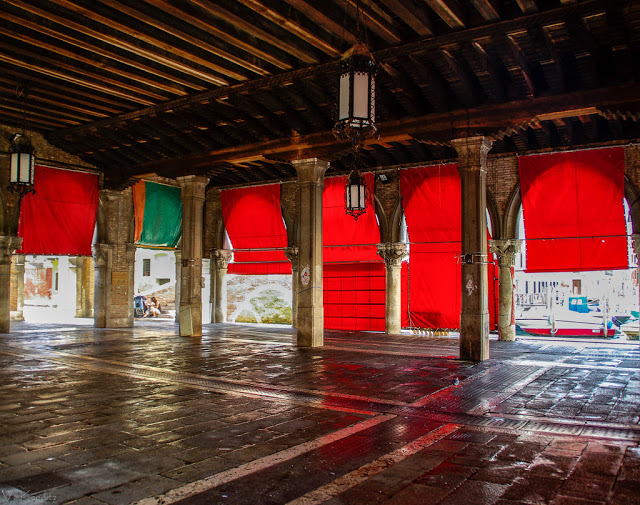 Anyway, Venice and Vivaldi are the synesthetic synonyms.
Why?
Simply because Venice is the same among the towns as Vivaldi among the composers. Weird, odd and unique, fine and melodious, it cannot be mistaken for anything else.

Gloria Patri
A fine, mysterious start; something is throbbing again, the closing of the phase is brutal, the orchestra stamps in, breaks the membrane which we started to imagine, then Roberta Invernizzi, the soprano from Milan is the first to sing, her voice simply flies up to the sky. We don’t feel any barrier; she can do whatever she wants with us, she shows a bit of herself, then she retreats into her changing room; meanwhile the song is so melodious that the fishmonger on the corner starts to whistle it right away, it remains and resonates into in our ears. 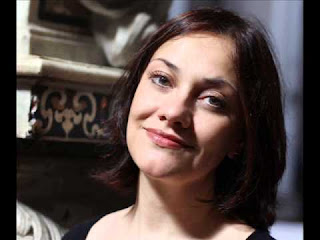 When we feel the urge to make comparisons, say, with J. S. Bach’s music then something turns out, a feeling like catching sight of a Bellini painting while strolling beside the amazingly carved benches in a dim church in Venice, 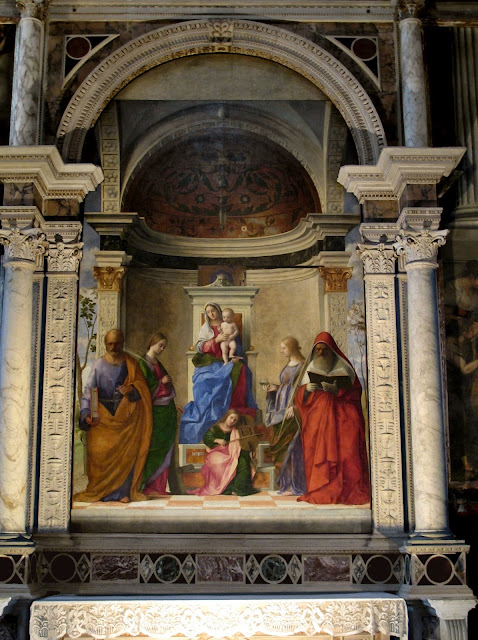 we keep looking at the Madonna and we must sit down for our legs get exhausted.

At Leipzig we hover about in front of the whitewashed wall in the Protestant church in the North and rack our brain thinking that Reformation might have thrown something important out with the bathwater. To put in more gently, six of one, half a dozen is the other, both are said to have been outstanding and exceptional Maestros, but Bach was structure-oriented while Vivaldi was melody-oriented. Vivaldi had an unbelievable sense of melody; I’m sure he could be a first class composer of hits today.

It is noticeable that Vivaldi always let the melody dominate right from the first beat; when some other nice harmony came into his mind he immediately set it onto the previous ones without evolving it. Practically, he didn’t let the run-out of the basic version in peace, he ornamented it right away; he let it go only afterwards.

The extraordinary toolkit of the Baroque connects to it as if it was made up directly for Vivaldi. One of the many he was keen on was the ’A-B-ornamented A’ structure in concertos and mainly arias. The divas of today almost roll and wallow in this pile of possibilities; maddening coloratura acrobatics, genially conceived and designed voice splaying, hearts sinking, yelling and sighing make the masterpiece hidden in the notes a noticeable theatrical performance.

Sternite, Angeli aria.
A huge great start, giant buoyancy, vitality, sunshine, Venice, she shakes the numb limbs a bit, Roberta Invernizzi again, a mad competition between the orchestra and the singer in perfect harmony, this singing is phenomenal, yes, she feels like talking to us this way, she is communicating things in this fashion, she adds some quaver at the ends, a bit of adornment there, then a deliberate, artificial splay but she is laughing, we are breathless, she keeps on talking and goes on a bit surprised:  does it not go along with us?…

Human psyche is extremely susceptible to this kind of harmony; Vivaldi is much more in vogue today than ever before. That the Four Seasons is an old chestnut-like skeleton already? Let’s not go for it, this music is very good today too, we should love it alright, I will make a stand for it any time and I’m willing to enter heated arguments about it. 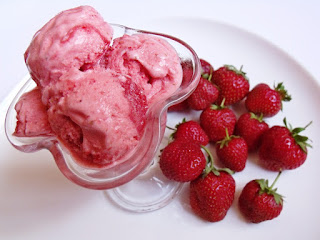 Amen
A nice closing of the begging. Vivaldi turned it into a coloratura aria without turning a hair.
Yet, it is more authentic than the loads of Amen heard in music pieces. How come? It is a bit complicated, it might be the filtering in of the School of Naples, the Venice-Rome-Naples axis and psychology give the clue. And sunshine. Very similar to Pergolesi; the souls marching barefoot, waving Maria flags contain the pomp and glitter, no matter how topsy-turvy, exuberant and filthy they are on ordinary days; this honest faith and feeling remain fully the same beneath the Venetian extravagant and pompous outfits too. 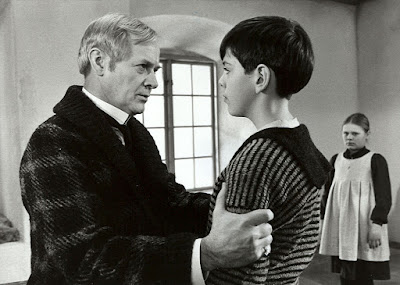 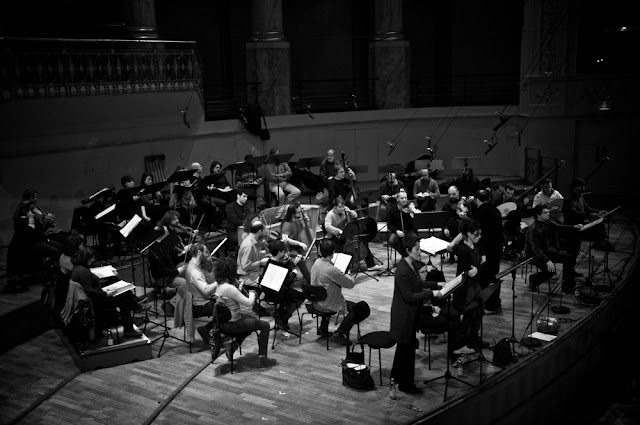 This record, as presented by Concerto Italiano, is just like a hit list; as you proceed it becomes impossible to bear your favs in mind ‘cause they get to your liking more and more.

And the main point the importance of which cannot be overemphasised is that you deem the whole thing far too grave somehow; you listen to the hymns and the short antiphons even twice, you feel like doing a bit of translation from Latin and getting immerged in contemplating what it is all about and absorbing some theological update of this vespers.
Meanwhile the melody has penetrated into the carpets and the furniture; it is flooding all over the place, leaking out from under your nails on your hands, it delves into your soul; it makes us turn different. 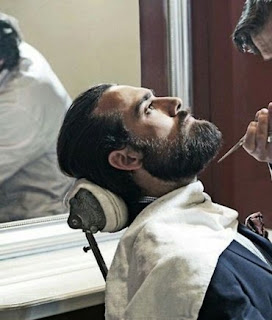 It is especially enjoyable in the car at full volume.

I am rarely fond of a record like this.