The Head Gardener's Story - Caccini and the Nuove Musiche 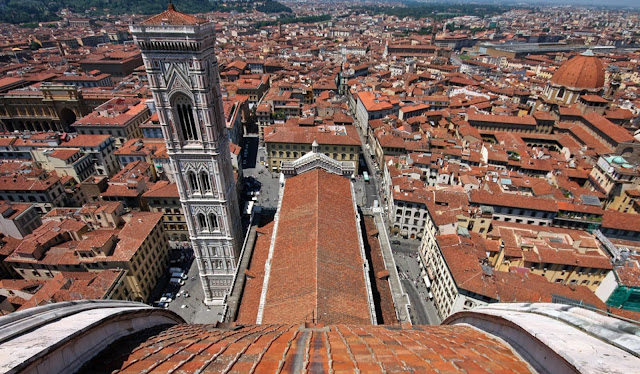 
The end of the 1500s. The famous Camerata Bardi, a private society acted here. They started as a simple patronage but they became very influential later. Giulio Caccini musician and singer, born in Rome, served the Medici dynasty and joined the society around 1580.
What do we know of this Camerata?
It generated culture life of high standards about which Caccini said:

I learnt more about music from the conversations with the musicians, artists, poets and philosophers than in 30 years of editing counterpoint 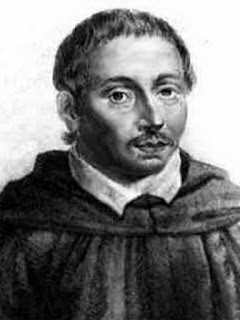 Caccini’s name equals Nuove Musice, the new style, a monody, a simple accompanied song which is direct opposition to the polyphonic over-complication of High Art of the late Renaissance.
Why?
It is not too simple to give an answer here and now; we can only contemplate about the complexity of the reasons. The world has undergone a big change, new continents emerged from nowhere, new particles turned up in a drop of water, the universe beyond Saturn became visible and the fundamental tenets of the split Church are under attack. 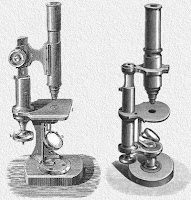 The Palestrina School made its audience turn away with the non-traceability of polyphony just like Musikalisches Opfer did at the Music Academy in Budapest last year. Thus monody is simplification and decline to the commons on the one hand, on the other hand, ascent to the spheres for it got nearer the original musical purity represented by the sole part of the Gregorian in the past.

The direct cause may have been the aim which Camerata set, that is, antique traditions must be restored where the text, narration demanded as faithful support from music as possible. It was hindered right at the beginning for the visualisation of emotional scales was impossible for the then fashionable polyphony. 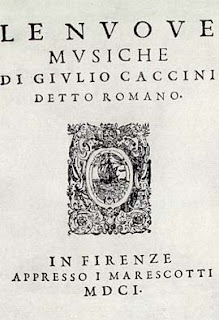 Caccini provided a solution: he published Le Nuove Musiche in 1601 in Florence; it contained detailed instructions for the singing technique, obligato and intonation, how to acquire the new style as well as to modulate emotions and apply spezzatura.
Which genre that started from this base comes to our mind?
Of course, Opera. 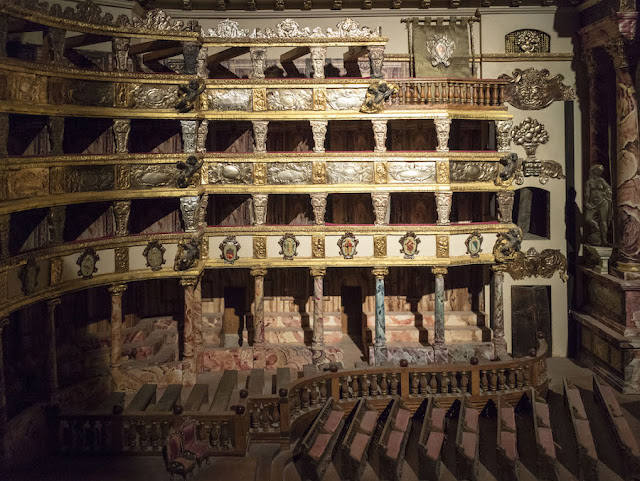 Caccini’s life was abundant in turns; he took lion’s share out of the intrigues of the Medici Court. He survived the best known unfortunate adventure of his with his popularity heavily damaged.

He was the postman in the fervent love affair Dianora da Toledo and Bernardino Antinori; he opened the letter in an inconsiderate moment and gave it to his would-be patron who happened to be the husband. Bernardino was executed, Dianora followed him with a dagger in her heart on the same day and Caccini was pet hate for long.

Life continued, the career evolved; his difficult personality generated loads of quarrel; remember e.g., that he rewrote Peri’s new opera in cold blood in a way that only his singers could perform the arias and he was cool enough inserting in his own piece. 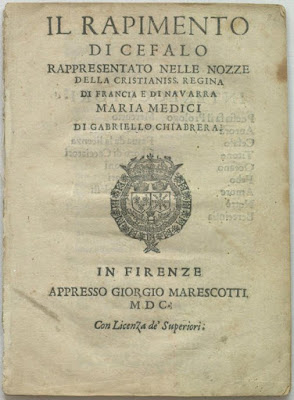 It was put on stage in 1600, Il rapimento di Cefalo was a huge show, an audience of 3800 people clapped their hands, there were more than 100 roles and a crew of nearly 1000, make-up artists and hair-dressers, dressers and text teachers and animal trainers, dancers and dummies – the opera got lost and dispersed during the centuries and there is no one to remember the great pomp.

Caccini successfully managed his family orchestra too; Il Concerto Caccini was such a huge hit in front of the King in 1605 in Paris that a letter said that it is the best music ever heard in France and I heard it right from the King’s mouth. 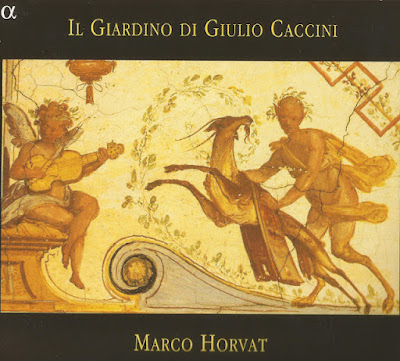 A splendid Alpha record gives a fine collection of his pieces. The singer is Marco Horvat, the obligato is just a few instruments, sometimes only a lute, according to the booklet Marco pondered about this theme for long - what approach and why is needed here. It is a little bit more interesting than the way here is the contract and the music notes, first rehearsal at 10.30 next morning… well, a really interesting thing is borne.

We can hear right at the beginning that the singing technique is pretty odd. A weird mix for, on the one hand, the listeners must be taken through a very complicated and winding staircase, yet it remains natural and light, no matter how hard it is. Just as Caccini instructed his singers that the ultimate possibilities must be made use of in a way that the voice should remain full and natural, following the spezzatura and they should refrain from falzetto and the other artificial, redundant and mostly tiresome mannerism.

He did not regard melisma as belonging to the latter as we can hear. What is melisma? Indeed, we use it a bit more rarely but it is giga-melisma when there are several sounds falling on one syllable, complete melody garlands hang on the branch. It resembles a complicated diminution but articulation? No, it is not what occurs to us, rather, that it is unravelling, thousands of strings pulled out of the same ball.

Caccini said here that
See, it is a very unusual aria where the tenor looks for the bass.

What was new the time is heard well. It was turning against the earlier performing practice where the singer was placed onto the strings and pinned onto the notes; it is not so here. Obligato slows down or is faster just as the singer wishes, however, following a novel servility in a way as if it was hung on tiny springs for the system is still strict, few amplitudes are allowed but there is always follow-up.

It is very much like the suspension of the head units of CD ROMs where the aim is the same: the tiny vacillations caused by the unevenness of the disc. Here is the inner fluctuation of the text; the reaction should be rapid but it should not confuse or vibrate backwards the basics in a distorted way.

With only one instrument in hand we can ask why the performer did not accompany himself. Moreover, we know that Caccini was an excellent chordophone player. The answer is that we do not know, it is all obscure, the appearance of the “girl with a guitar” in the pubs and royal courts is still debated.

Melodiousness heavily diverged from the music accepted by the high society, something like listening to a Vivaldi aria following a Bach record.

Caccini was an ingenious gardener; noblemen recommended him to each other. At the downhill of his life, over 60, he spent more and more time among his flowers; the terrace of Casa Caccini looked on a garden elevated as a legend by the sighs of the illustrious guests all over Italy. His unsociable nature did not spare him: following a good and big fight the urgent intervention of the Medici was needed to change his punishment to home and garden custody imposed by the strict judges. 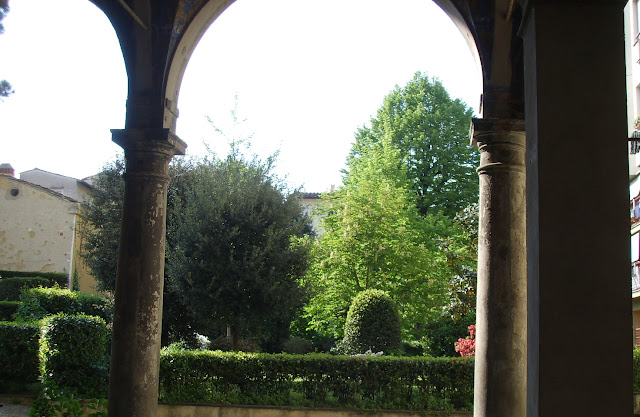 Instead of high-sounding Latin botany names mention must be made of Verdi and Donizetti, Bizet and Puccini; Bellini or even Mozart, dozens of big opera houses, Carmen, Barber of Seville and the Marriage of Figaro, Tosca, Aida and Othello, Madam Butterfly and Troubadour, Don Pasquale and Rigoletto, Don Giovanni, Norma, Nabucco and many others, enumeration is impossible due to lack of space.


The aggressive old man turned European music history over with this new style.


What is even more important - he made people familiarised with music.
Deep inside.
Loads of folks with very good music.