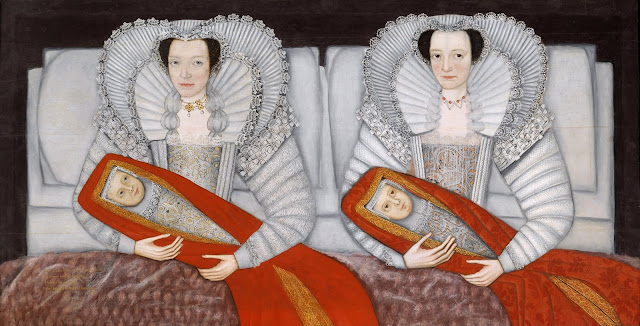 An Alpha record so let’s take a look at the pic first.
We might as well start with the title but Pescodd Time means, in the antique vernacular, the period of pea harvest, that, is, summertime for these 16th century kind of peas used to ripen late in the summer, in a word, some 400 years later it’s sort of a challenge to realise that the pic is about some vintage dance or it has some deeper meaning; far too obscure it seems …

Well, the painting.
What is it like, anyway?
Well, the artist is anonymous, around 1610, at first sight it appears to be a concurrent linear structure, two dimensions, no trace of any spherical Renaissance perspective, nothing of the stern ecclesiastic stories of the paintings in sober cathedrals.

We’re in England in the era of Queen Elizabeth or a bit later. Everything bears some clear-out simplicity, the Heavenly Freedom of the Renaissance is entrapped in the Anglican system; bear in mind that it is the period when an intensely powerful empire was built, severe rules everywhere - in each tiny detail of outfits just like in the hierarchy of the Royal Court, everyone knew their stuff, it was a system of strong determination the direct print of which is visible in painting just like in architecture. 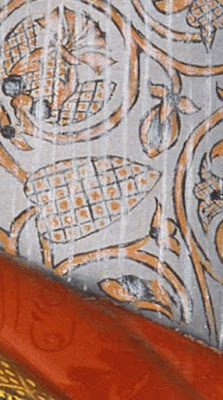 Cholmondeley Sisters is the title, it’s relevant for the author is not known, however, the family belonged to the ancient aristocracy, therefore, several documents survived so the archivists got into the dusty drawers and thus it turned out who the painting might include, or rather, we suspect that there were three sisters, Mary, Lettice and Frances but which two the painting shows will remain an eternal secret for good.

Some think that the girls are twins for they much resemble each other, indeed, so much that the painting is called “Cholmondeley Twins”, well, it profoundly reminds us of Béla Hamvas and the A Jóisten uzsonnája (God’s Afternoon Snack) - how strawberries should be eaten;

...they’re the ones who prefer cream but these people are mistaken as for the point of food … Using cream is a mistake … cream with strawberries tells of a bad taste. Faulty taste leads to faulty judgement and, eventually, to a faulty lifestyle, therefore, such things are to be avoided.

For let’s use our high-capacity brains.
Look at the painting longer than half a second only. If we can perform this unusual stunt, unusual at least these days, we might as well simply call it attention, more nobly: concentration, then the same thing takes place as while listening to the record. We start to notice more and more tiny differences which loom to get embodied out of nothing, out of the mist of our inattentiveness.
Nicely, one after the other, not at the same time - it’s important. 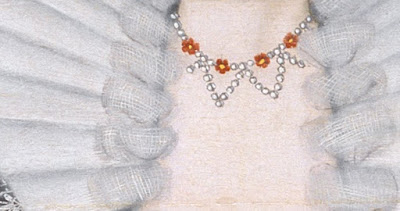 Differencias, like in music, they haul and tow each other (out of trouble) hand in hand nicely. The outfits, the ornaments, the complexions, the swaddles and canvases, the hues and shades and the shine of the eyes, yes, they’re a bit different.
Twin theory? Full nonsense. So are the dances, the variations, the accords and the runs. For if they were completely the same then the whole project on the keyboard would get choked in boredom in a minute. They’re similar but the difference, those tiny bits are felt to be more and more important.
For this is the point of the whole thing - in Early Music at least.
Do you remember Patmos’ tractates?

The nature of the world lies in differences rather than in opposites. (This statement should be displayed in many musicians’ desktop)… All similar have differences and each difference is similar but in a way that the similarities never coincide entirely and the differences never become complete opposites …

So the tractates teach us to see the differences in music, teach us, I mean you, teach all fans of classical music and teach musicians - all those who have a fashion of thinking in opposites and counterpoints. 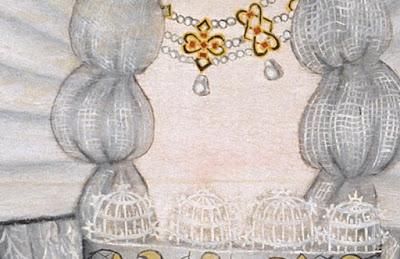 William Byrd.
He was called ’Father of Music’ by his contemporaries. This fact tells us everything that’s important. You can find out more about his life in Wikipedia, just one click.

He was in a special favour with the Queen given to few, which secured inviolability for him in times of gloomy religious warfare.
Peter Philips and Dr Bull were both Byrd’s students. Three composers in the heyday of English Virginal Music; Bertrand made a selection of at least 5 collections.

Pavan, Galliard, Allemande and Courante. Dances. Each has its own character, rhythm and steps and all of them were very popular. So were the early songs which Byrd included in these volumes. The best known is Une Jeune Fillette, a French chanson sung by the whole of Europe about the girl in love who was compelled to join a nunnery; it was decorated with endless variations. 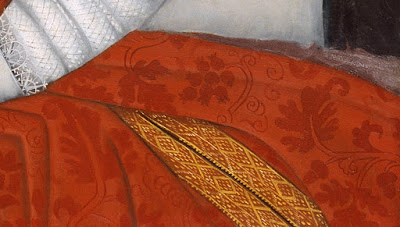 We know not whether Bertrand reads analogical metaphysics; once, a few years ago, we had lunch together, we could hardly communicate even in English. However, his play, in this record, is an audible appendix of the above.
For the whole record doesn’t include two accords hit in the same fashion. I have a feeling that neither are two similar touches. Like someone who keeps contemplating and keeps talking to us, nicely and mincing their words, neither in French nor in English but bordering on a prehistoric tongue whose remaining morsels are better included in music than in spoken language. So is in painting.

’ut pictura musica’ (La musique est peinture, la peinture est musique) It’s the slogan of Alpha and this is why there’s this intensely weird artwork with fragments of the painting. Rather, there used to be for Outhere swallowed the publisher; the second edition is short of this nice painting-philosophy free University…

However, we have seen records of such calibre released.
This one is even in front of me. I have been looking at this pic for long listening to the sound of the virginal which is a sort of muselaar where the keyboard, strangely, is not in the middle for the mere reason that the strings are plucked right in the middle thus the entire instrument miracle sounds with some special veiled fineness. 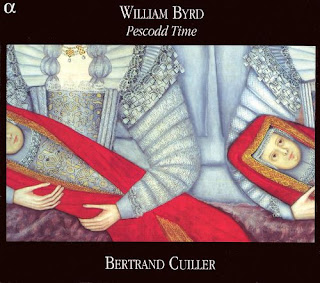 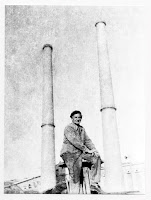 __________________
For hifiers.
One of the best-sounding early keyboard music records I've ever listened.
Highly recommended, especially for BBC monitors.