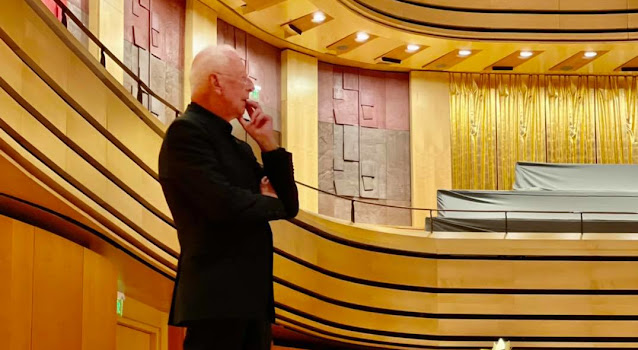 Concert.
The Palace of Arts. [Budapest]
It’s a bit of giga-creation; I can't do anything, my favorite bands often land here in Hungary. Albeit everyone knows that this space, no matter how good (or not good) the acoustics are, is simply too big for a band of this size. 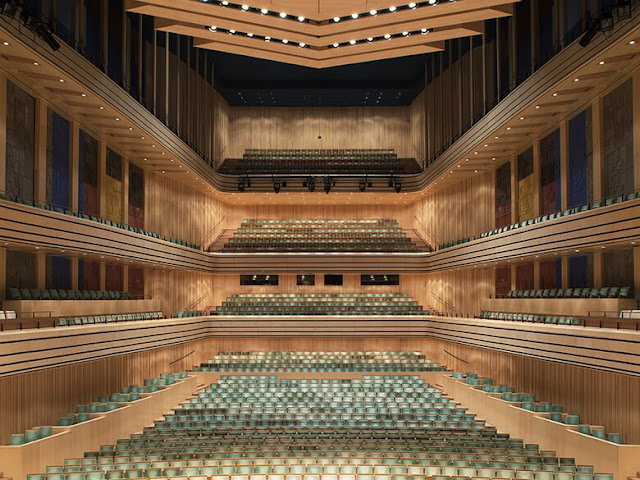 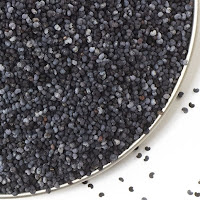 Or, I actually knew what to do: I bravely bought a ticket in the front row, in the middle, so as not to admire the barely audible voice of the singers who seemed to be the size of poppy seeds from afar. Obviously, the risk was not small; if the band stands up from the edge of the ‘stage’, the sound we hear will inevitably fall apart.

But I was lucky. Due to the staging, I needed a stage about 10 meters deep, so the band was 10 meters away from me. And the sound was fantastically good; so much that it added a lot to perhaps one of my best concert experiences. Because I listen to the performance in a hi-fi, and good sound means a lot more to me than it does to most of you.

What else contributed to this and provided the basis?
Of course, the performance itself, as it was.

That I would love the concert might have been predicted years before as the performers, Les Arts Florissants led by William Christie have delighted the audience for several decades with records of such high caliber that they have churned out a group of fans who are fond of them. No secret, I am one of them. 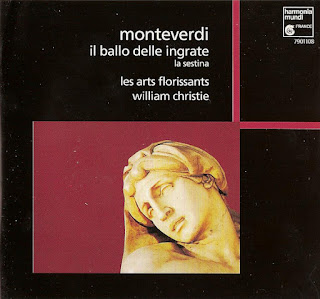 For the sheer fact the way they play.

How do they? The answer is simple: you must listen to a record of them, practically any. You may need just a few minutes only. In the loads of debates, usually with musicians, about why the playing of Early Music needs a special skill my frequent and indisputable argument has been that
“You should listen to a Les Arts Florissants record to hear what a violin section they have, how they play, for instance, in a baroque opera and you’ll see that it’s another galaxy”. 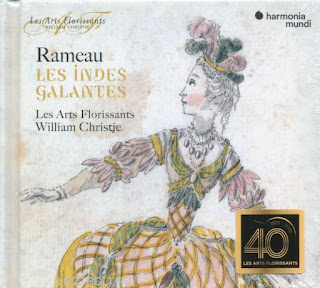 Yes, I like to be biased; you’ve got it all right by now, I think.
What’s more, what they have done live here has overridden all my expectations. 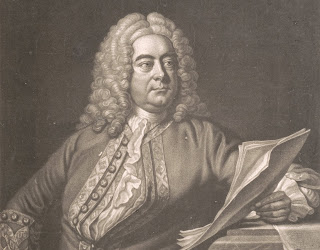 The piece, a Handel opera, Partenope is relatively little known. Nope, not relatively little; never ever have I even heard about it. The music is fine; it’s not a swarm of catchy well-known grand arias; the harmonies are nice, nothing special with the singers either, melodious arias and the usual load of recitativos, which, with a bit of exaggeration, are about the same in every baroque opera. The libretto is not a book of philosophy either: everyone is in love, everyone is after a woman or a man, disguises and royal persons in exile, intrigues and clashes, and love again, heartbreaks and floods of happiness one after the other. I must admit that I was lost among the intricacies of the plot, I couldn’t recall even the few names.

How did all this turn into a breathtaking performance? Well, I’ve been cracking my head for a while for the answer is far from simple. 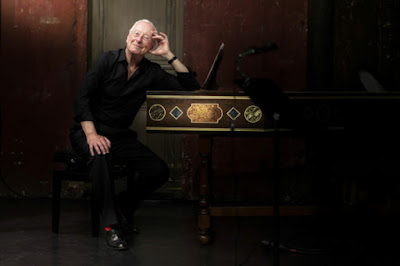 An octogenarian.
So old that he was one of the many youth who left the US out of protest against the Vietnam war. And he founded his ensemble, Les Arts Florissants in 1979. He’s been maintaining atom hard and unchanging the mysterious thing we might call “style” or some sort of musical approach ever since. Perhaps it is the most important thing in an Early Music performance. He hasn’t changed; the world has adapted to him. Just remember what pieces we listened to here in Europe in the 80s... Any of his old records holds water even today. What’s more, they are still shining in their full light like during the glorious years of Early Music which has been rising recently to the top. School makers, we might say.

By the way, the ensemble hasn’t become an oldies’ shelter as time passes; two-three elder faces but all the rest are middle-aged, the concert maestro is actually 33.

There’s some very mild, hardly perceivable oddity in the playing of the orchestra; a sort of unmistakable flavor, aroma; those who like it can pick it out of even a thousand records. Some fine decoration with French elegance rests on the sound of the violins. And some light though fine tension. It must be the handling of the bow. Little do I know what it is. Neither do the competent musicians, which is solacing. :-)
The recitativo are not the usual either. 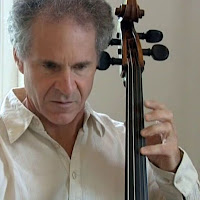 Never have I heard what the cellist, David Simpson produced on his beautiful old patterned instrument in the basso continuo. Nor has anyone else. Either on cello or gamba, never ever. Something must have been in his aura; at the end, during the applause, at the curtain call, an average nice look of a musician, yet, while playing on his instrument he seemed transcendent; clearly, as if he rather than the instrument had been playing the music. And it was the nicest cello sound I’ve ever been fortunate to hear.
Meanwhile, a special cembalo of virginal sound... I couldn’t believe this sound beauty. 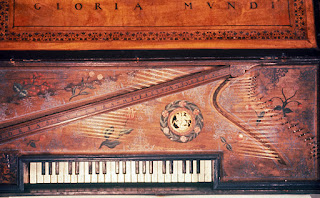 The real surprise for me was the singers.

First, they’re young.
Not “simply” young but very much. I thought they were about 25 or even less. Well, we’re not used to see singers of this young age any more. Not at all. We’re living in a world of “made” divas; phenomenal voices on records, master coloratura acrobatics and huge voices filling even the silo of the Palace of Arts. Something different is going on here. I’ve already started to find this otherness about Lea Desandre in the Jupiter Dialogues.
Who is the common point?
Well, William Christie again. All of them are the students of his academy. 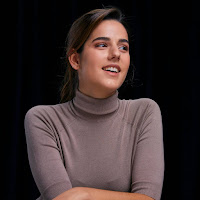 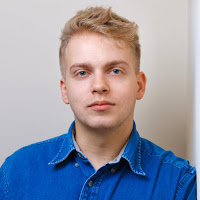 I was sitting close, very close. They were singing directly in front of me. And, they were running about, playing like self-forgetting kids. They were smiling a lot. They could really make me believe this crazy turmoil of love seeking. And their voices were very good indeed. Albeit they were simply singing without any extraordinary effort. 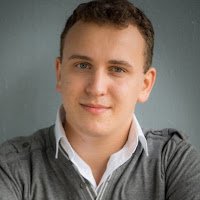 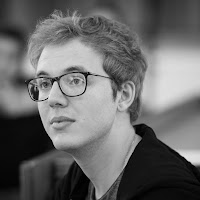 They weren’t singing too loud, not so much that it was just fine for me at a distance of a few meters. I can’t stand excessive loudness; I listen to music at a low volume. Even the 100 meters didn’t topple them, which became “I-can’t-hear-them-well” for the less fortunate ones sitting at the farthest end of the silo. And this “normal” volume of voice brought some unbelievable naturalness and richness of tones. In a few raising of the voice it turned out what a load of horse power is hidden in the depths, however, there’s no need for constant pedal to the metal; this was proven all right.

Purity, straightforwardness, youngness. Freshness. And, something in the depths, emotions perhaps? Or sensitivity? I know not but the effect is pretty intensive. 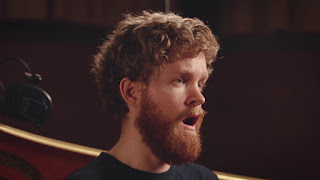 It’s some kind of intelligence of the voice I’m very much fond of. This was so striking here in a baroque opera where the arias are one after the other so close that I have a feeling and I hope that this is some novel tendency, it’s going to be a new school in the near future.

And a special oddity arouse from all this. A baroque opera is on; the orchestra is fine, the singers alike, so is the sound — seemingly nothing special, the story is going on, yet, I’ve been lost about who’s wearing whose disguise, who’s in love with whom, although the translation is projected before us; the recitativo are being played alternating with the arias at length. Well, everything is given to be dull and boring.

Yet, nothing is. For in this “seemingly nothing special” the key is “seemingly”. Because it means that all this is pretty extraordinary. From about 1.5 minutes on the music “sucks me in”, the performance permeates me. As if I was there, right inside the plot.

As they are racing in front of me, or coming to a stop, I clearly feel the perfumes they use; the cologne of Rosmira, I got to like it a lot...

The whole thing gets started.

I get moving too.

I don’t really know even the names, I almost give up the following of the lyrics.

Yet, everything is in action.

Maybe, this is the genuine Opera.

In the meantime I can see that William Christie turns back a bit at times; he’s watching the kids singing and having a good time. They might as well be his grandchildren. He’s smiling, nodding mildly: “yes, it’s fine, this is what I thought of”, then he looks at the violinists, by the time he raises his hand they’re playing the forte he requested, a millimeter turn of the head, the blowers are turning the volume down, he is indicating a bit with a finger of his right hand and the cellists are speeding up a bit, and it’s going on all along... He’s holding his orchestra as well as the singers on an invisible spider thread.
And, he’s allowing them to play continually.


The end, a huge applause, elevation. Curtain call, the singers are coming one by one, then the orchestra, the usual closing choreography. 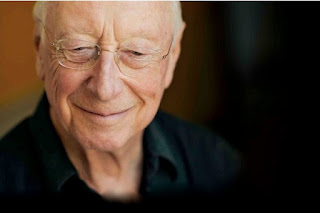 Then he’s surrounded by the musicians. His face can be seen in front now; he’s really grown old. But, he’s gleaming among the kids, glistening marvelously.

Simply, he’s replaced his old age with their youth.

I’m riding my E-bike, hardly any cars, Budapest at night is fabulous. I’m spending the night at friends’, and I’m taking deep breaths from the fresh air blowing from river Duna. 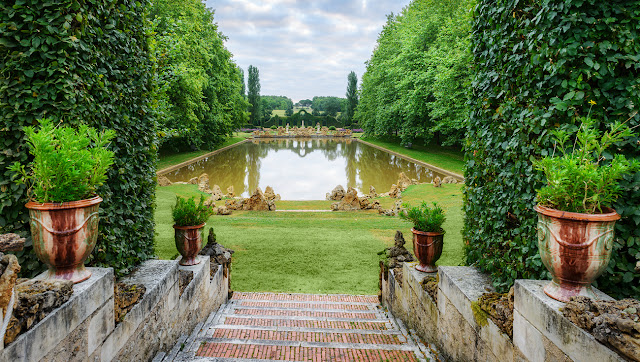 I’m thinking of the castle somewhere in France, of the foundation, the Academy, Le Jardin des Voix where these youth come from, of what he said that all this is the manifestation of music and gardens and this is where all his desires come together and everything gets started... 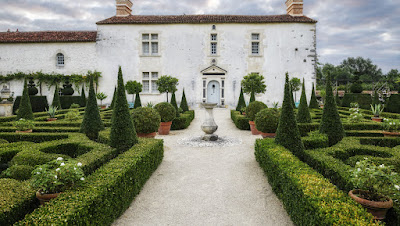 ...and, what a miracle park must really be there in Thiré, and how much beauty creating such voices exists; and how this creative force of thought is, what a dazzling intellectual content this old bloke has realized, and the muses, they really exist, they were there tonight too,

... and I’m riding, I turn the electric assist off to make myself gasp for air...for a while at least...,maybe I can find a few molecules of Rosmira’s perfume... 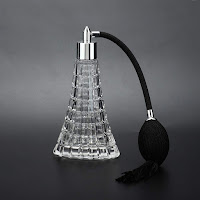