Treasure of the Knights Templar

Templars.
An old order of knights wrapped in a mystical mist. The order was established some time at the beginning of the 1100s. Nine knights under the leadership of Hugues de Payns took it in their head that they would defend the monks heading for the Holy Land from the perpetual harassments. The situation was similar to that of today: as the Temple in Jerusalem was an outstanding sacred place of three big religions tensions and consecutive clashes were at issue all the time. 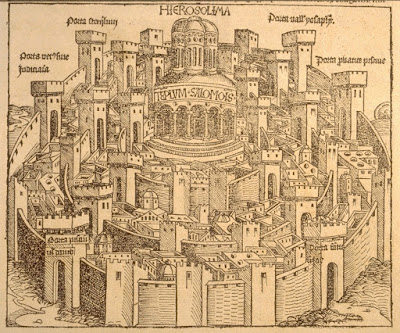 The warrior monks called themselves the Poor Knights of Christ and were taken under the patronage of King Balduin II of Jerusalem who bestowed a wing of the late Solomon Temple upon them, hence their name - Templars. 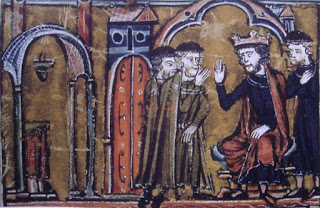 The written regulation was made 10 years later, then Saint Bernard of Clairvaux legitimated the order once and for all by announcing a complete spiritual-philosophical program. The number of followers increased, the order far exceeded the original aims, the Templars found home all over Europe and their power reached summit by the end of the 13th century.

The story resembles the history of the rest of the orders up to this point. However, there was one huge difference which became their ruin later. The Pope withdrew them as a semi-military organisation from the legal authority right at the beginning, which practically meant complete independence. Financial accountability, that is, giving an account of the monetary situation was not mandatory either. As a result, when wealthy patrons or even rulers enlisted in the order such big capital concentrated that people conceived phantasies of fabulous fortunes and the legend of the Treasure of Templars was made up. 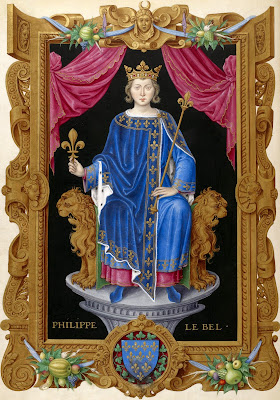 The order had series of conflicts with the more and more empowered French kingdom from the beginnings; eventually Philippe ler dit le Beau (Philippe I of Castilla) filled up his empty treasury with a horrendous and genial move: he arrested the leaders of the order during the night of 13th October 1307, confiscated their property and committed the entire general staff of the Templars to the flames.
There is no question about his talents in politics: he did all this (afterwards) legally and lawfully with the consent of the Church. 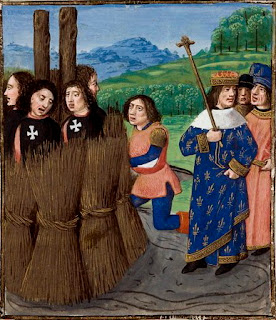 One of the most powerful Orders disbanded and the survivors got scattered about.

Memories of the Golden Age has remained in many ways.
The strict regulations ruled practically everything including the liturgy and other everyday activities of the monks with their complicated repeated schedule as well as the melodies whose notes are, fortunately, left with us.
The base of the record of the Ensemble Organum is the Music Appendix of the breviary from the 1170s kept the Temple of the Holy Grave. It is accessible in the archives of Chateau Chantilly in France.

It is the first Gregorian note which bears the mark of the French music influence; we even know that some Anselm, a canon in Paris was the fore-singer of the then Latin Patriarchate; he shaped the Latin liturgy of the Holy Grave in Jerusalem the time. The notes of the breviary precisely reflect the musical conceptions of the era, however, it contains several unusual solutions not complying with the vogue of the time. 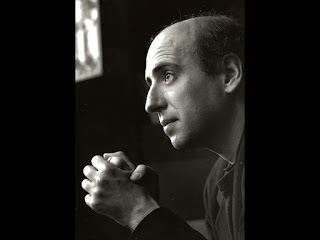 Marcel Peres has been shaping his band - Ensemble Organum - since 1982.
This record was made in 2006, literally full of all the delights of the organum. 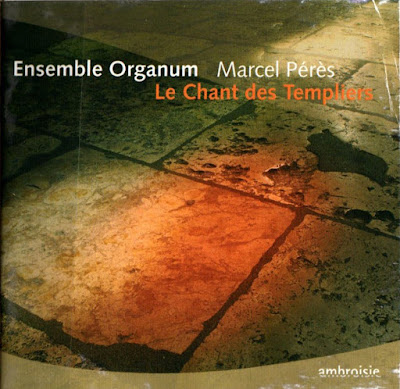 The structure is organised by the liturgy; antiphonies, choirs, responsories and the Magnificat from the Vespers. A few four-folding reiterations come from the regulations of the Templars - for example, Kyrie which originally was relating to the spirituality of the war-fight and later it was performed out of liturgies as well.

Nunc Dimittis is fully out of the liturgy, albeit it was inserted in it and its origin is unknown. It is notable for an alleged magical power. It raises a smile today, however, that the ruling of ban of the clerical authority is still in effect today is not that ridiculous.
Well, be careful. 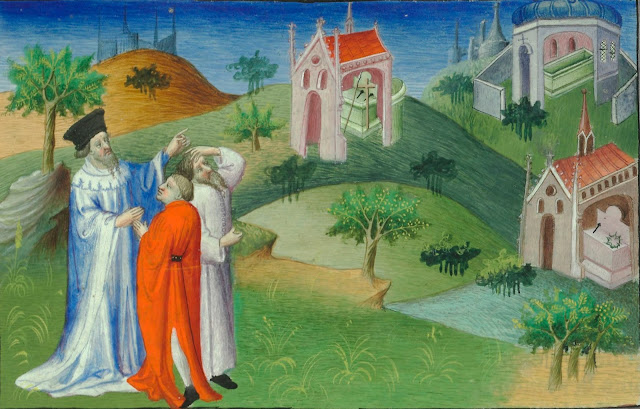 Listening to it you hear that the music slows down around the 3rd minute but the rhythm seems to remain unchanged. The continual suggestive effect is intense so I swing over this oddity; a thousand of other things amaze me.
Yet, this anomaly does not leave me in peace; the age of cassette-recorders comes to my mind when the imprecision of the speed of play was audible if you had good hearing. This is, however, a CD, which means that the clock signal of a processor controls the reading even at recording, that is, there is no acceleration/deceleration; you can spin the record with your hands, yet it will be punctual.

Then reading the booklet something really astonishing turns up as a possible explanation.

The art of creation of rhythm has an individual and ornamented name in the early choir pieces - Tripundum. It has, on the one hand, given rhythm formulas which can be written onto today’s notes with a background of a distinct academic theory. On the other hand, the other part is a rhythm organisation of the whole body rather than only the produced sound - it is a complex area of a larger range.

What is included in it? Little do we understand about it in the 21st century. Well, hang on, for example, the position of the centre of gravity, that is, which foot of ours we weigh on while singing. Or the position of the arms or even whether our look is directed upwards or downwards. In cases like this the rhythm of the produced sound is perceived differently by our mind even if nothing happened according to the metronome. 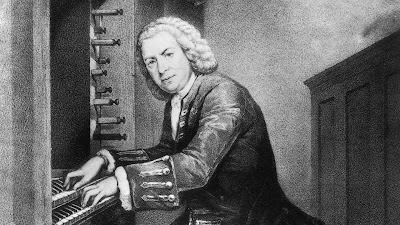 Well, I imagine that fat drops of sweat are falling from underneath Bach’s wig onto the score of the H-moll mass; although he was really at home in hidden analogies…if it is the reality then loads of interesting things ensue.

We almost end up like the genetic map of DNA which has been decoded by now. Are you sure? It is a good question as it reveals the imprecision of the wording.

Yes, we have the basis pairs - which is which - and plenty of stages whose interconnection with certain attributes is proven; their number is big indeed, it is of the order of ten thousands. We discreetly keep silent about the fact that we haven’t the foggiest about the function of rather long stages despite being able to “note” them. How big is this white patch on the map? It is not more than 90 percent…the opponents of GMO might have been right - I know not. 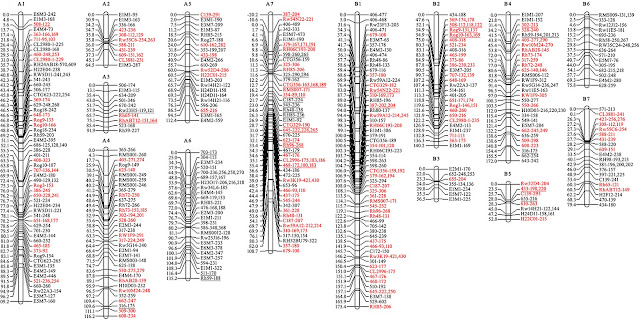 Well, several things in the old squared notes are not rendered to functions; I suspect 10 percent or even less but the interrelation to the above might exist. Let alone the ornamentation and the inside of the initial.
Peres will not lead us on even more astonishing conspiracy theories; he gently suggests that this field has been processed with little efficiency so far. 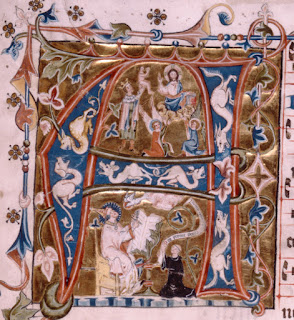 The mode of performance might be a distinct tractate - fine, tranquil and of a large range, yet full of some disconcerting glow. The tone of the fore-singing is creepy at times. The continuity of the organum simply questions the existence of breath-taking; the slip of half and quarter sounds opposes to all harmony handling learnt from today’s books, yet, no doubt that something is being built upwards.
It pulls the audience up to the Skies. 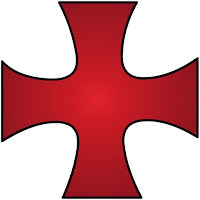 The Treasure of Templars may not be a box of gold, rather, some lot more complex, more transparent and unresolvable incorporeality providing the connection between the Heaven and the Earth with thousands of golden yarns creating loops and tangles of extraordinary form.

They become visible for us too in some good moments.
Like this record.