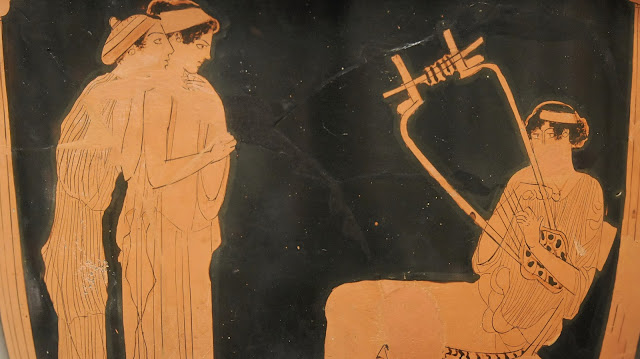 King Spa.
It is old, 500 years old, dilapidating, clean but a bit crumbling all over, water is leaking all around the place with taps and fittings from before the War for sure. 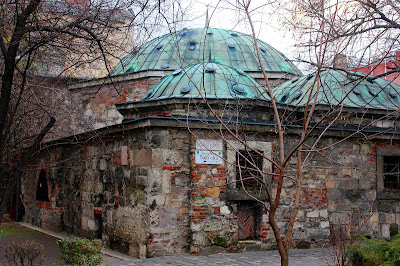 However, an amazing beauty pervades. Incomparable colours and shades. Dim lights, semi-darkness, and a hasp of sunshine through the orifice of the dome like a light sword just much longer. 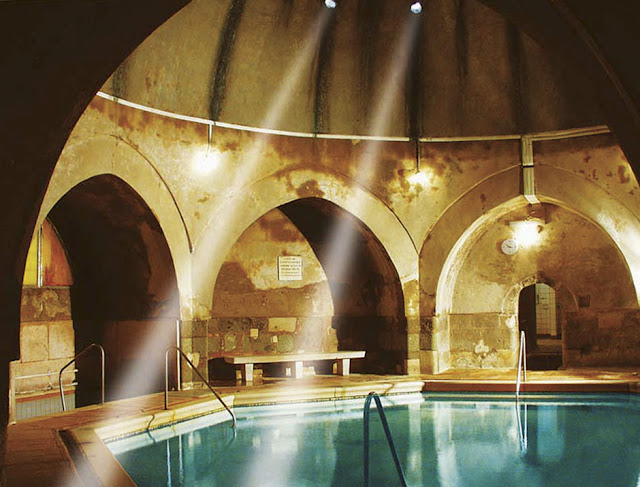 We are sitting in the hot water and I am trying to find out why I am so much fond of L’Arpeggiata?

The name, maybe, for it reminds me of my favourite composer, Kapsberger who composed Toccata Arpeggiata which touched even Christina just as much as she chose the name for the ensemble.

They released loads of records you cannot even enlist. All started with early dances, Tarantella and Chaconne, on the sensitive borderline of Renaissance-Baroque, then, in the following years, the horizon widened genre-wise too; Monteverdi was followed by Purcell and Handel, jazz and even several sorts of folk music from all over Europe, the Mediterranean and the Orient. 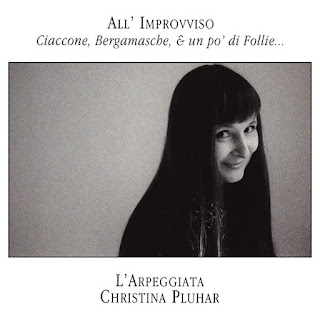 What matters, however, is the All’Improvviso record. I do not mean the music which became a legend later but I mean an invisible look. It is in the case, under the CD; it is hardly noticeable, almost impossible to take a picture of but the main point does come through. 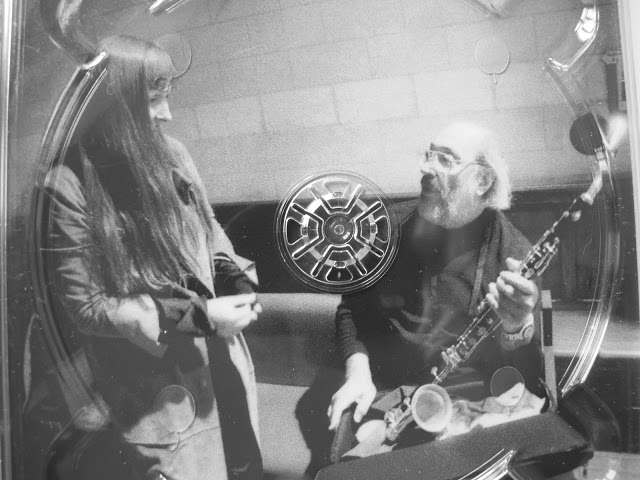 A young skinny girl with a fringe and an elderly musician with a grey beard are in the pic; Christina is explaining something away intensely, Gianluigi Trovesi, the jazz-clarinettist is watching, smiling softly, he will just not scratch his head thinking what this is all about, how he is getting amid Early Music again, what this woman wants him to do. Clarinets come in the scene only 100 years later, Christina is gleaming with sparks in her eyes albeit you cannot see it in the pic. What you can see is that she conceived everything and no need to fear, it will be all right. Remember what a success Tarantella was.

Then these records gently shook the entire playing of classical music in Europe and brought Early Music in fashion nobody could ever think of. Monteverdi, Cavalieri and Caccini became genuine stars, the audience was crazy about them, the youth listened to long forgotten composers almost never heard before. New generations started to imitate the ensemble the best singers in the world joined if for one recording. 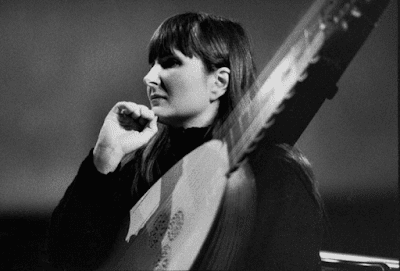 What the secret was is hard to tell.
Perhaps the unbelievable sensitivity with which Christina took care of the instrumentation or the hidden content which she seduced out of these early melodies or perhaps the reconsideration of the music improvisation or the upfront turning against the apathetic, lethargic and audience-slaying performance of classical music, the squared sonatas, nerve-killing fugues and horrendous symphonies we receive loads of.

Then years passed, the thin chick with a fringe became a serious woman; L’Arpeggiata derailed off this special rail, there is some topsy-turvies in the repertoire but she left the legendary records with us; I paid for a second-hand Tarantella SACD so much I do dare to tell, the first track of the Landi album makes my heart throb even today … I am so much fond of this ensemble that Handel goes wild is bullshit, I do not recommend it to anyone, yet, I do not mind and do not offend them, let them go wherever they wish to, no one should interfere; as for me, they might as well play electric rock or Stockhausen, it will not alter my love of them.

Today, however, there is something grave going on. 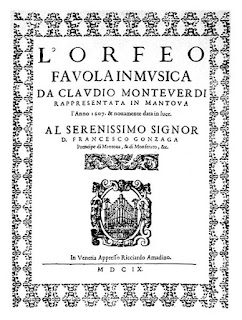 Monteverdi and Orfeo - the very first milestone in Baroque music and the world of opera -the origin, the singularity.

The Palace of Arts, [Budapest], the building itself, the inner space give me mixed emotions. Outside the colour illumination is extremely crappy, the auditorium is far too big, albeit it is alright inside and we are sitting in a very good seat at the stalls, in the middle of the first quarter. 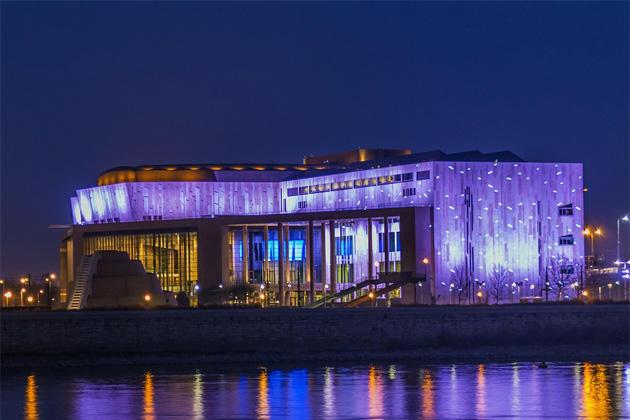 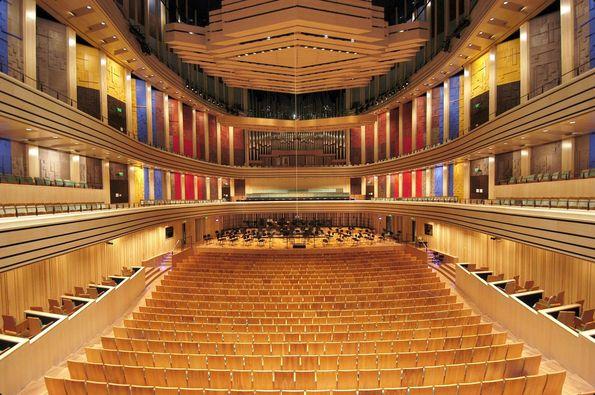 Start.
Well-known and familiar melodies which provide the frame of one of the most famous love stories of mankind. Some weirdly special feeling right from the first seconds. The instrumentation and expression make me feel that the upholstery has got ripped on the horizon and we can look out at some distant lands.
How Christina lured these wind instrument players to herself I know not but I have never heard the first fanfare part like this; I was shivering.

Then Emőke Baráth walked in nicely, yes, our Emőke [she is Hungarian] in a fretted outfit as Musica and sang the introduction to what we are going to hear in an angel’s voice.

Then the story got started. Also, a series of amazement. The two violinists, they are playing so much differently from the other violinists of the rest of the orchestras that here comes the part of the secret. Fine, punctual, nicely elaborated, dot dot dot, however, somewhere deep inside there is some ebullience, something disquietingly beautiful. It is striking in the record as well. The continuo line is very intense; two keyboard instruments, violas da gamba, a harp, a theorba, a guitar, all subordinated under the lyrics, bear in mind that it is the famous Nuove Musica where the lyrics is not pinned onto the notes like one part of the many but it is the Prima, and, indeed, it will turn out that it is extremely relevant. 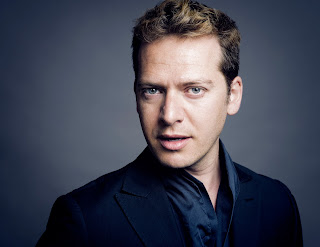 The back row, Nymphs, Shepherds and others; unexpectedly brilliant solos were heard from here, of course, it is easy this way that singers as good as Vincenzo Capezzuto are standing waiting for their short part. 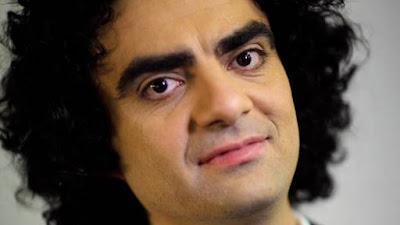 Orpheo, a Mexican-French tenor, Rolando Villazón was not to my liking at first for he pushed it very Italian, big opera-like, intensely, high-spiritedly; it is too early at this point, it should be this way 150 years later, I thought, he should be singing a bit more gently. 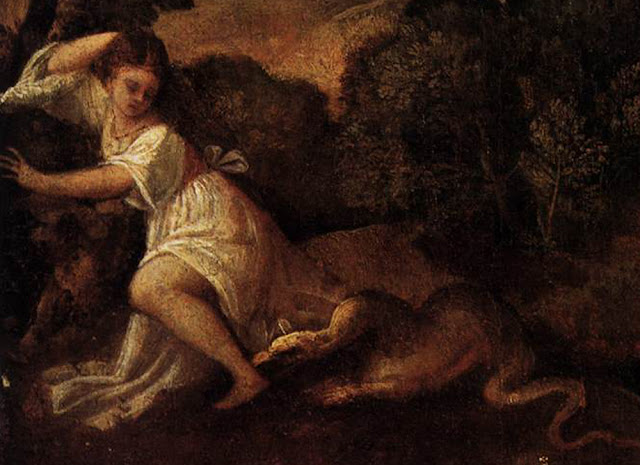 But then came the messenger telling us what had happened to de Euridice, and Orpheo set off to the Underworld; I made a full slew-round, albeit the voice remained nearly the same.
Why?
Because as he is standing in front of Charon doing his best to be let in, he is playing nicely, then whining and sawing the air and shouting that he does want to follow his beautiful Euridice and why he is not allowed to for he loves her so much and he will take her out for sure and it did not change even when Hope dropped his hand and waved good-bye, understand? To set off somewhere with no hope - who could do it today? It moved me so deeply. 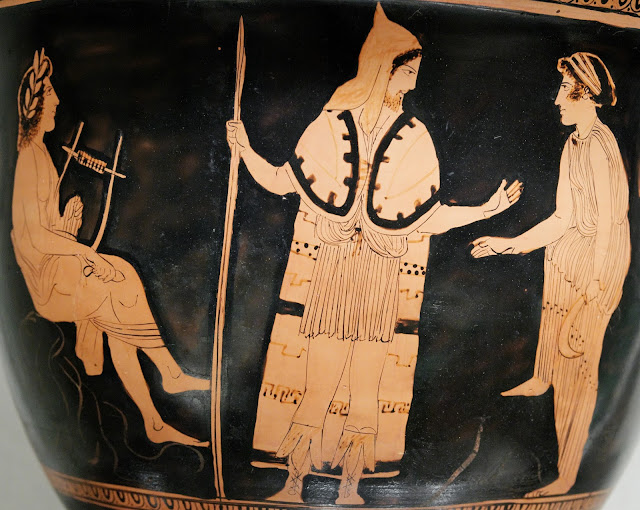 The story that a man loves a woman so much that he follows her to the Underworld has amazed people for 2000 years and has made them shiver; yes, it amazes these 1700 spectators in the Palace of Art even today.

Then the begging gets a response. Metaphysical infiltration is gradually becoming more and more concentrated. Orpheo wants the Gods to feel sorry for him. If you pursue something very hard it has clear cross-modulations in invisible Higher Worlds. And yes, Pluto’s wife says: this Thracian man in love wants the woman so much that we should find out how he can get her back …

The music follows the more and more complex lyrics, the spirituality in full fidelity just like Camerata Bardi imagined the comeback to Antique traditions in Firenze.
Orpheo, the tenor Villazón is simply excellent. There are fine whiffles and nice melody arches in the music, and again, the tooters, I have never heard something like this. Charon, a weakling thin man, John Taylor Ward, he has such powerful voice that the audience is rumbling with appreciation. The soloists are coruscating, all of them are singing by heart, they are actually playing.

The continuo is so perfect that I am getting the hang of why this monody was such a big success in the old Venice and why a complete novelty was borne for which no name was conceived out of the blue and thus it remained to be called the opera.
The Opera.

Then comes the climax, the well-known paradox of turning back or not, which has long shown the bitter example of how hard it is to go forward, not to look back trembling whether it is going to be fine this way, what people say about us, rather, do it, proceed straight ahead.
Thousands of books have been written about the unavoidable failure. It is far too serious. It is a bitter pill for us, men. That we will lose any way or another; that Amor’s command is stronger than Pluto’s prohibition and that Emőke, that is, Euridice, before she falls back to the darkness whispers beautifully: “You lost me with your excessive love”.

Then, in the end, after great sorrow, Apollo, Benoit Arnoult, whose voice took me aback, lifts Orpheo beside himself.

Here Monteverdi attenuated the story as we know that Orpheo, wishing to forget about his sorrow, made love with all sorts of women - Nymphs, Maenads who, feeling that their glorious cavalier is still in love with that bi..h Eurydice even while making love with them, they hate her a lot, and ripped him apart and threw him into a deep crevasse. Then they cleared  their hands by the water of Helicon river, and legend says, Helicon was so ashamed of it that its water disappeared from the course… 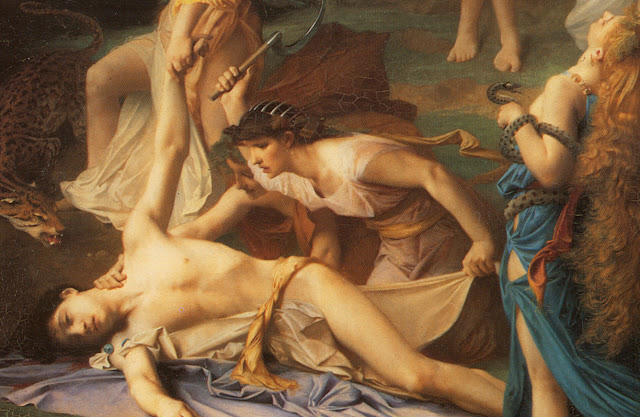 But now he is sitting next to Apollo and drums and rattles are playing with the hailing choir and the ladies start dancing gently on the stage, the violins are crying and laughing at the same time, the orchestra is playing so nicely that the women in the audience are swallowing their tears, the men are heavily embarrassed and a few people almost jump onto the stage from the first rows at the very end of the performance. 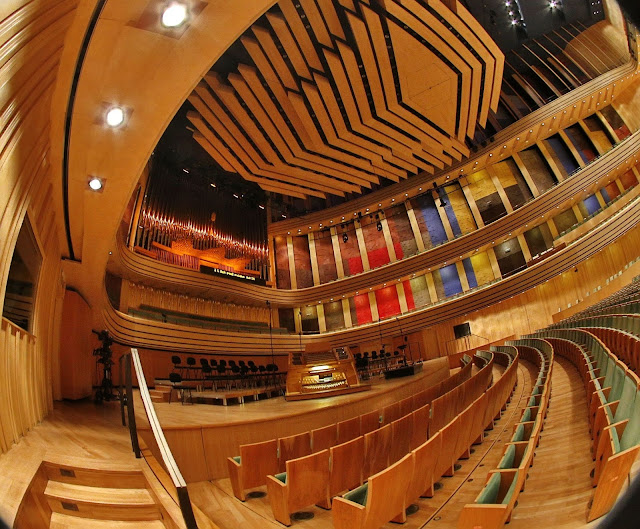 Standing ovation, the Palace of Art is close to collapsing, and, Christina finally turns back as she was directing back to us, she is glowing, I could see the same look in her eyes as in the inside of the record; 15 years have passed and nothing has changed and I think it is going to stay like this forever and ever.