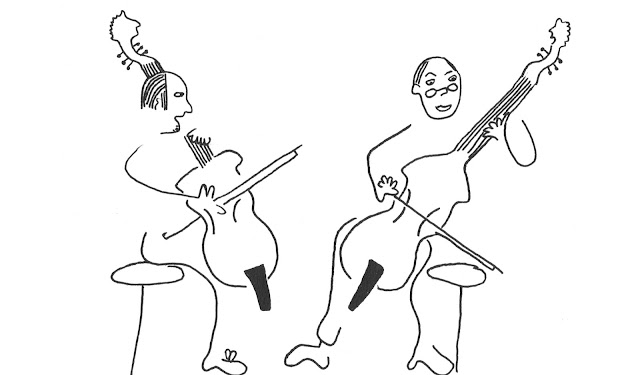 A viola da gamba is an out and out nice toned instrument; it sounds so beautifully that, as the saying goes, there is only better thing than a viol - two viols… we are holding the record in our hand now, viola da gamba duos. 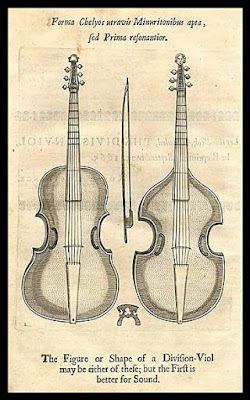 We might as well contemplate about the analogous arches as being Voix Humaines the two instruments can have a genuine conversation. The three members would be as much different as the metaphysics of the two diverges from that of the three. Yes, three can be asymmetrically divided into two, there is always a weaker, although the 60 degree of Trigon is the greatest thing happening on Earth. 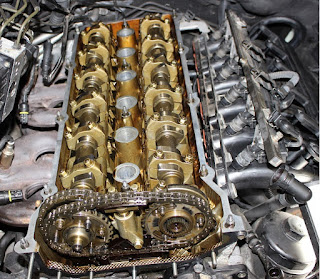 But the three-cylinder engine always has a weird sound, the six-cylinder is magic but the three-legged chair is even more stable, three people are conspiratorial power, etc. etc. the point is that three or more violas are a consort, a distinct genre. 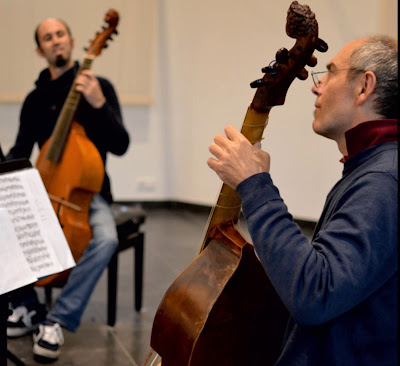 Only two are playing here, two aces, Paolo Pandolfo, who needs his being introduced should shut this page for they mistakenly stumbled here, no offence but they should roll Facebook elsewhere, and Robert Smith, leader of Fantasticus group, member of Amsterdam Baroque Orchestra, cellist and viola player is known all over Europe. 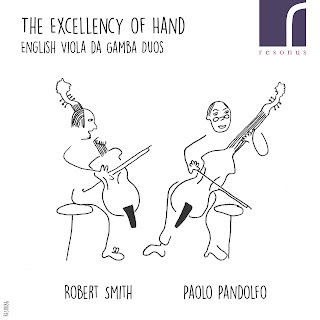 The cover suggests English Consort Music, however, the title is something else but being English and viola makes us associate to consort music which has a long tradition in England.
Having a glance at the composers, Jenkins and Simpson, they are familiar names, keeps us drifting on to consort; this word consort is slow, fine, billowing, very intellectual and many parts are complex enough, 'dull' as the English say.

Their beauty is immense but the yellow and turquoise and the hot red or any Mediterranean colour are missing from the palette. 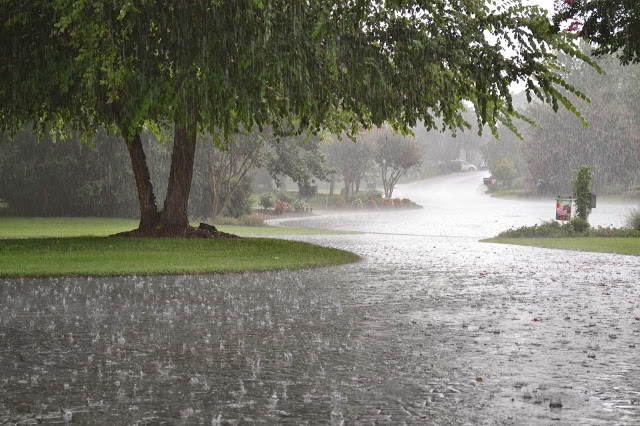 It always rains, we are in England. I think they near the greyness of Bach, although the sound of the viola is overwhelming, which is extremely beautiful.

Yes, it is quick thinking, as we glance at the cover, this is how our brain works, it keeps finding time minimum template.
It might delude us. 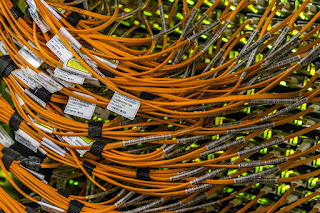 However, if we do not rush and use our quick mind, then we notice a few things which carefully contradicts the above.
Here is the cover. The joy and fresh whiff does not suit this seriousness.
Paolo Pandolfo. Improvisando comes to our mind; this special standpoint about improvisation - it is one of my favourite records and the dearest writing in the blog - and the other albums which are miles better than the average consort performances. 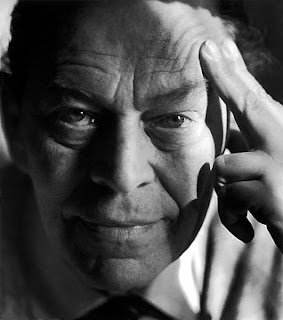 And, of course, the tile for Örkény told us to take care of the title; Hand-Excellences, that is, it is not only mere finger exercise or dexterity but something extraordinary, the excellence of hands.

Start.
It turns out later that we can start it anywhere.

The themes are started with preludes which are relatively simple melodies, harmonious accords, some are familiar and some are not. What is relevant now is how as divisions line up in the record. They are partly fixed variation forms; we know this form or rather genre-like thing as diminution in the old Italy. It is only a tool today.
Then it is improvisation, isn’t it?, ask jazz fans with glittering eyes, well, it is rather not, or, as the smart miller girl, yes and no, because the frame is very stable and moreover the rhythm is fixed, the melody is prescribed, it is not possible to deviate but everything is practically permitted. 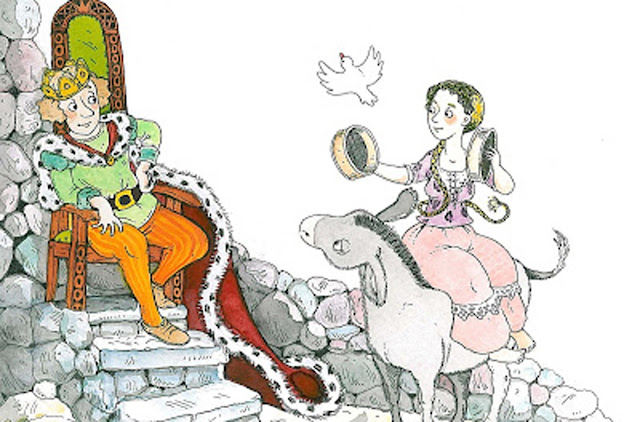 This leads to some irrational backfill, we do not get along with normal music mathematics. It is rather choreography and complicated schedules. And some huge, unbelievable freedom. 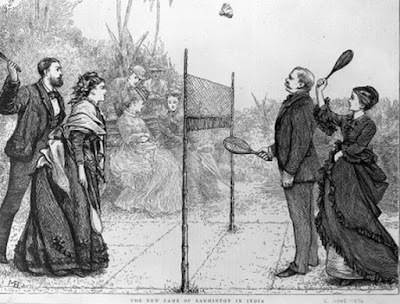 Like a tennis party or rather badminton round. The basic melody, the serving starts, goes there and back, the two violas take over from each other sometimes with weird twists, it spins and hisses, it flies high at times, then it goes under the net, it is practically a downfall, lower exposures are working, even the glass is vibrating deep as far as the magma, the fire is visible and back again.
It is a nice round of balls as they say.

A materialised conversation. Genuine language with rules and a sound system, determinants and tones, only the base, it is not the letter.
Then the music sound? It is simply there like the carbon atom in a diamond for the design is what counts, the angles, the know-how of consecutiveness.
The inner dance. 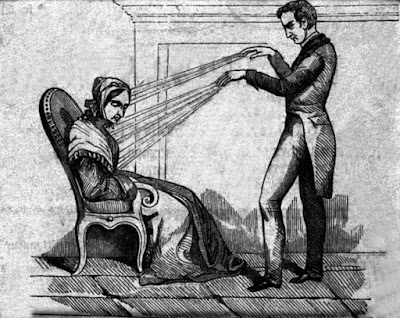 The performance makes me hypnotised. I have been listening to it for three days since the record was mailed. A sounding fractal. The more we listen, the more unfolds. Cavalcade of ornaments. First in nice doses, the magician shows his hands, you can watch him, no trick, but in the next moment it is impossible to follow up. It is a nicely tight, straight, light play all along. Great elegance behind the lightness and a rare knowledge of the instrument even at today’s high-brow supply.
That diction… 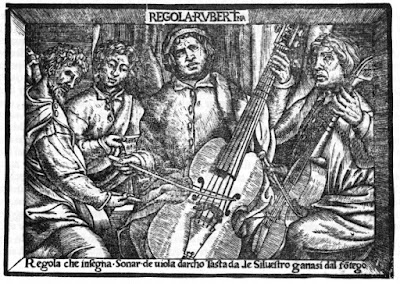 Do you remember Ganassi’s tractatus and the behaviour code of the performer? It is around 1524 just like at present.
First we do not present what we know for the sudden attack is distasteful. To play simple things in a not so complicated fashion in a way that it hides what excites the competent audience and the sovereign they are performing for acknowledges it with a reserved nod that he comprehends it. Many musicians strived for these nods in the old times. It could mean a gravy train until pension at the court.

A genuine conversation. Sometimes argument or even a slight competition, who can say bigger, but mostly a conversation with much to say. 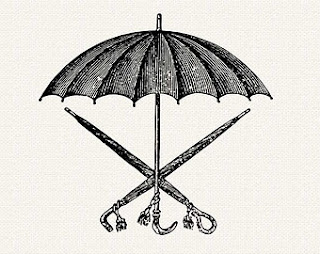 The weather.
All serious conversations start with it in England. The Sun and the winds. What did the Queen have for breakfast? Then suddenly: Why were we born anyway? Then the stars. The ocean and the distant continent.

Remote towns where the people dress strangely and do not wear hats. 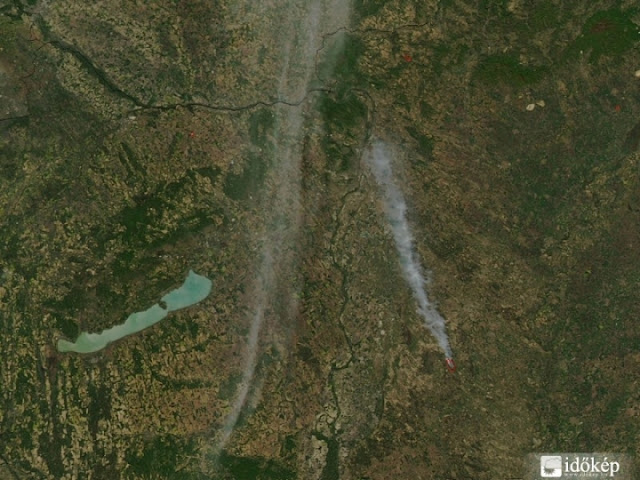 Then a country with a wonderful capital city where they speak a language you cannot learn. [and translate either]

Where some people will put on this record.


This noble hope sweetens my solitude.