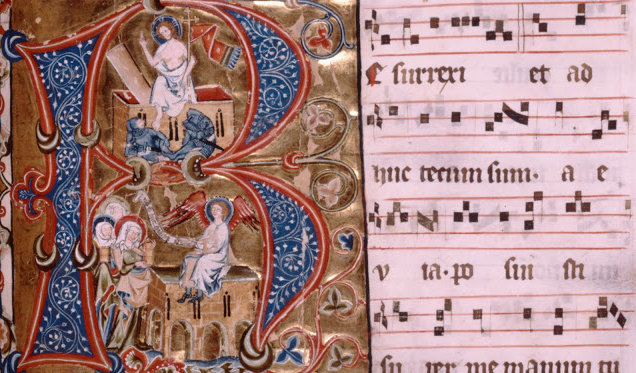 Let us backtrack as much as 300 years from Baroque; more precisely the year around 1405. 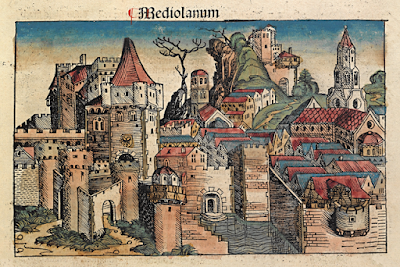 Albeit many beautiful codex and astonishing decorative arts. 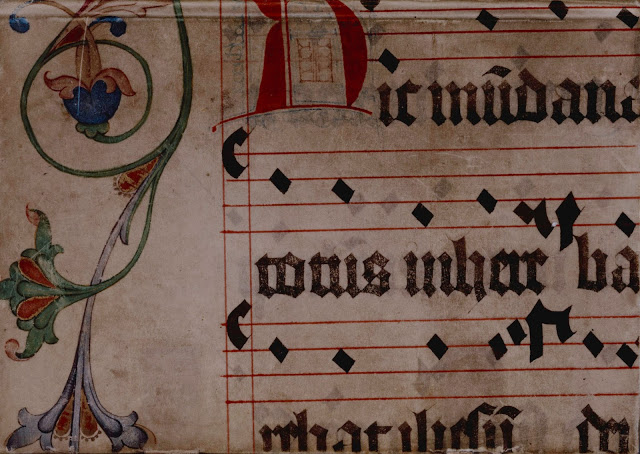 This era, the extremely narrow and secluded slice-membrane of classical music is dear to some. Many treasures were found; the area was raked to some extent, more exactly the surface is scraped; excellent records were made.
This record was produced based on Modena Manuscript in 2000. 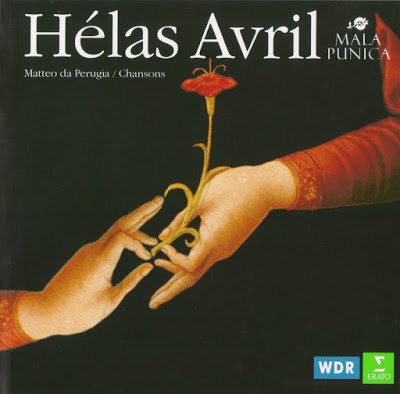 Early Music caught on slowly, the ice cracks in Hungary ill-famed for being backward. Obviously, do not expect an entry with fanfares, do not try to find old centuries on the posters of MÜPA, however, part of the audience opens up to Early Music. 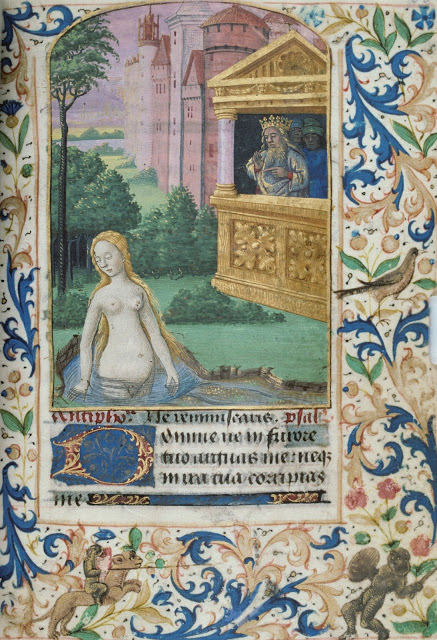 Helas Avril.
My very favourite.
The record contains old chansons; the one giving the title is a three-piece virelai; this genre is one of the old famous Middle-age Formes Fixes; there were ballade, rondeau and virelai; it was the strict poetic standard the time.
Strangely, also music standard.
At the same time.
As stable as sentences have subjects and predicates. We can see that everything was very much different in the past; culture as notion did not exist as thought of today but the unity artistic branches existed already. You can say that it is an abstract speculation but pleasew remember that we are before the accustomed major/moll hegemony. 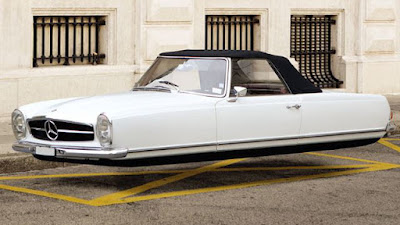 It is so inconceivable as if the car driver was told to set off but the wheel has not been invented… It is an obstacle of reception too because we can get accustomed to clichés that we regard them as sole reality; fortunately, human psyche remains somewhat open for cases like this.
It is entirely distinct from the former.

What is it like?
Beautiful, it is the first that comes to our mind. It is fully weird and strange but extremely harmonic. The melody, the parts and the ornametations wind differently from the expected. Strangely, after a few listening it is clear that it is good as it is. Cleanliness emanates; the ladder is upright even when you must follow many strange and unreasonable windings. The harmonies are based on a different system but can be received well in a couple of minutes. 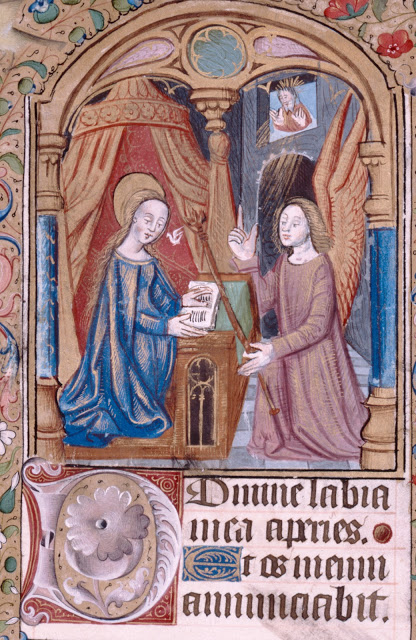 The soprano is Jill Feldman who has grounded reputation, her voice is amazing; almost incomprehensible at upward shifts. How can it be so precise, strong and fully homogenous. Her sense of unfolding the meta-meanings beyond the text showed up soon, which, in this genre, is a rarity even in today’s generation.

The instrumental parts show the same tissue; togetherness is different from the Equality of the Renaissance and the Servility which comes at the Opera 200 years later.
The variation means a more interesting thing than in later music.

Who dreamed this record is Pedro Memmelsdorff, born in Argentina.
Who is he? He used to be a president of Early Music Academy in Basel, which started European Early Music; they have financed loads of education and research since then. 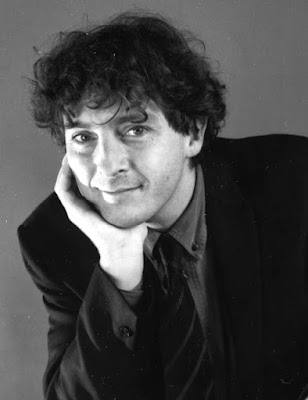 That we are listening to this record 600 years later makes us contemplate. All of us know the notable music and composers of the next centuries even if only some are personal favourites. We cannot sit before Helas Avril with virgin ears, Bach and Monteverdi, Tchaikovsky and Stockhausen, the Beatles and Smoke on the water, the House of the rising sun and Amelie’s music, the monotony of rap with rarely demanding lyrics are whirling in the background. Also the environmental pollution of Class FM.

Image culture has become independent and has taken a fully different turn from codex initials. 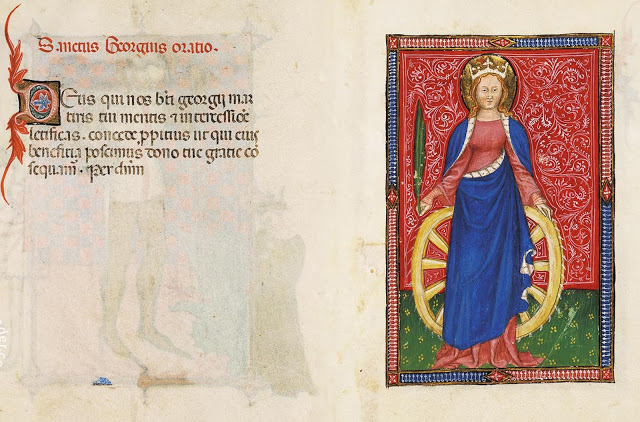 When elevating them we stand around them like a gold hair-lock plaited by seaweed whose glistening breaks through the dimness. 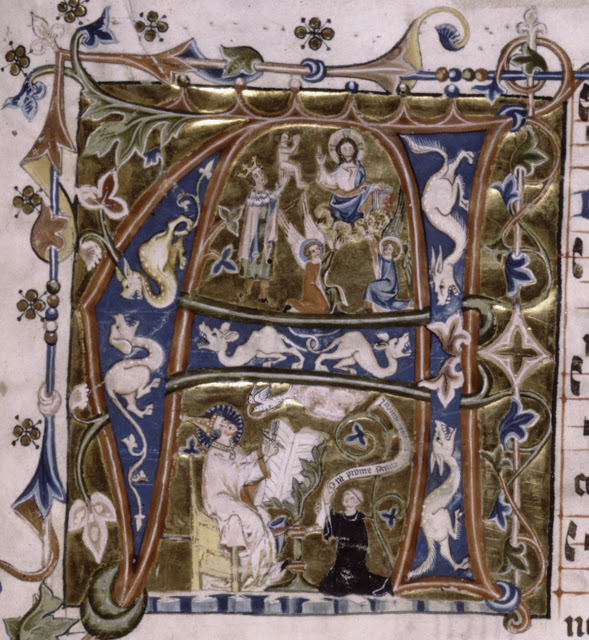 Is it a music for not-to-everybody?
Maybe.
Take it easy.
Taste it.