I have a lot of records which, I guess, are excellent. As a real snob I collect them but while listening to them weird things do happen sometimes.
Bach partitas.
Legendary music, the performer is one of the best, the instrument is a master violin, the record is SACD, the sound quality is perfect, it is like a barbeque party - we have gathered everything to make it good - a nice company, fine weather, charcoal ready. 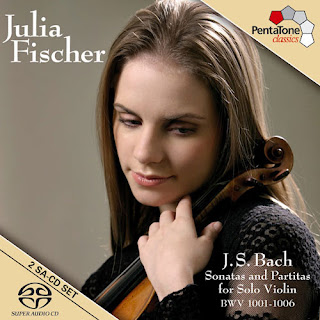 It starts nicely, great enthusiasm, fine smell tickles me; some special tone in the wood of the violin, the playing abounds in inner flame. She is really excellent. Some time passes and then there is something extraordinary taking place. Something stalls inside me.
It turns grey, it simply gets out of the interest we ab ovo listen to music. The record is on, something turns strange, too complicated. The melodiouslessness is simply painful. The CD player is relieved when disc removed.
Albeit so good listening it was.

The violin, no matter how nice the sound is, is not proper in tone, it does not do alone. It scratches and slashes without accompaniment. It is not its fault, it should be part of an orchestra. OK, let us see something else. Cello suites come next. As we are hysterical about the tone let us turn to a transcription to viola da gamba whose tone is more integrated. 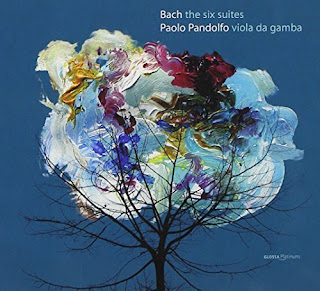 Indeed, the chime is like spreading bread with butter left outside the fridge - it magically covers all the sound range, all the small nooks are filled up. Voix Humaines - it is the reality now. The performer, Paolo Pandolfo reminds me of a Norwegian friend of mine saying that he hallucinated him being melted with the instrument, seriously, they became one structure.

Anyway, we know Pandolfo, I have written about him. Since then I have been stopped in the street to give at least a copy of Improvisando for the fans… 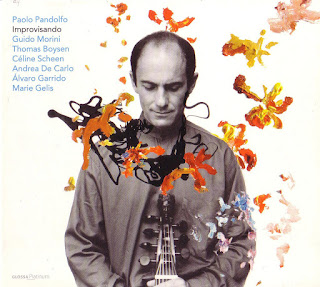 Listening to the record, however, the former experience is hauntingly repeated. We are taken aback right away by the outstanding music. Then it winds somewhere, we want to follow it but get lost. A grey forest. Something descends on us. We want to go out but Ariadne is gone to buy shoes, her purse contains the thread what we call melodiousness… 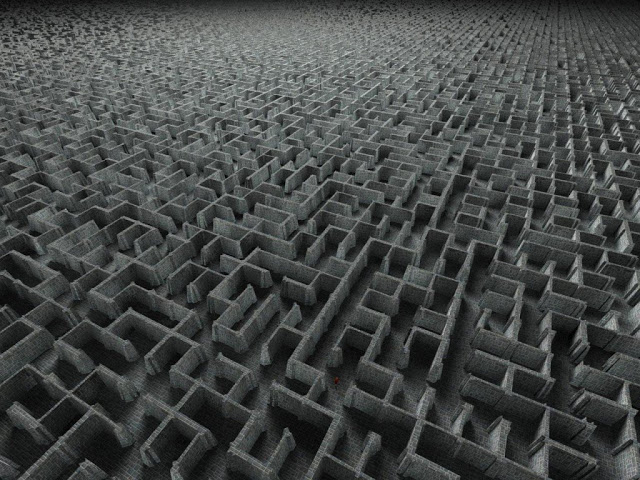 We take the courage to try a Mass in B minor, the one and only Agnus Dei is beautiful, but the whole thing fails.
The Brandenburg Concertos make us admit, strictly to ourselves that it has not one honest note.

It is worthless to debate over tastes, it is too personal. We would rather think in broader circles, if listening to music has stranded, let us rake up a few things which come to our mind. 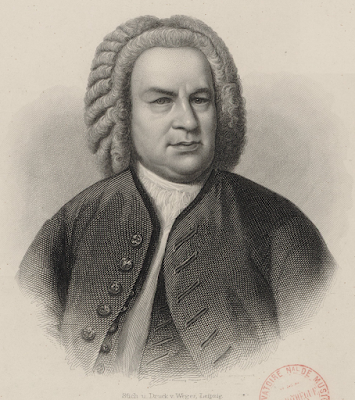 Musicologists make mention of Bach that he provided huge possibilities for musical expression by introducing the tempered scale. This light note was deeply recognised by some people and they went on and included it in their novel (Krasznahorkai László) or it became the core idea of their film (Tarr Béla). 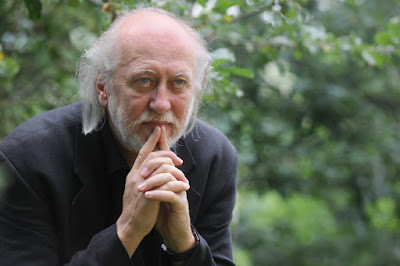 What did these artists notice, who are philologists rather than musicians?
The strange twist that music education is based on Bach music in many schools and Bach was the summit and summary of the Baroque. But his core solution, the scale adjustment he elaborated with Andreas Werckmeister is nothing but parapraxis.

A lie, a mathematical experiment which is rooted already in music and the sleek audience walks by. 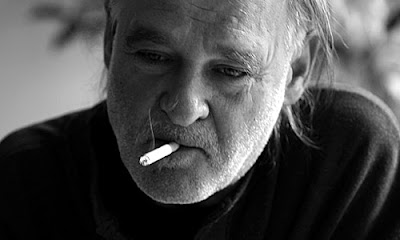 Well, they could not hold their tongue. The film is excellent anyway, even if this music thing is excluded, it will be hard though, as it is the title itself.
There were and are no huge debates, there will not be either; many do not even understand what the problem is.
They act like Valuska in the background who gets bored in the middle and takes French leave...if you do so, no offence, seriously.

Obviously, there are sensible objections, for example, that there were at least 70 kind of tuning systems by the middle of the 1700s -the real number could be three times as many -which means that everything and the opposite were tried in tuning. No sound or interval remained to apply on instruments.

On the other hand, the little necessary rounding balances on the borderline of audibility, the unprofessional audience will not hear it. In return, they get much more; they can be delighted by much more tones and accords.

The really good debater adds that if we cling to analogous thinking then why we want music to approach the audience on the basic string median Pythagoras scale today? When the world and human existence shows fundamental changes even 100 years retroactively?

Actually, the problem is philosophical nature, it can be understood from a metaphysical point of view. 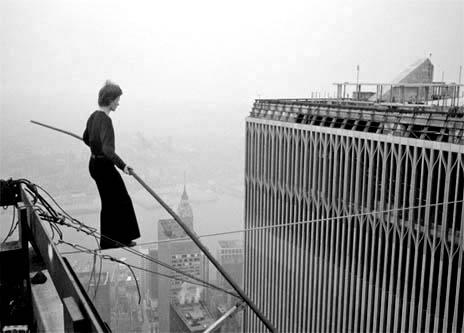 The painful point here is the temperance in advance, that is, intended deceit, a lie, moreover, it is acrobatics over the artificial protection net of music arithmetic. A basically non-number, no arithmetic phenomenon was quantitatively divided, an equal sectionalising never occurring in nature, that is, artificial, mannered, fictitious, plastic.
Anyway, what is plastic? 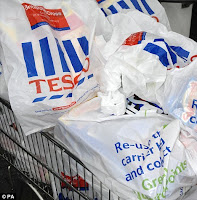 A composition never occurring in nature. So plastic is artificial matter like a Tesco shopping bag but bitumen is not that. 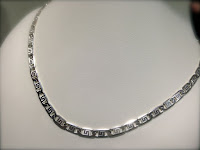 And there is one more artificial matter nobody thinks of despite the fact that there is loads of it on earth, the most frequent component. 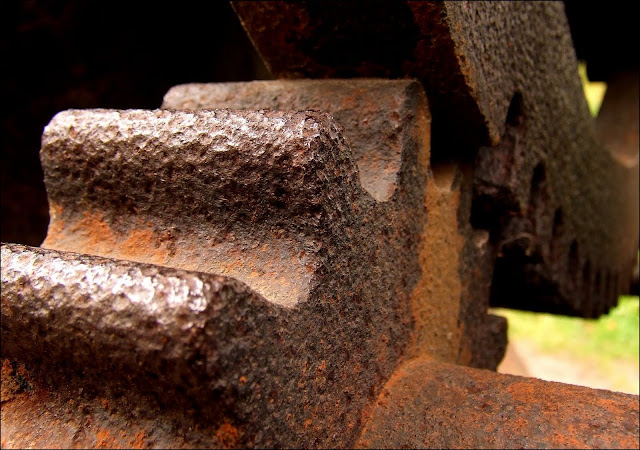 Yes, iron, the Ferrum, which occurs in its oxides only; we have reserves for thousands of years. Thus it is clear why man lives in Iron Age. 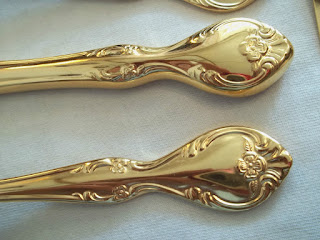 And Golden Age does not mean that forks and closet seats were made of gold.


Therefore, this whole scale adjustment is an intervention in nature as if we wanted to linearly explain away a logarithmic process like the spread of sound. The rightfulness of this is nourished by the spirituality we might as well call rationalism. Which says that we need not whine for I shall look at the sole of my shoes or my laptop; they are artificial, too and I should believe they are not from the Moon, they are earthly things, results of serious intellectual creation for it is a big thing to manufacture an Esc key from 25 drops of crude oil.

So it is the normal order of things described by the word development.
Indeed, it is the correct way.

Metaphysics comes in which gives an insight of spans in the background working according to a much broader system.
Thus Early Music is of clear idealism, we have discussed it thousands of times, it is the earthly interpretation of heavenly harmonies with fine perpendicular geometry, actually, it passes on what it receive. The significance of the individual is low; it is only that somebody shall pluck the strings. 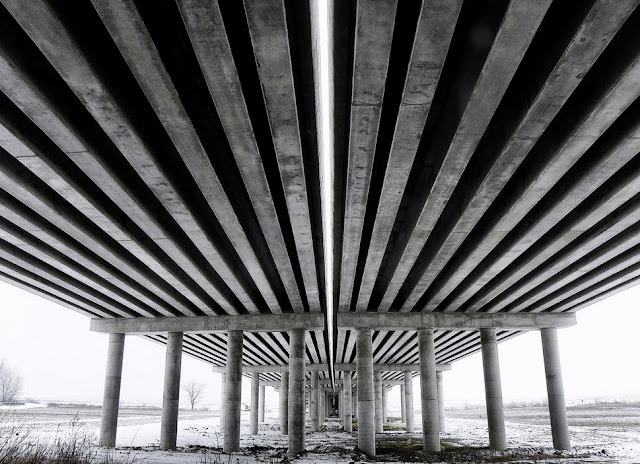 However, we can see here that a masterly parallel musical galaxy has been construed not deriving from the basic correspondences but artificially constructed. It is perfect order according to the formulas of artificial mathematics.
To put it more carefully, an extra step was added to the system. The direction is still upward but not perpendicularly but on a slightly curved track flicking back and forth whose degree of freedom, dimension is seemingly bigger.

This surplus is built on a false system.
No matter how much we would like to believe the opposite. 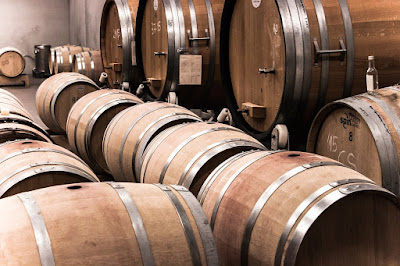 A wine trader who dilutes wine with 1/30 water. He might as well enhance the flavours; nobody but the qualified hardcore experts will notice it. However, he makes it public on a billboard saying Wohltemperiertes Klavier taught in schools. 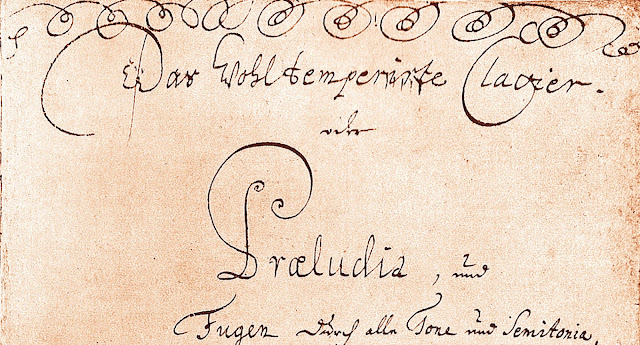 Is it not distastefulness?
Quite disgusting I think.
Anyway, pure protestant thinking is relating which intended to repair a big and stable system when it collapsed. The problem is that the cathedral took in water and the rain fell on the congregation they did not start repairing the roof but a new building was erected which lacked the essence but the roof. It was alright, nothing falls on the head of the believers not even what should. 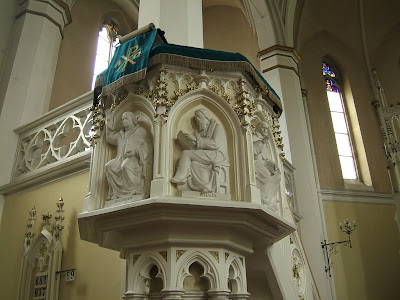 And then let us reverse it - why are musicians offended by this criticism if they care about it at all. Because WTC is curriculum indeed, mainly Bach’s music. So much that Early Music education starts with him.
They are socialised onto this music, they grew up with it. Tthey inhaled it. They cannot step out of this program frame as much as I cannot from my world of music.
It is a bit like a language. 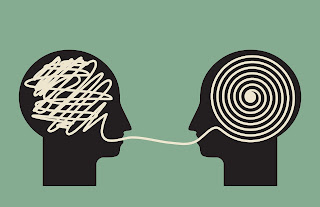 Imagine how hard it is to learn one single foreign tongue in which, apart from mama and existentialism there are no similar words.

Moreover, metaphysical thinking is not a base for most musicians, they have a different profession, why should they be good at it.
We should not foster illusions - they will not roll in philosophical courses and listen to more Early Music to extend their horizon. Means that Frescobaldi is an Italian wine for them, da Milano is a football team, and Machaut is a strange unpronounceable-named French actor and vihuela exists in museums only...
As much as I will not listen to more Bach, with which I might acquire the language whose non-comprehension excludes me from the joy of his music.

True, one of the most undeniable counter-defending argument is that it is not music in the traditional sense but much more, things happen by another higher system, its follow-up can be learnt, it is high time to start it…
There are other things, too - e.g., I keep on regarding sonata form as bad pressure but they patiently explain that the triptych inside it is of metaphysical importance, crystal clear synthesis, genesis, elevating the music. 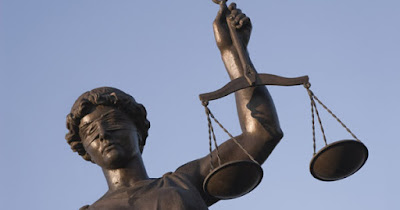 Then where is the truth? you might ask rightfully.
There are questions which cannot be answered.
For if we step back to see a bigger slice of the land we can perceive that many works of Bach, for example his Passions ascend to a higher reality; a Glenn Gould”s Goldberg variations heard on good set gives us the creeps for sure. 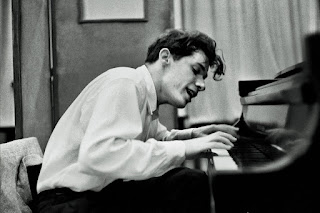 Bach stands out of the pile of the many works of many Baroque composers so high that his cult is fully understandable - provided we do not know the really good ones. 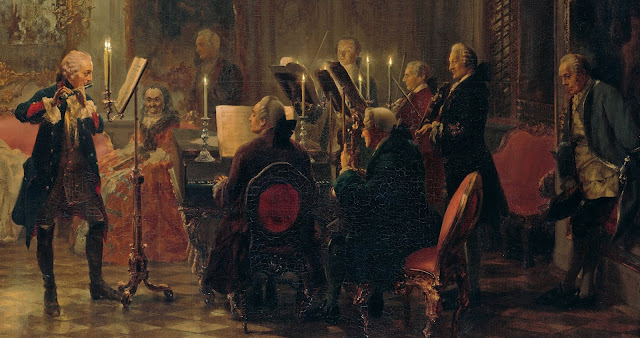 I suggest that the above problems or remarks should not generate an entirely vain debate. Rather, they should enhance the complexity and versatility for the fans which is and was the fundamental feature of all big thinkers and artists. 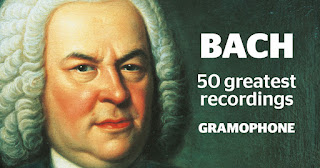 Therefore, who is fond of Bach’s music is not likely to read all this, he goes on. We find no fault with his taste.

Who feels slight discomfort why he does not like this music that much or why he cannot jam Mathew Passion into the CD player after Monteverdi’s Vespro - this text was written for them.

And, who wants to go on, the road is open, there are records, we have Youtube; good news is that a new Early Music generation grew up who might be big help.

Are we against the winds at times? 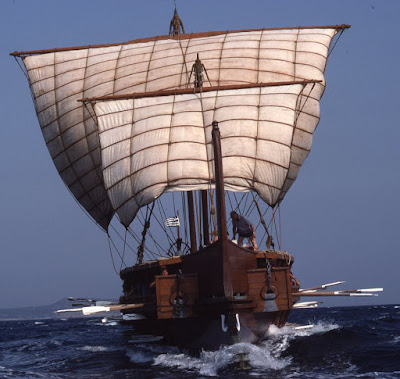 We should be bothered, think of the square Phoenician sail canvas which nicely cruised in downwind, it pushed the loaded ship caravans providing a fortune for the merchants; you cannot fail with some music history education and knowledge of meteorology with an instrument at hand, a safe bet, a huge base of listeners and experts in the background, you cannot make a big mistake.
Even the word suggests it - mainstream. 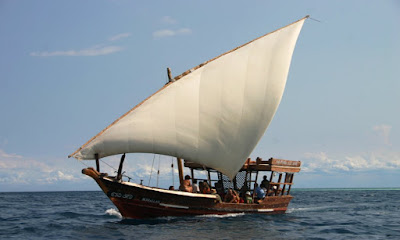 The Latin sail canvas, triangular, which has aerodynamics, relating to aviation, it pulls well even in headwind, the Romans combatted everybody with it on the conquered seas, it was used by Portuguese colonisers’ caravels.
Even if these ships upset very easily when making complicated manouvers.

Sitting in the Wercmeister Harmonies, 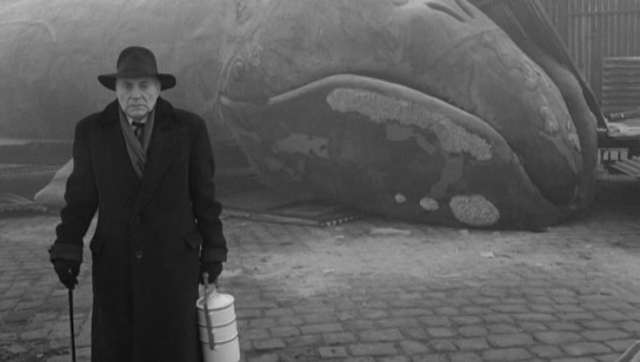