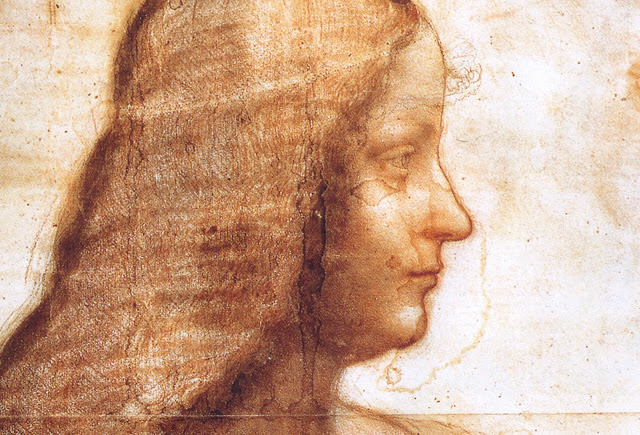 Let us start with a picture.
I think it is extraordinary.
We do recognise it, yes, it is the masterpiece of Leonardo da Vinci. It is a relatively well-known painting but how does it get here in the recommendation? Well, through the lady whose influence is still felt and reached you too while reading this. 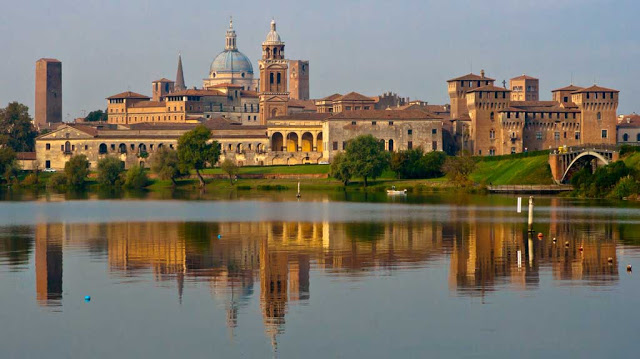 Isabelle d'Este, the famous Marchese, in the court in Mantua - there is much to read about her. The outdated assumption that Mona Lisa is her portrait takes it all. 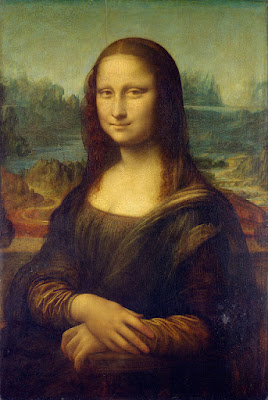 Her extraordinary intelligence, patronage of culture and diversified contacts in diplomacy flooded around a life which was similar to an adventure novel rich in turns documented in details by 12 thousand letters she left behind. They include everything from the wars to the length of hat-pins. 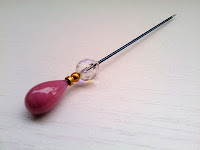 There is an Italian ensemble which took up her name; it was only an ad hoc setup, time blew them apart, the members play elsewhere since then, 20 years have passed, but I am holding their record, which is fine.
And, yes, we have the right guess, it was a lady’s idea, Ariane Maurette. 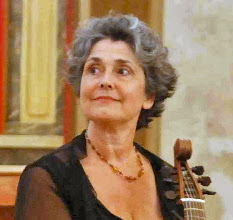 Remember her name, mention will be made of her. It is an interesting point of intersection in the Matrix.

The works of Andrea Falconieri. They are notes and settings heard relatively rarely in a nice collection in an album. 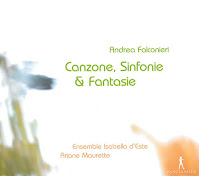 The first edition is a Symphony from 1994, it is vanishing; it can be bought in Amazon for the price of gold... 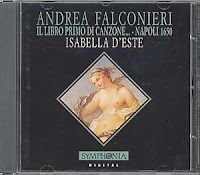 Falconieri - Naples again, and the special glittering radiating into the soul, and music especially. To such extent that this Napolitan Music became a distinct chapter of the history of music. When he arrived in Rome in the 1600s, she was the weird stranger who brought a melody with her which fascinated the noble audience. All the pubs played it… It was the famous Suave Melodia, popular for centuries. It is even today.

From the point of view of music academy it is nothing special, a few nice chords with an interesting timing of rhythm. Nice melody as the title suggests. It is not complicated.
Or is it? Each repetition is adorned differently; there is a dissonant ornamentation in the middle; it is far from a well-formed sonata or even fugue but the intertwining of chords makes it special.

Like a blanket stitch. Sewn together though loosely. And, of course, it has no ending. A Mobius tape was sewn round. It is obvious anyway, remember, Ariadne’s clew led Theseus out of an endless labyrinth; it had to be wound up in some shape... 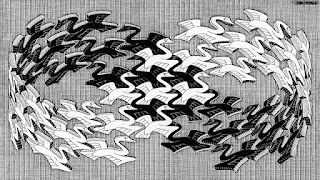 The effect on the given receivers where the resonance points meet is very strong. Like a call to listen and admire, and, at the same time, there is something frightening in it with this constant restart. We withdrew the record long ago, stand in a queue for a crescent but it is still playing inside us…
Here is a beautiful Passacaglia; the tooter’s entry, like a fine breath. That nice Lamento bass again…

The instrumentation and play are fine. I like it very much when somebody plays the violin like in this record. There is no enforced virtuosity, no “I will show you”, he simply shows us the melody rather than himself. Like Monteverdi did not flood his unhappiness onto us but tells a story beyond Arianna moaning. It is a real metaphysical sadness. 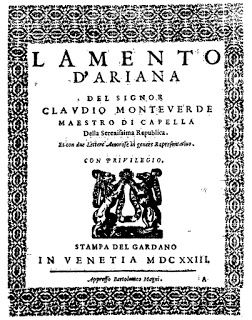 Men, these few chords fall into such complicacy? You need not run away or even believe it, it is only the distant frame, the dim philosophical background of Early Music - the point is the beauty radiating onto us.
Do you remember what László Krasznahorkai said? 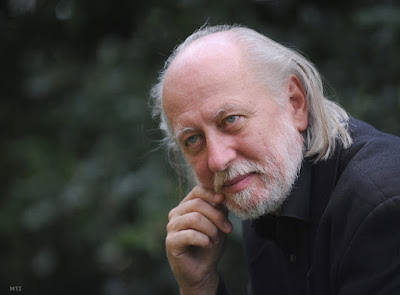 The creation of perfect beauty produces and invigorates the highest intellectual order of a civilisation.

Was he listening to this record while writing the above down?
We do not know but these thoughts are in synchrony with the metaphysics of Early Music.

As a closing this Leonardo painting comes to my mind. 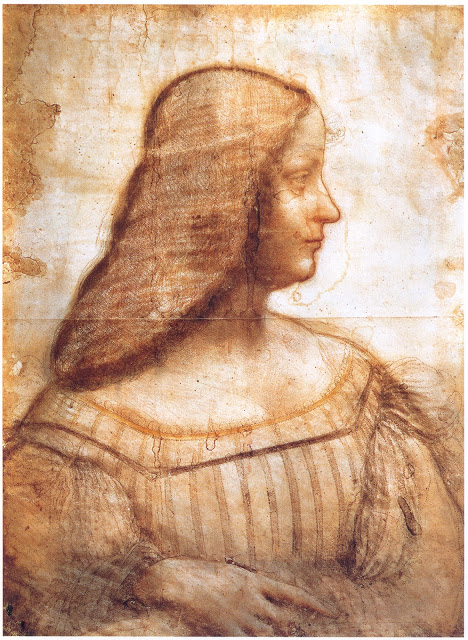 For it remained inside like music; it was captured in our mind. Or rather the opposite.
Having a longer glance it is just like Suave Melodia.
It is Suave Melodia indeed.