Heart-boards - The music of William Byrd 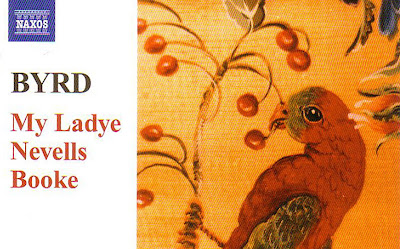 This is a Naxos record.
This record company is famous for its cheapness. Minimal booklet, a lot of second-line composers and performers, shallow sound quality – usually not recommended. Strangely enough, there are a few exceptions, though, and some genuine pearls may accidentally get mingled with the lot of phoney fake/semi-precious stones. 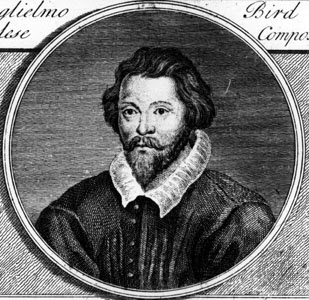 William Byrd – he is regarded as the greatest English composer by many. He used to be the organist at Lincoln Cathedral in his early years until in 1572  Chapel Royal offered him a well-paid post in London. Owing to his exceptional sense of diplomacy he survived the obtrusive push of the Anglican Church and, although he was a Catholic, even Queen Elizabeth turned a blind eye on his religious discrepancy since  he composed high-quality music for the new Protestant liturgy. His main profile was sacred music, masses and motets together with  transcriptions of psalms from song- book collections. In addition to these, he had a collection of keyboard pieces, My Ladye Nevells Booke, which was published in 1591 and achieved great popularity. 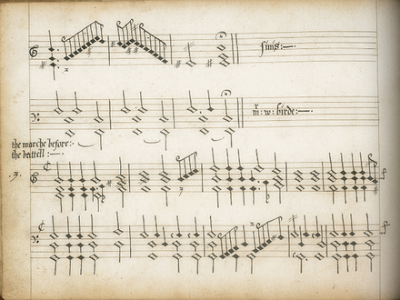 The collection includes pavans, galliards and variations, some are in rigid counterpoint form, some in Italian-like free style. The queen loved this instrument and played it herself, which was assumingly the secret link that ensured  a lasting invulnerability to the renitent composer. 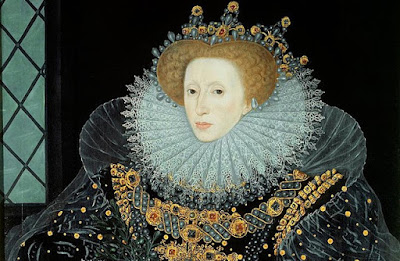 On this record we can listen to the musical instruments from the workshop of  an  American, Keith Hill, fascinating us by four different ways of sound. It is an undeniable fact that America known for its lack of culture makes up for its handicap in the field of instrument building. 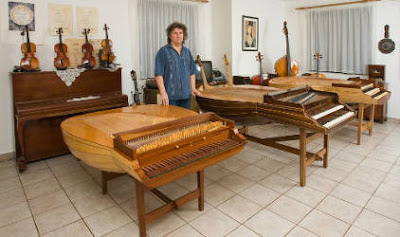 Luteharpsichord – a strange side branch of plucked string instruments, its sound is not quite similar to that of a lute and even more distinct from a harpsichord – it is a totally new sound. The tone is sophisticated and moderate but a 'great' sound with case-resonance, it is extremely elegant while the mechanic noise is there in a discrete dance in the highest register. Comparing it with a good piano record can be very illuminating: the focus is on the difference between pounding and plucking, which will not make piano fans lose their conviction for the two repertoires have no intersection whatsoever and the probability rate of live performances is 1 to 16000 in favour of the piano, thus no change in preferences can be expected.

It is a very rare instrument, though something similar was made in the workshop of Tihamér Romanek in Hungary. Those few who had the chance to hear its sound say unbelievable things about it. 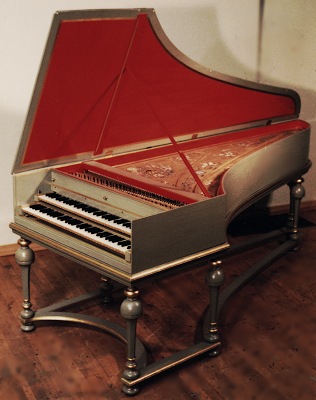 There is the Flemish double-manual harpsichord on the other extreme, two of which appear on the record and both are copies; they produce an incredible array of overtones softly expanding into a whole orchestra with a low octave that sounds lower than most bass instruments.

And there is also a genuine simple-manual Zentis from Rome. This has a lean, clear, simple and more straightforward tone. 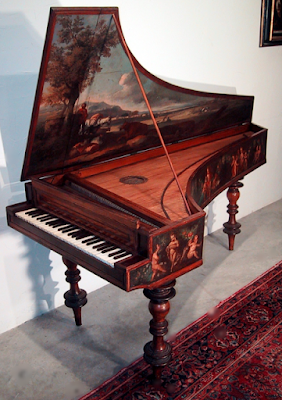 Unfortunately, the role of the hifi cannot be left unnoticed here. A favourite pastime of our beloved audio systems is to distort those overtones which the resonant layers of harpsichords are so much full of. Although the rate is 0.00 something only, it is still not very difficult to get to the level of unenjoyability. And it all can be due to a single cable...
But when magic occurs, the sound experience becomes pleasant and pleasing with full capability to drift us into this musical galaxy.

Being plucked instruments, they cannot produce piano/forte. No matter how we hammer or pat them, their volume will not change – our arsenal seems to diminish but it soon proves not to as what we have left will seduce us more. Such is tilting that plays a significant role here: a faster or slower plucking will make the chord react in a different way. Sometimes the sound is so gentle as the one produced by a slight sweep of a guitar accord with a clearly discernible resonance of the pluck, which is made of goose feather or a thin piece of precious wood. Some other times the quick touch produces overtones so different that we can hardly recognize the same key. Thus there is this strange situation when the performer plays piano or forte on the keyboard, yet it is not the volume that changes rather the tone instead to a much greater extent than on a piano.

The other one is the rhythm, or Tactus, which develops into an intricate network intertwining the basic rhythm, the spread rhythm, the rhythm of the decorations as well as the phrases of musical punctuation and constantly modifying the growing or decreasing deviations from the theoretical metronomic regularity in accordance with an inner rhythmic pattern. This way it all contributes to the encumbrance of engineering activities aiming to produce these rhythmic patterns with a synthesizer or a robot. 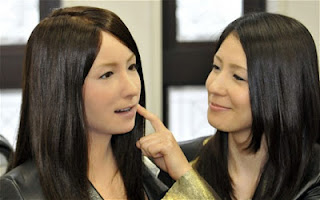 These latter ones are by no means to despise because it is just enough to think of those humanoid  robots that are capable of continuous small talk accompanied with mimicry and humour in an adaptive way, thus they can also be taught how to do so –  however, we will certainly be able to tell the difference when listening to an old keyboard instrument for a little more while.

To set up a model for the irregularities of organic systems, which  in our case derives from the personality of the performing artist, is extremely complex and the correlation is still unknown. If we consider the rhythm of heartbeat, we shall see that its being regular is far from the truth. With a more close examination we can discover some surprising facts, namely that some deviations from the rhythmic pattern have an underlying regularity thus they correlate, while others display a seemingly chaotic behaviour. The situation in live music is very similar to this: the behaviour of the harpsichord, being strongly rhythm-based, is easily discernible even for unexperienced ears. What makes it even more intriguing is the reaction we get from the performing artist saying that it is not something they are aware of, they just play the music the way they do because this is how they feel  or think, and that is all. 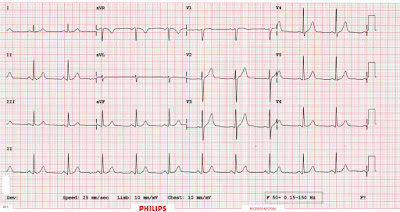 Our [Hungarian] language in some cases has preserved the depths of metaphysics. 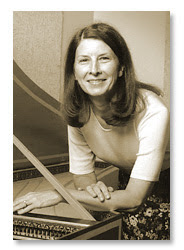 We say that it is the lady - Elizabeth Farr - playing from her heart that makes this record  excellent.