Noa Noa - In the land of the Maori 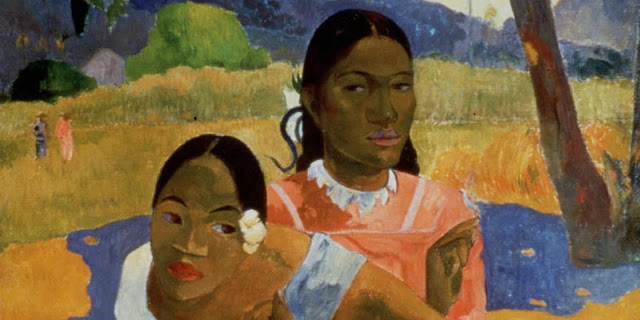 A real speciality has arrived.
NoaNoa Lingua Vol. 1.
Before or after listening to it, let us see a few peculiarities.

Lingua is the tongue that we have in our mouth; Noa simply means fragrant, while Noa Noa is obviously not fragrant-fragrant as language is always something more complex than this, and it is even more so in the case of the Maori language: their view of the world and their spirituality differs from ours to such an extent that is is really difficult to translate this language. Thus this phrase means 'land with flowers', or, in other words, a great place, an amazing one; and then, in addition, comes the semantic field of all we have got to know through the voyages of the painting genius, Gauguin in Tahiti. 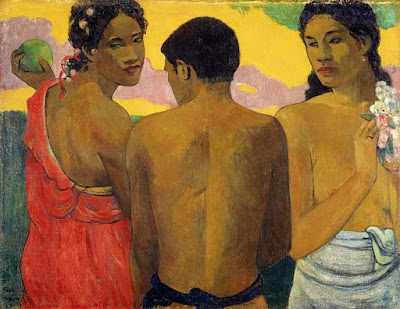 Without Gauguin, this phenomenon would be of interest to ten linguists in Europe dealing with some exotic languages. But owing to Gauguin this is now part of the all embracing formation that we call universal culture.
Noa Noa is the title of his diary-like writing, which has become the symbol of boldness mixed with unlimited freedom, an elevated synonym of the now-we-leave-everything-behind artistic attitude. 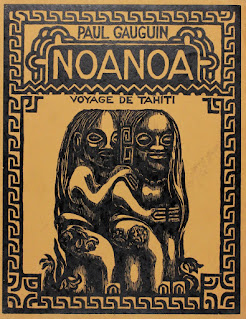 Noa Noa Lingua is a project in Portugal (read more): two musicians, who we may have already met on a few records, Filipe Faria and Tiago Matias have come together and created something that encompesses the colourful musical, linguistic and cultural features of the Iberian Peninsula in such a way that their differences in particular will give the essence of the whole. 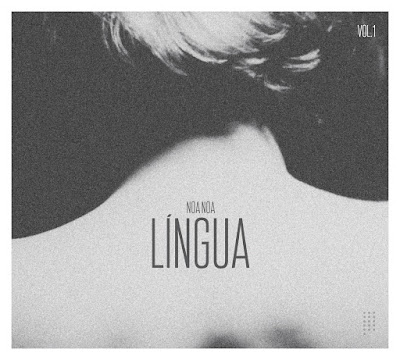 This record is a musical version of this project.
What is the music like?, well, it looks like a selection at first sight, as the Iberian Peninsula does display a musical unity, where Portugal, Catalan and some other groups unknown to us are enlisted, giving the impression of a mixture of early and folk music, or rather a segment, which is nicely  incorporated in our contemporary world.
This is exactly the stuff that will send me up the wall since most World Music crap promise the same.
But the title and this strange cover still manage to drive our anxiety away. 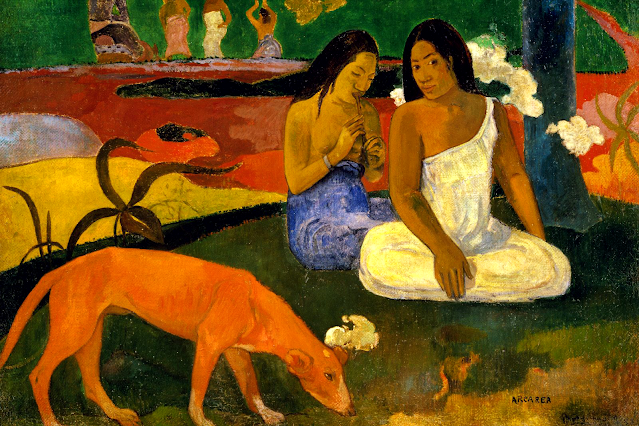 So let's see.
We'll surely get an answer, we may also be choosy as noone is to disrupt, our taste-cage is given, record in, first track.

This is something else. What it is in reality shows itself only in a couple of days later though. The first hearing already reveals the minimal instrumentation: just one voice, one string and a few different percussion instruments, only two people performing. There is a monotonous base line, just one harmonious chord up and down, which is the same all along. Singing is gentle and intimate, nothing particularly attractive; some of the harmonies may sound familiar, some are turned towards lighter music styles. Beauty and clarity appear, very similar to those of the colours of Gauguin. 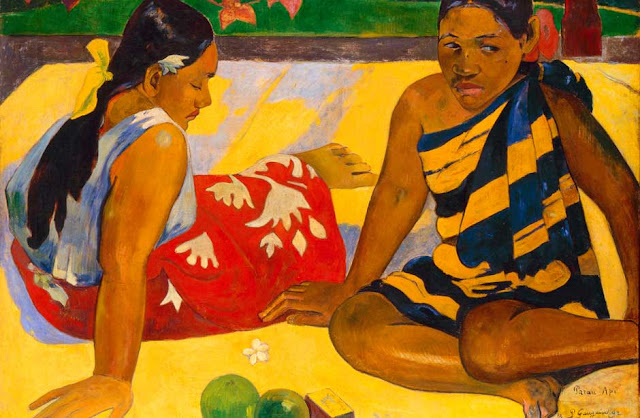 As a fan of Early Music, this is absolutely all right for me. Or even more so. It is very-very fine music, and after listening to the other pieces it has become obvious that they do form a real living bridge between early and folk music with a comforting distance from world music and they give us something that does not exist here in Hungary but is very much present in Portugal, Poland or even in Britain. What is the reason for that? Our Hungarian folk music is very strong and characteristic and it rose to a relative height within a short period of time leaving the powerful flow of the early musical tradition behind and taking unexpected turns just to become totally different by now. In other words, we are extremely strong in folk music but we have almost nothing to be proud of in Early Music as there is so little exception to this that even this blog could cover it all. This record, however, makes me ponder about its classification as well as about classification as such in general.
Is that all?
Gauguin is only a painter, who applied uniquely clear colours?
The answer is exactly 'no'.

As days go by, the record asks to be put in the player more and more often, or better to say, it does not allow to be taken out at all. This extreme monotony together with some musical beauty sneak more and more inward. It is extraordinarily suggestive, its inner rhythm is pretty strong but we are not afraid because we have experienced similar harmonies like those of Folia, Tarantella, Jacaras, or even a Chaconne having the same features. The mystic ostinato is just playing its role as usual. 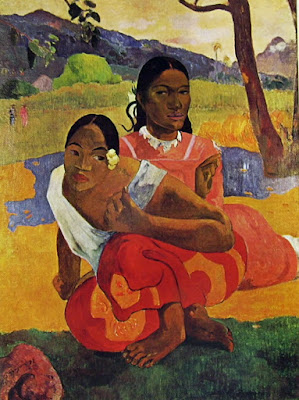 But here we have something else that makes the effect even more powerful.
Colours? I need a few weeks to have some fragments of ideas come up, which do not answer the question but pose new ones instead. 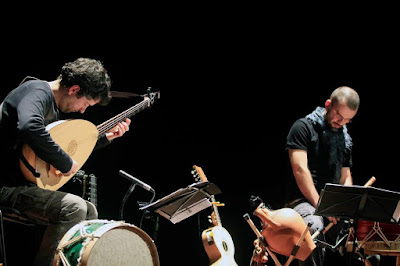 There must be something about monotony and rhythm, the importance of which was well known for those in the old days: everything has a rhythm. Tone 'A' and the seasons as well as our everyday things and even the weather or the colours that can be expressed on a nanometric scale – all these have rhythm. This cavalcade of rhythms comprises a seemingly infinite network of interferential patterns, which we rightly identify as the Matrix. And somehow this record exercises an influence on us infiltrating through this jumble.
This is the fractals again. It is self-resonance that is of importance here as some people have their resonance falling elsewhere and they say Yes, it's nice, really, but what about this other record?, while it functions as an acoustic drug for others. When listening to it, we have the feeling as if music was eternally going on there in another dimension and we just get latched on to it and even after switching off everything, the waves of harmonies will stay.
Music and singing in the favourite parts are very similar to those great paintings, where colours and forms together with the perspective fascinate us while deep inside there is a fusion towards a higher quality. 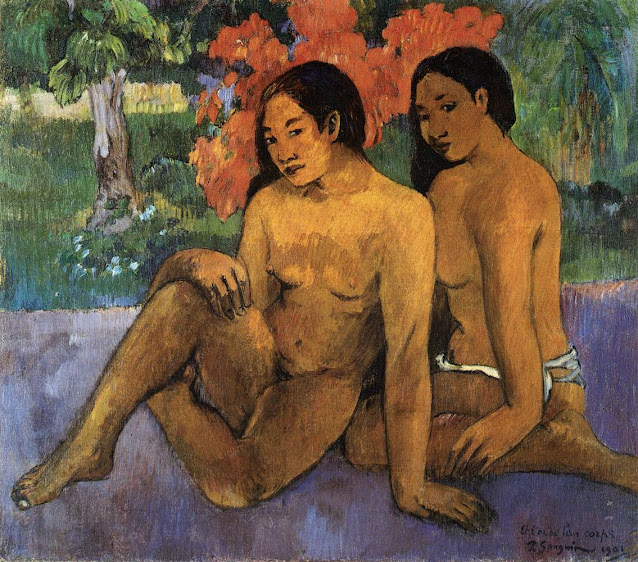 Then we discover that the voice is peculiar after all: our best divas' voice get similar lights on the top of the spectrum; and it also becomes clear that every kind of fake virtuosity is missing, the style and the language are steady so much that if we start listening to a  piano concerto (which is great after all), it all will certainly seem to be a puppet show jerking on strings...where the audience is a flock of sad adults dressed up from top to bottom, even on a beach... 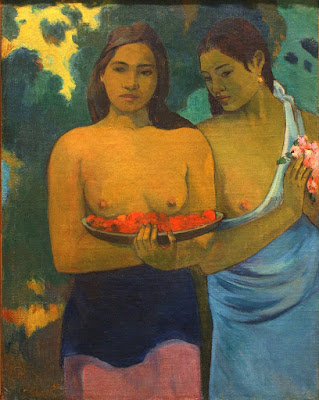 So what is it then? Classical music?
No doubt, it is. It is much more serious than a symphony or a Bach fugue. As it goes much deeper and displays bigger horizons. And it is also much clearer somehow. It is not artificial and calculated, but truthful instead. Like these pictures. I personally am more keen on the Lady with an Ermine, but here we really have a hidden dimension to hear.
There will be some outside the point of resonance. They will be the visitors of the Gauguin exhibition in Paris on 4. November, 1893; they all were just watching those powerful colours and the brown women without understanding them and longing for the old academic pieces and sophisticated still-lives while the reviewers were pouting, the agents regarded it a catastrophe and Degas alone was standing by... 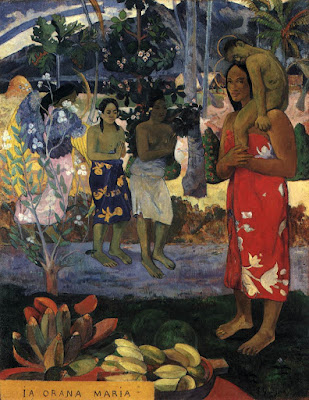 The sound quality is totally phenomenal. This record has the lowest sound on for the time being that I can display on my system. Although it is not from a five-meters organ pipe, rather a small drum-like instrument.

Then after a while the drug wears off but we'll never forget its taste.
We have gained something. 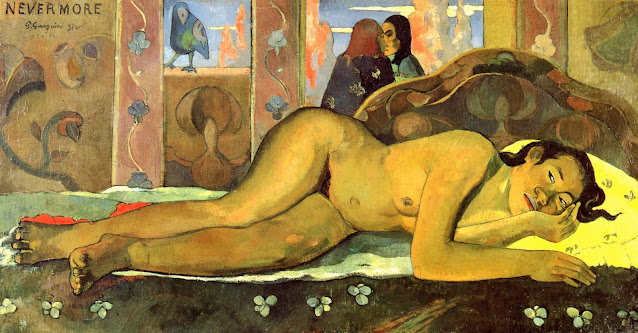