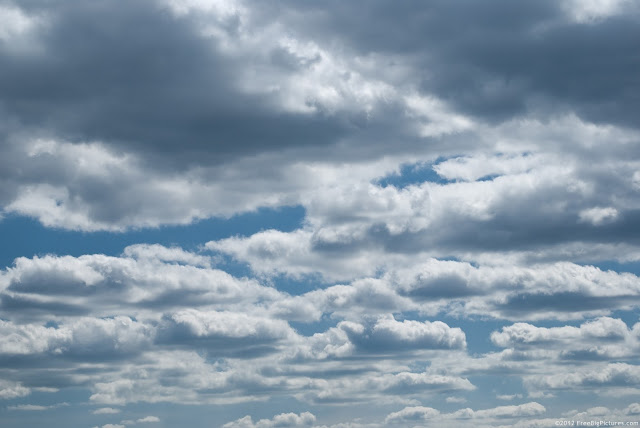 We are standing in front of a small door somewhere in France. The clouds are beautiful; we feel the heat and the scent of lavender. The building is big, even gigantic, I would say. The church is far from the city, it is placed in the wilderness. The small door is talking about the average height of the people of the early times. The façade is enormous, the walls are high, the church is arching towards the sky. 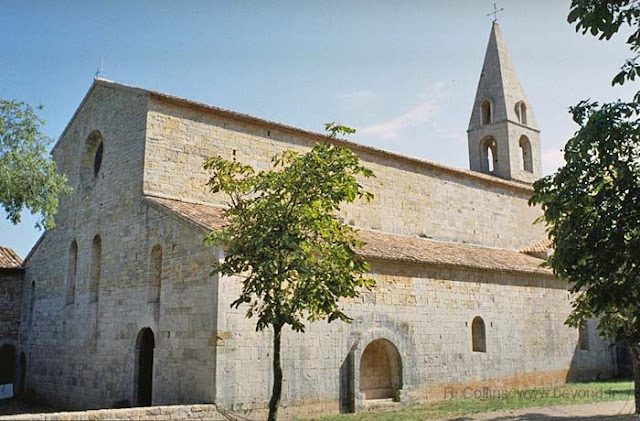 Despite all efforts to find the main entrance, this is the only door we can find. We are looking for the outside windows, but there are none. It seems that someone inside is not interested in the outside world. Inside everything is plain; there are no decorations, frescos or painted windows. The pews are placed in the church in a later century. Everything is made of brick or stone. 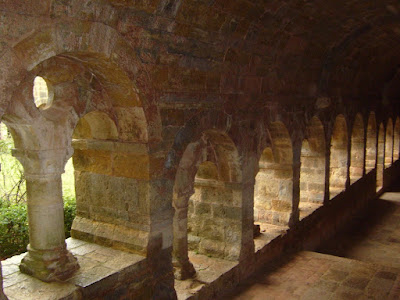 The cloister is gorgeous; this is source of the light that comes into the church. We keep thinking: well, this is France. The churches have been literally emptied after the revolution. In the church-fortress of Avignon we cannot find more than 2 wall carpets and five hundred tourists wearing shorts and taking photos. But here the emptiness of the church is about something completely different. 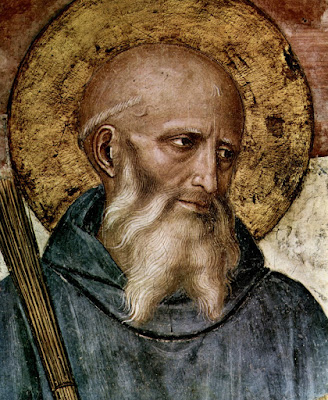 The Rule of Saint Benedict has gotten few cracks during its first 500 years. The spirituality that came to being around 530 on Monte Cassino and was a cornerstone of Western monasticism was several times shaken by donation-covered interventions. Robert, a French abbey made his original monastery wealthy within a few years and then was unable to break out from materialism. Therefore with 20 fellow monks they founded the “New Monastery” that has come to be known as the Cistercium.

As a matter of fact, they did nothing else but returned to the apostolic faith and took the Rules very seriously. They managed to balance work with prayer. They kept building their monasteries at faraway places, made their own living, refused tithe and other donations. They wished neither for an audience nor for followers They neither provided any kind of service nor demanded anything in return. They were simply doing their job. Their prayers, hymns and their whole lifestyle were aimed at serving the glory of God.

What a really clear, straightforward direction.

And this clarity has expanded rapidly, members with great knowledge and high spirituality rushed to the Cistercium. During the Middle Ages more than 700 monasteries were built. The Church was shining again.

So, can we then say that it was a closed “think tank” with spiritual goals? Not really, as it did not have the “objective”. There was no rush, planning, organisation, or desire for the goods, not even for the spiritual ones. It was rather a state of synchrony, the new harmony of human and divine, a beautiful attempt to regain the original state. The actual realization of Sol sub Nube. 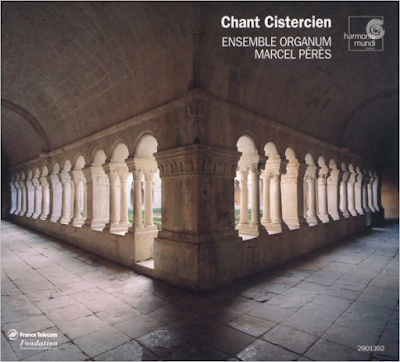 And here we gradually arrive to the music. Thanks to codex copies, several scores were preserved from that era. The Ensemble Organum has compiled a fabulous disc from those works. Their director, Marcel Peres provides the frame for that work since 1982. 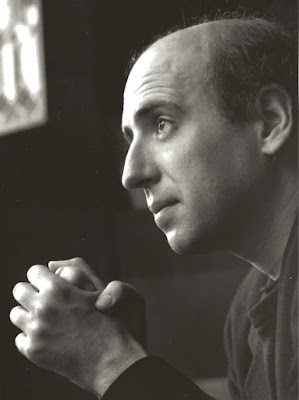 In their case it is also true that this music was not made for an audience. There are no gates. There are no windows towards the outside world. This music was supposed to accompany the internal liturgy, to create harmony between the upper and the lower worlds. Therefore it is something that exists ab ovo, it was neither created nor remembered. If it plays, it is good, if it doesn’t, that is also good. It is similar to the expansion of light. The main point here is not reaching the destination but taking the appropriate waveform and vibration. Once the colour is created, it doesn’t really matter who is sitting in front of the detector.

Then what are we, the audience, doing here? All sensible people could consider this intrusion a form of indiscretion. Indeed, it is indiscretion. But now, like in many similar cases in Early Music, meteorology can help us. 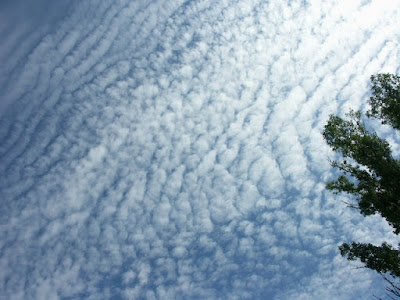 This feeling is exactly like the one when we look up on the sky. Clouds are not there for us to tide them up with our categorical thinking and then rate them on a scale of 1-100 and divide them into subgroups. They rather just exist as a natural phenomenon. 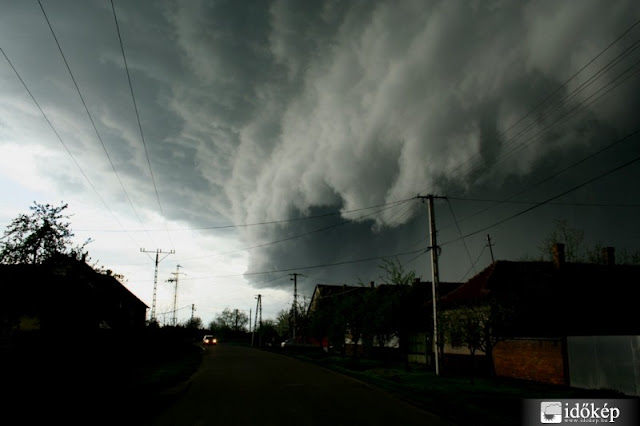 We can decide whether we like them or not, we can be afraid of a storm cloud, but even so, this kind of music doesn’t give the impression of being man-made as much as the later compositions do. This music is rather a melodic part of prayer that settles down on the prayer just like a cloud on the mountain. It is like a medium material that helps the vertical movements. Obviously, there is text and function for these pieces. They can relate to the daily part of the scripture or to the life of a Saint, based on the time of the year. We shouldn’t forget that then, just like now, each day was bearing the memory and the name of a Saint, with all his real or associated healing power. 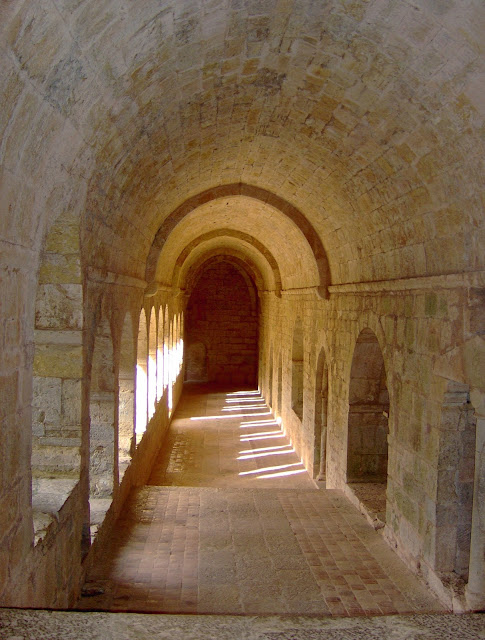 The performance is mesmerising. There is no portal when we enter, but the aisles, the mystical angles, the ratios of the arches, the shape of the internal windows, all the forgotten skill and mastery of cathedral building provides such an incredible acoustic system, that there, in France when a monk started to sing I was unable to tell the place where the sound came from. For 2-3 or sometimes 5 seconds you can hear the interference of the non-existent harmonic sound as it accompanies the original voice. And then you realize that the voice you considered the original was actually the echo…

In a smaller extent this effect can be heard on the recording as well. We can call it an artificial atmosphere, a miracle, or maybe a strange physiological effect. The way we name it doesn’t change anything. It brings things into harmony, slows down the speed, it elevates you to a different level. It is neither ugly nor beautiful, it is neither short, nor long, you can get involved or detached, whichever you wish.

Gregorian chant is like the flow of clear water. It has a source somewhere far. The source is always a bit different, while it is the same thing all the time. It is a living phenomenon, but it is the embodiment of a clearly spiritual thing.
And if it is water, then it is in a cloud form, there, high above. It is that high, that the Sun shines below it.

This phenomenon was called Sol Sub Nube - Sun under the clouds.
Don’t try to find it in books about meteorology.


It is there on this disc, you just have to listen.