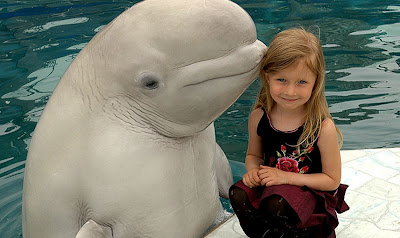 Dolphins.
One of the most unique creatures of the Planet.
Several extensive researches examine their hardly explainable figures; many of these can be read.
The fact that their 20 knots rushing in the water is supported by a dermal-controlled thermodynamic swirling-distribution system is only one point of technical curiosity.
They can also hear up to 200 kHz and with their sonar they are capable of perfect long-distance 3D sensing. 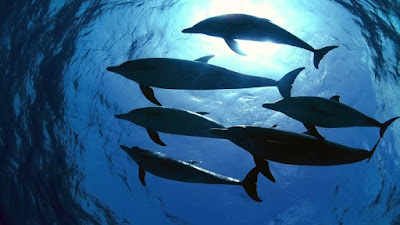 Facts that their brain’s structure is unclear in the respect of evolution; and their cortical areas are related in a different way; and they also have a paralimbic lobe. These are rather biological questions... 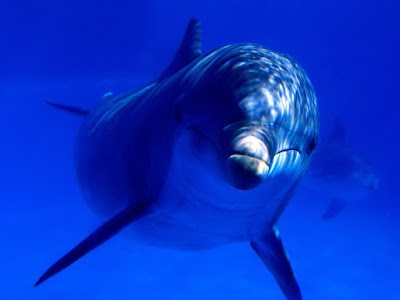 The real miracle is their behavior, mental- and emotional intelligence.

That they learn inexplicably fast often extremely complicated things. That they laugh when they “accidentally „ push the tender into the water. They have extremely strong ties with people. Although it’s unclear how; but they have convincing healing capabilities in different mental problems. The number of dolphin therapy treatments in the world is now tens of thousands. 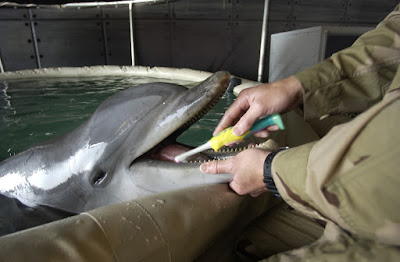 Their problem-solving capabilities are so complex that dolphins were used extensively in reconnaissance tasks by military. US Navy has replaced some of them to robotic submarine recently. 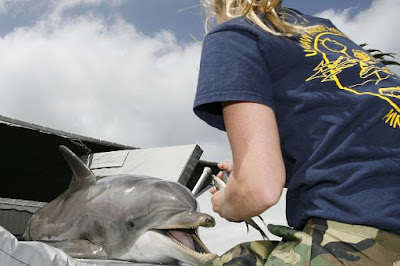 There are several stories about people who were rescued by dolphins from drowning or a shark attack. 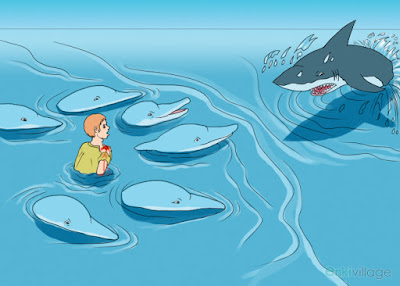 One of the oldest of them is the one about Arion’s escape by Herodotus.
In Sicily, in the golden age of the Lydian Empire an ancient Eurovision Song Festival was organized which was won hands down by the famous lyric-player Arion who had also swept all the prizes. Sailing homewards he was captured by pirates who wanted to kill him. Airon’s last wish was to play his kithara. Praying to Apollo he threw himself to the water where dolphins suddenly appeared and rescued him by swimming with him to the shore.
Pirates were killed by the storm of course. 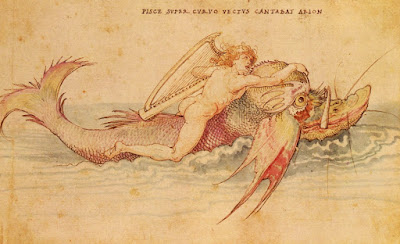 Many centuries later, a Spanish composer Luis de Narvaez without any false modesty mentions in passing in the preface of his six-volume Los seys Libros del Delphin collection that he learned this music straight from Arion... 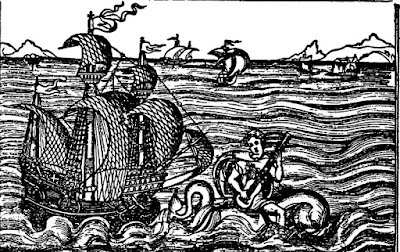 This became the famous Dolphin Book which is one of the few surviving of vihuela music.

1530s, Spain, Valladolid, this was the place where Luis de Narvaez - who was actually known as the best player of plucked instruments - lived and worked.
We are in the age of Charles V., in the age of the inexplicable high rising of the culture including musical life.

Vihuela. What is it exactly? Vihuela de mano is a plucked instrument, a sort of ancient guitar. But why doesn’t the Renaissance lute is used which golden days we are in? The question is quite righ, but not in Spain. Please remember, not long after the Reconquista, the lute was still the instrument of the occupation Arab armies, therefore vihuela was an autocratic plucked instrument, a form of political protest.

When we grasp it we can realize almost immediately that the only similarity to the guitar is the form nothing more. It’s much smaller and very light weight, thin-wall structure, with gut strings and beautiful rosette. Extremely soft sound, practically it’s a room instrument which brings forth that its glory was on the wane shortly due to the madness of volume enhancement.
Its tone is a flood of delicacy which can not be compared to anything else. Rich in overtones, intimate and it has an interesting wooden feeling. One of the most living sound that can come out of a human-made instrument. Rediscovering has done; it’s the favourite instrument of today’s Early Music. Although in Hungary our backwardness is alarming; almost all of the great lute performers render a tribute with a record.

In 1987 Hopkinson Smith recorded this disk on which he presents a selection from the Dolphin Book. 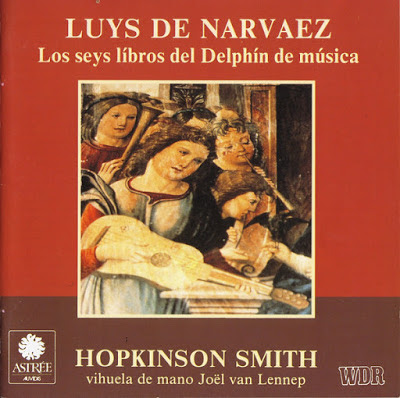 Right at the beginning it’s a bunch of two voices fantasy; serious stuff and not so easy. There’s a very unique, multiple stage melodiousness in them. At the first hearing it’s pleasing than after several hearings it seems as if the arcs of melody and the counterpoints would move and we pay attention to something else. Then it goes so deep that we will know it in thousands.  Like a dolphin-encounter; we will definitely remember of it.

The first notation; in which there are free variations – “differentias” as they say so – is the well-known Las Vacas; we’d already talked about it.
My huge favourite is track 14 – O Gloriosa Domina – which is a variation line for an old hymn.

It’s very special; quiet extravagant thing. If we didn’t see the year, we would be mistaken 450 years beforehand. You can feel the strict method and the tremendous freedom in the same time. Yes; that’s the way Early Music works.

And let’s not forget the legendary Mille Regres from which we happen to know that it was the personal favourite of the Emperor Charles V. He was obsessed with this. I totally understand him. Let’s listen it carefully since in its middle there’s a beautiful change of chord which can stop the movement of the starts.

Hopkinson Smith is a big shark who can perfectly speaks the language of dolphins. On this track he was only 41 but he had already been among the best lute-players.
The vihuela? It’s always a nice ceremony when I take it in my hands. I really love it. As it comes to tuning I’m always surprised how beautiful it sounds.– He said. 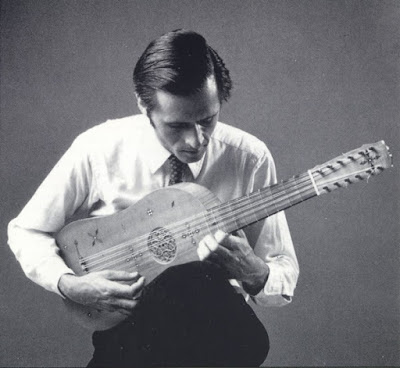 It’s a nice straight performance; meditative and leads us to stop and reflect. It tells complicated stories and sometimes it only delights with its beautiful tone.

There are many ways we can achieve musical experience. Sometimes it just rushes us; there’s love at first sight. Some of the melody you don’t like at all for the first hearing but it becomes your favourite after all. And sometimes it just touches us lightly; yes; that’s the way our beautiful [Hungarian] language says it. Touch. Whether on a small surface it creates a sensation. 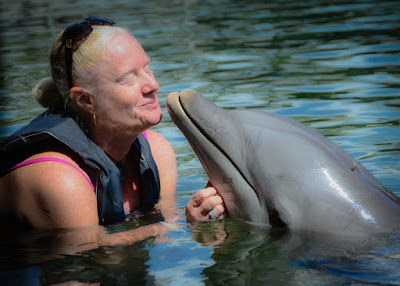 Like the dolphin-touch.
Maybe Narvaez was right... something leaked out from Arion’s spirituality, from dolphins and from the endless ocean. 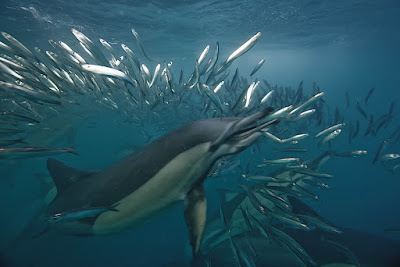