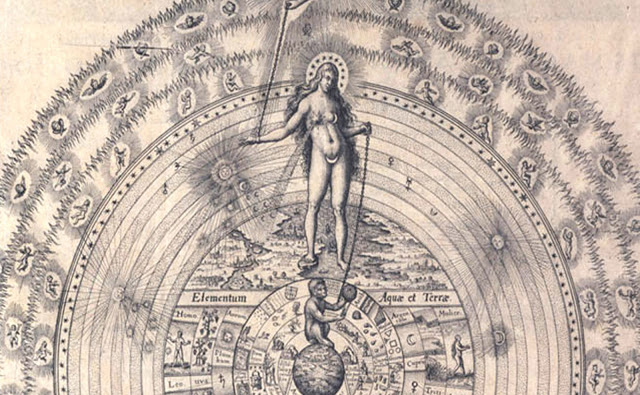 There is a new Hille Perl record, and for viol-fans it is certainly great news.
Looking at the cover, by the way, we cannot see that it is a mother-and-daughter project. But it is.
Vow!
Now, what this young lady in the shadow of her mama could give us, I wonder? 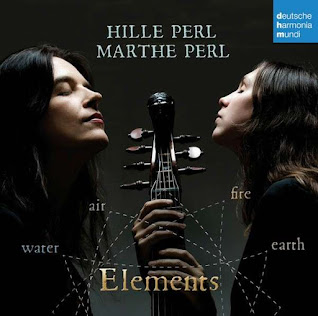 Let’s see.
The tracks are set up following an interesting dramaturgy.
Elements.
That is, we listen to the group of pieces in terms of Fire-Water-Earth-Air, according to the famous Cross-division of the ancient, mystical astrology. Each element were given a small block of music, including a contemporary Prelude as an intro, or rather a dip of degustation, and early pieces written or arranged for bass viols, these being the only instruments to be heard throughout the whole disc. And, at the very end another gulp of contemporary music: Poulenc, originally written for two clarinets. 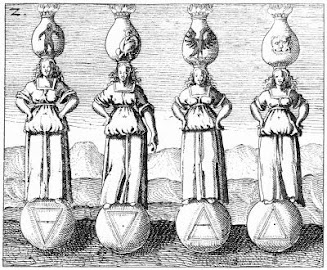 Well, we might begin to scratch our heads... after Marin Marais a leap of 250 years is somewhat dizzying... not only clarinets, but something contemporary? It hurts a bit beforehand... what could come out of all this?

Hille Perl writes that here this kind of musical language is their appropriate way of expression, making them possible to speak about complicated things more clearly – such as spiritual dimensions, the Bourrasque, and the relationship of the first and final breath to the hurricane, the presence of sacrality, the great challenges of today, and the large scale complexity of things deriving from the four elements. 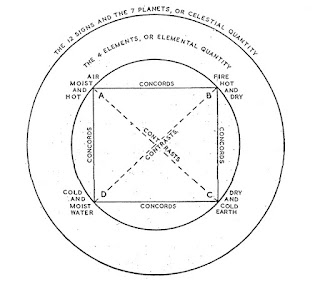 We can now make a little by-pass to see what this Cross-division thing really means.
The astrological elements, Fire, Water, Earth and Air constitute the main components of the world, representing its unity not only at a material level, but also in a spiritual context, according to the major aspects of quality. It has to be pointed out, though, that these four elements can never be united, they are therefore placed not on the circle, but in the corners of the ominous square, burdened with right angles; being in consequence the very embodiment of antithesis, which gives quite an unfortunate starting line for the living creatures on Earth. Well, there is nothing to do about it.
And yet, perhaps there is. For that was exactly the task of the ancient alchemy: the conjunctio, the amalgamation of substances. 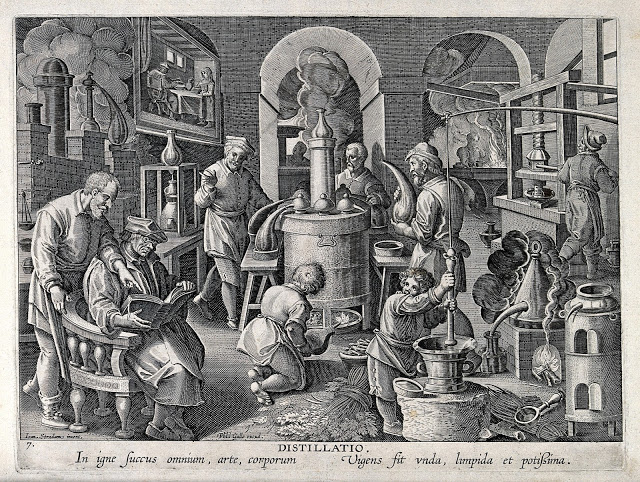 Turning a square into a circle. It seems, though, that the creation of the Opera Magna lasts even until the time of modern quantum physics... In the late centuries, however, corruption has been strong, and the increasing importance of the discipline of gold-making, or the searching for the Sorcerer’s Stone, show clearly, what a beautiful system can be transformed to, if all serious metaphysics is taken out of it, or if the essence is slowly crumbling away because of insufficient knowledge of tradition; and how it is simply bouncing here and there among unfriendly sciences such as chemistry, astrophysics, mathematics, atomic physics and psychology.

It is almost funny to consider, that all these sciences have their roots in alchemy, and yet they are quite reluctant to take the great-granddaddy into the club, just because it has a wrinkled, withered face...

And what can the music tell us about the elements?
Let’s see.
Disc in, fire... yes, it is the Prelude of the Fire, then comes an Irish folk piece, strongly rearranged, then...
Astonishment.
The sound, the atmosphere, the music – everything is just fine. Fear of the contemporary viol piece gone. Because it’s simply good. Very good. Mother and daughter are playing together in perfect unison, so we forget about the fact, that there are two players, and we wonder, which part is more beautiful, the melody or the accompaniment, because Hille Perl’s bass line consists not only of suspended notes providing counterpoint to the upper part, but she does really play music here, her playing reverberates, flickers, and, although very subtly, whirls...

A cca. 12 minutes long Fandango-variation begins... well, to be earnest, I’m completely sold on it. It is the song hit of Padre Antonio... well, the cembalo version, quite well-known, is for me perhaps a little too ostentatious, but this one here is completely different. The two viols are circling-embellishing-chasing one another; surely, the Pearls must have had a strong idea, which strings to play above or under each other to create an astonishing dual-harmony to ruffle our ears, or rather our souls, spicing this whole madness with a continuous, smoothly dissonant feeling, for it is definitely a deliberate, very well planned harmony-operation. The viol is an instrument with especially beautiful sound, and this sound causes here an extreme physical pleasure; the co-resonance of the lower strings in itself is a special audiophile experience.

The next is the Earth-Prelude – a contemporary opus again. A 1’20” long setting down into the lowest depths – on a good chain it is simply unbelievable! It goes down and down, towards the centre of the Earth, until it seems to be reaching the Magma, the Fire itself. A perfect dual-conjugation. 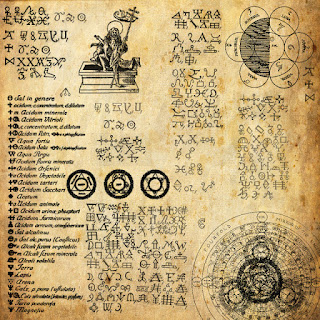 A Follia follows, á la Farinel. The Folia, this Portuguise “mould” is something that every early musician must pour their own version into; it’s like a signature, an imprint on the retina, an early music commitment.

The Tombeau of Marais is extremely slow, allowing the performers to speak this particular musical language perfectly. It doesn’t melt, nor cries, but there is something in its strictness that harbours an immense beauty. 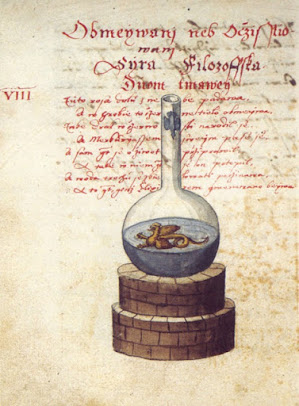 In the Water-section there is a very nice, long lamentation by Tobias Hume, and – where else could it be? – some Dowland, too... The tide of slow Melancholy makes a nice connection to the Water. A perfect fusion again... too easy a riddle: there must be just one performer playing... but no, there are again two!
We begin to suspect, that the DNA codes of the blood relationship are drawing the two players as close to each other as the teeth of a zipper...

Air... pieces written by Thomas Ford.
Getting close to the end of the disc, a bunch of commonplaces come to our mind, almost unconsciously: fresh, airy, ethereal, wind, blow, current... and yes, they are all true to the music. If we think further, and remember what Béla Hamvas says about the metaphysics of analogy, it turns out that the sound of the viol is not like the wind and the air, but they are one and the same: the viol sound is the Air itself, blowing unwearily; and the Fire-Prelude is not just symbolizing fire, but it is really The Fire, in its one and true manifestation. 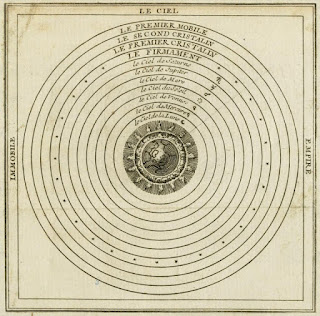 The synthesis, the Opera Magna had certainly been ready well before we put the disc into the player, because this CD is just the frame. The real Work, the realization of a spiritual-intellectual essence was the decision to do it – to achieve a legitimate goal in this earthly existence. If we listen to it, we simply place a crone on top of this amazing construction. 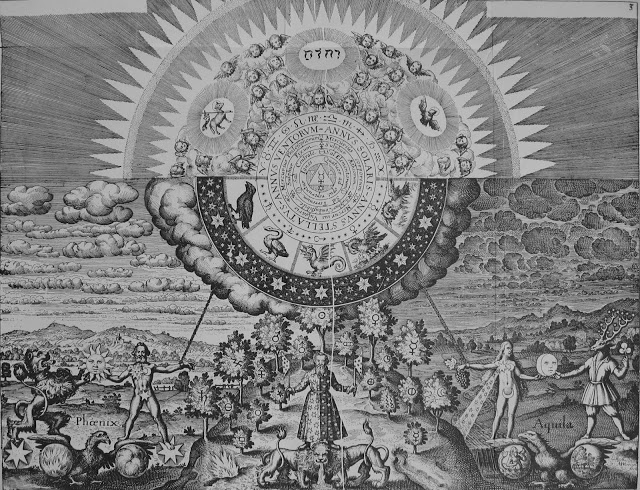 At the very end comes Poulenc – it’s another epoch, we can hear it almost immediately, the age of our grandfathers, not even too far back in time. Somewhere at the very depths of everyone’s wardrobe there is an old, dark-coloured suit smelling of naphthalene, worn at the time, when Poulenc stormed his brain after melody-lines for clarinets, and nice compliments were whispered into the ears of ladies who are now over 85 with faces worn-out and shabby, but who were that time so attractive, that every man would catch their breaths, if they waved at them from beyond the corner...
By leaving behind heavenly harmonies this music draws us back to the present time – to the Hille Perl disc we are listening. 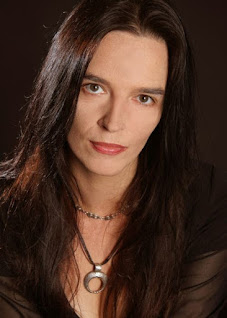 It is remarkable, how nicely this farewell song fits into the whole; how gently it slows down the spinning of the CD, while the spheres continue their traversing around, and although the fire in the alchemist’s kiln has been dying away, the embers will warm us somewhere inside for days long...

And we realise also, how nicely this CD fits into our shelves.
Into the “elite” rank, to be precise.

And what about your shelves?