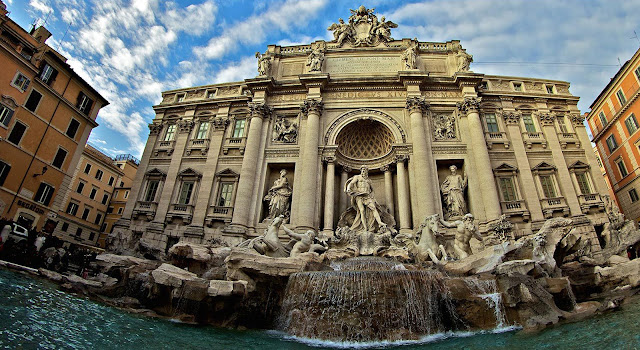 Rome.
Arcangelo Corelli was a real star at the age of 17 already.
Ravenna - Bologna - Rome, then, at the age of 37, he was the Master of Music at the Cardinal Palace. He happened to have patrons of high rank and he had a nice career; he was a genial program organiser - obviously, in the noble circles of high society - as we might say today. Famous concert series were organised by Accademia Arcadia as well as in the lounge of Cardinal Ottoboni where Corelli introduced and performed the newest pieces on Mondays.

It is weird and sorrowful that he moved out of the palace in the last years of his life and kept grieving in spleenful reclusion. He was dead before he turned 60. 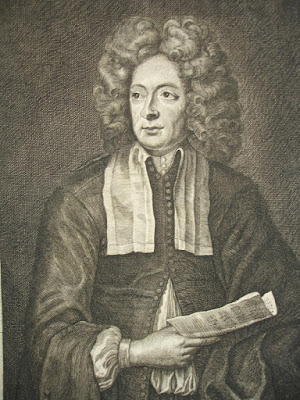 Many of his pieces survived. He was keen on violin concertos and violin - orchestra, a few violins and an orchestra and concertino - orchestra contrapositions in all variations. It is called concerto grosso today and the first name coming to our mind at the mention of it is Corelli.

The piece that nearly all of us know is Concerto Per La Notte di Natale, the famous Christmas Concerto. It is an old chestnut, played by each and every orchestra, it has been performed 5 million times, yet, just like Vivaldi’s Four Seasons it casts off all kind of boredom or overplay or here-it-comes-again feeling for it is so fine music. There is nothing to do; it happens that a great hit is really excellent even if it is played trillions of times.

The average level of performance groped for at random is delightfully good; the odd case occurs when the oldish records include one that can be recommended any time. 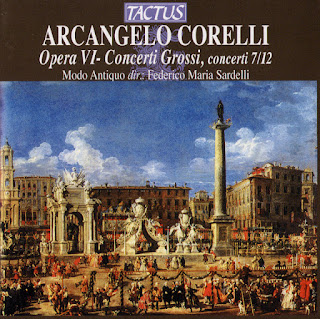 Also, there are a few phenomenal - Modo Antiquo is such.
It is the 2nd second already that suggests that something mind-boggling is forthcoming. Then a bit of hiding, some kind of an innocent slow movement. Listening to it we feel something odd for the few-second blast-like start and the truth-falsity of the instruments tuned down to allegedly 415 does not leave us in peace and our subconscious has produced all kind of variants in anticipation even if it is not familiar to us for we listen to it for the first time.
The doubt lasts for exactly one and a half minutes then the real roulade gets started.

The violins are literally whining and there is a genuine drama, stone-hard rhythm on the other side. And it lasts till the end. It is a truly grandiose, overarching play. It is not artiness meant for effect or string-ripping or over virtuoso but pure music touching something deep inside.

This depth is multilayer. It has a metaphysical deepness peculiar to every fine Early Music record, however, a fine surplus - triumph - is clearly heard in these days.
Saviour is born.
This performance is oncoming in the street, grabs the buttons on our coat and shakes us slightly to make us feel the grandiosity of the moment. You flick forth and back trying to decide whether the concertino or the orchestra is more to your liking; you cannot decide for both are excellent. It is sweeping and buoyant, gratifyingly getting rid of the clench of the counterpoints.

I recommend listening to it two times right away on loud volume. The rest of the day is guaranteed to be spent in a different mood. 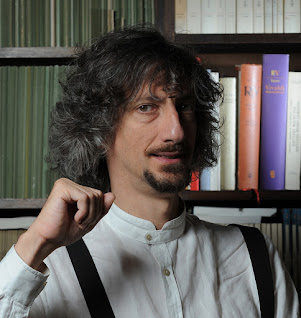 The ensemble is Modo Antiquo led by Frederico Maria Sardelli; looking at the picture some remote conception passes over us, yes, we are right, he is a comedian-actor as well.

One more curiosity.
Naples again.
Corelli over 50 and well-known had a concert in Naples in 1708; he played the violin solos himself and the other super star, Scarlatti was the conductor. 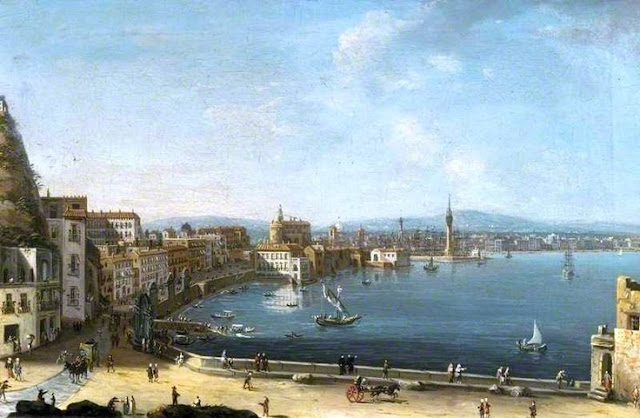 All went absolutely fine, they did it with their whole heart.
The Viceroy of Naples stood up and left in the middle of the performance with his company of a hundred...he said that the slow movements were unbelievably boring...

To us, late descendants they are not. 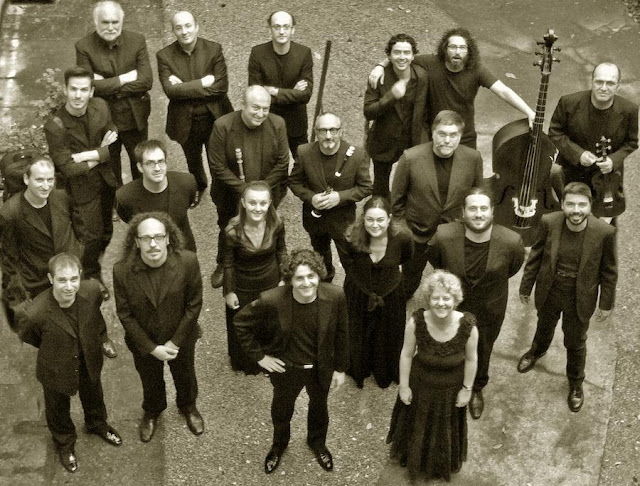