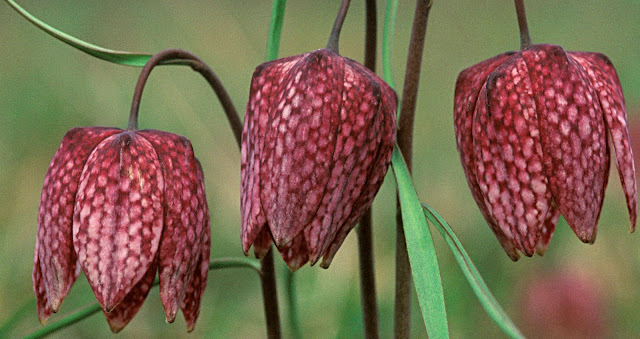 Rome, the first part of the 1600s.
The house of Signor Girolamo Frescobaldi. A villa, actually. A spacious room, a masterly carved clavichord, a harp on a chair; he played professionally on both instruments. Plenty of notes, music notes and old tablets piled up. 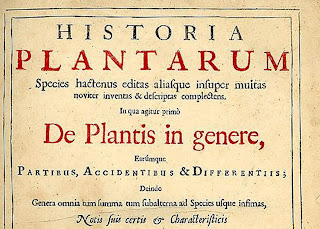 And botanical atlases with colour engravings. Paracelsus’ recommendations for the enrichment of the soil with various elixirs. Theophrasus’ legendary book, Historia Plantarum, open at the part about the Grass Growing In The Track Of Dragons. That it is very bitter but it keeps away all sorts of harmful insects, snakes, alligators and reptilians above and under the ground. 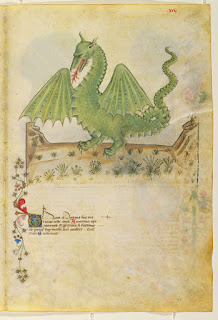 The Yellow Book is on a separated shelf; it is the ancient gnostic tractate about the Mysterious Withering Of Flowers.
There is a triangle shape garden behind the villa. A secret labyrinth full of various sorts and kind of flowers.

Frescobaldi knew what Renoir put in writing 200 years later, namely that looking at flowers purifies the eyes. Eyes that look inside or rather upward and see, visually perceive music. 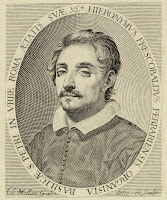 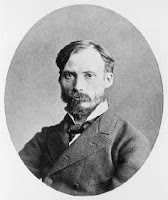 The short title of the record is Canzoni & Partite; it does not burden us with Latin botanical technical terms out of the blue. On entering the garden our soul slowly soothes; the bells of Saint Peter Basilica are heard only. 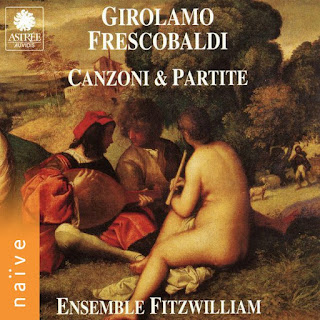 The harmony, the build-up of the melody is not recuperation, rather, introspection-permission, that is, we can hear something created somewhere rather than being borne. With colours, petals and forms; the consummation is only like unopened buds turning into flowers. 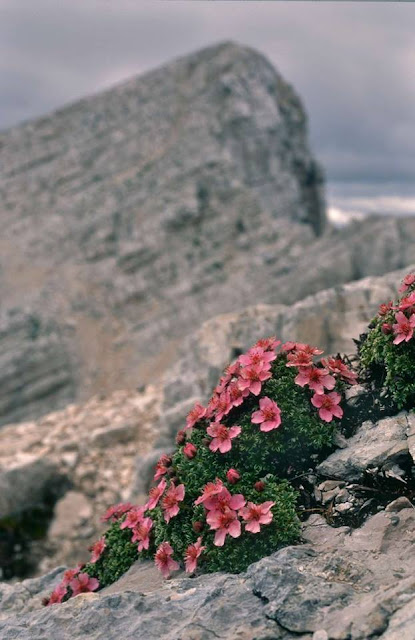 Canzon Sesta a due Canti e Basso (Potentilla nitida) likes rocky soil, open spaces and wind, even some small storm does not do any harm, i.e., the roots of the rhythm are strong, audibly it is not parallel nervure but branching and getting to the bottom. It prefers spreading right above ground, the part of the cello is horizontal and the sprawling of the foliage toward the light is large. The colour of the flute inflorescence is so intense in the mountains that it is slightly abrasive, Tear-exciting, hence the name near Ferrara. The feeling of harmony is just surprising.
Why? Because it does ensue from either the structure or the euphony or the performance. These inner and invisible colours must know something. 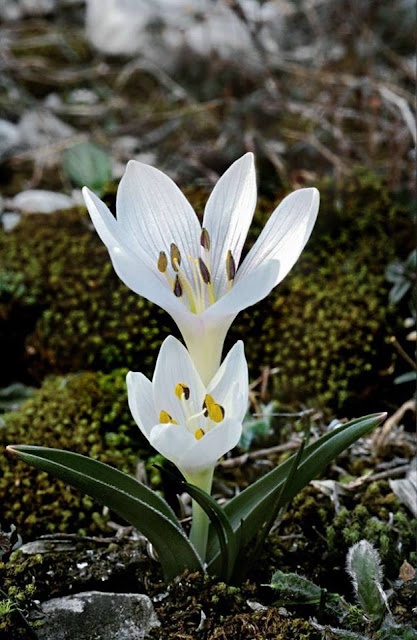 Canzon Terza a due Canti (Cholchicum Hungaricum) is the materialised unfulfillment; the two flutes are in unison first then they shift onto another part, they watch each other on one stem incessantly, very close to each other, admiring each other’s breath, in great love till death. 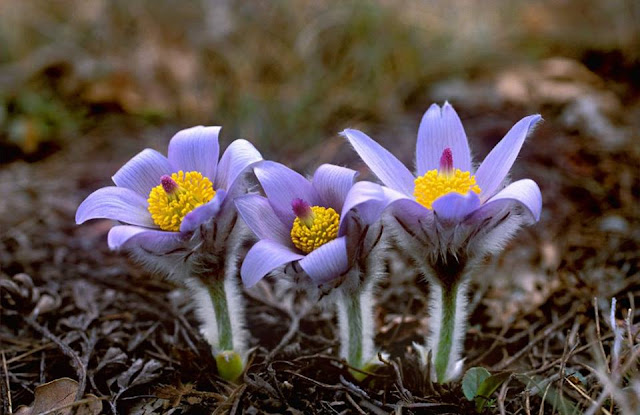 Trio (Pulsatilla grandis) equally likes windy and leeward places so the flutes are just finely breathing, the cello gets a whole part, the Renaissance Equality is echoed, the three of them are standing slightly touching each other, their slow difference delights us, they reflect the colour of the sky. 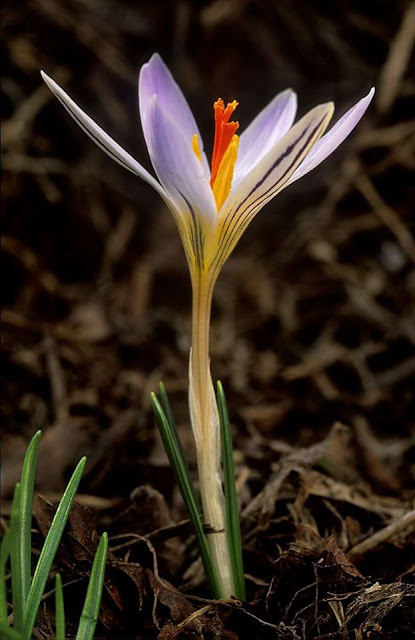 Crocus reticulatus (Canzon Terza) is sensitive, its habitat is protected terraces and hidden valleys, the two flutes draw a thin membrane, the cello stem gently holds the vulnerable leaves. Parallel nervure, tufted roots, a few centimetres only. The flower is a miracle itself. It seems to be a simple part but it is not eventually. It tells us something important. In the language of flowers. Who knows it understands it, who understands it knows it. 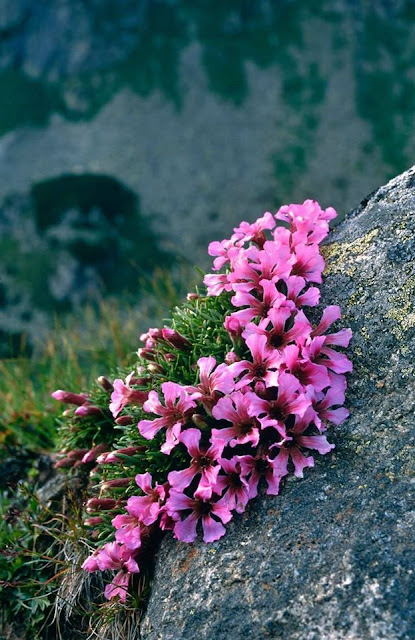 Basso Solo (Saponaria pumila), there are several, it may be a plant after all, first it runs you down albeit the stem is slim, small shoots, it creeps up everywhere, grows inside rocks, interlaces it with its musicality like the whole record, the melody is going on, it changes stage by stage, there are invisible rugged parts at the bottom from which so beautiful little flowers bloom toward the sky that they are talked about even today, 400 years later; it is the recurring dream of the cover photographers of National Geographic.


It is so easy of steering and astounding that some of my friends believed my serious introduction: Listen, I’ll show you the piece of a Sicilian contemporary composer from 2010, it is not put on a record, it is a demo only … then they say that it is cool and you can heavily feel today’s era, can’t you? I am laughing, the bines and claspers burst our musical semi awareness with winding curiosity open, the melody is going on its way, and some serious systems heavily present in the background is dawning after several listening to it like the whole mountain itself. 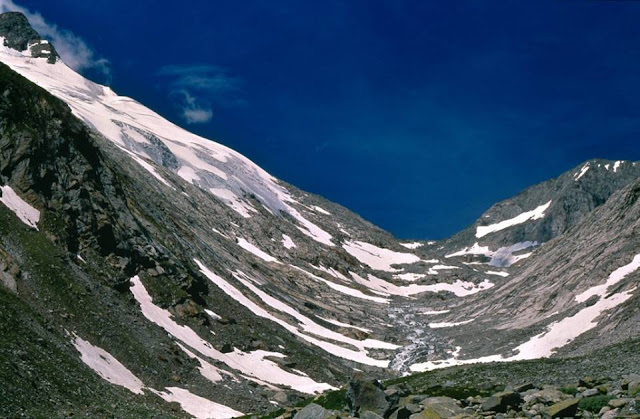 Bruno Cocset is still young here like a revolutionist. He hadn’t much more hair but there is some maddening agitation in the way he uses his fiddlestick. 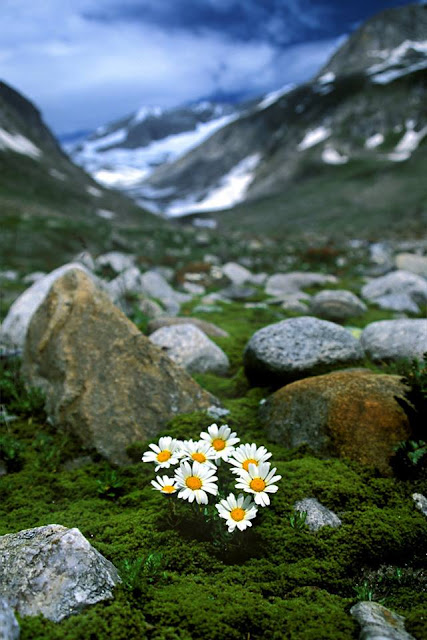 The base is the beautiful Folia and Passacaglia solo cembalo variants in the record, the ground level, the frame the garden lies on, the grass, loads of grass (Muscos sp.) surround and feed the flo wers, repetition turning into infinity, however, watching closely and carefully, bending down or even lying on the mown we can see loads of tiny, miniature flowers, decorations of ornaments, itsy-bitsy quirks thrown back, almost untraceable roulades enchant me. 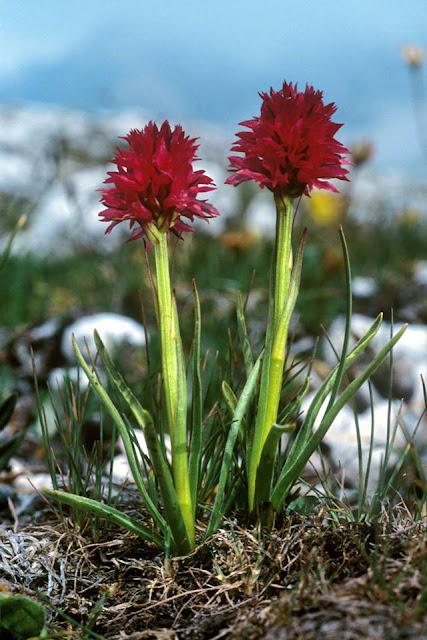 Canzon Prima a due Canti (Nigritella rubra) - two flutes, their interlocking is the inter-waving of the exhaled air, practically, the amalgamation of breaths, a dialogue where both speak at the same time yet it is more comprehensible than separately, weird, is it not? Their inflorescence is very special, complex, they are standing next to each other in the wind, lovers separated, looking at each other in infinite aspiration, they might make love where no one can see them, in the tangle of the roots … what we can see above, that the cello carries the secret messages forth and back, the harmony is appalling. 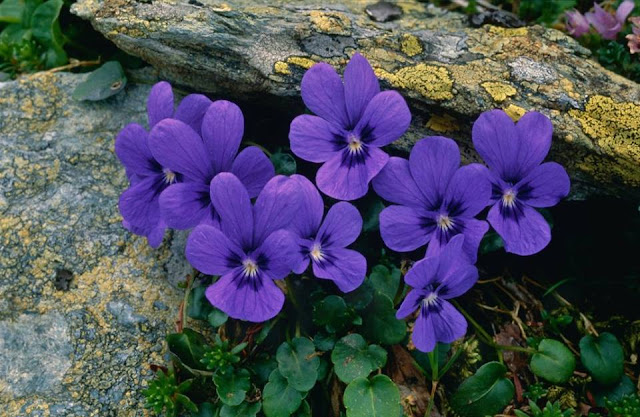 The ensemble never set up like this again. The CD is unavailable now.
The blitzing and astonishing beauty hunts the record which gently makes something deep inside painful with its mortality and irreproducibility; we do not want it to end, yet we know that it must finish and that the beauty of the flowers exchanged itself with a part of our soul.

The tractate of the Yellow Book makes a lengthy analysis of the phenomenon. It is unfortunate that the last copy got lost in a war of Napoleon, later it was seen in Indochina in the bequeath of an opium smoker …

But it is just a legend, nothing else.


I do love this record.