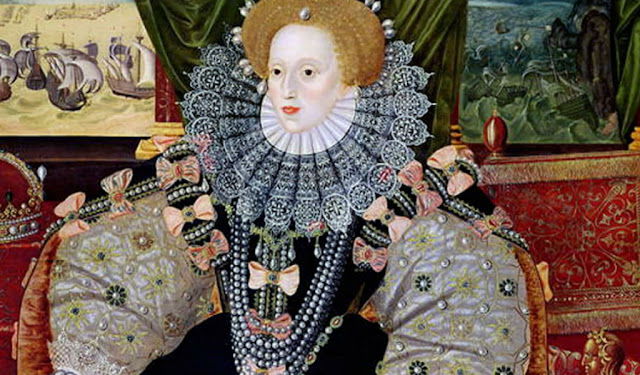 Business flourished on the seas. Lootings of Portuguese commercial ships and slave trade. The latter took place with a special method  - the live cargo of the slack ships under Spanish flag coming from Africa was simply looted, the crew killed and the slaves staying alive sold for good money... 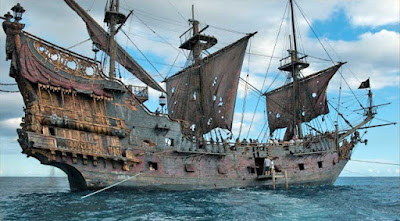 Then on a windy autumn day of 1568 a Spanish patrol boat hit raided the pirate boat, running away from the fast-sailing caravel was out of question, the cannon fire was punctual and merciless.
The young captain, Francis, could flee for he was a good swimmer, he was picked up by a fishing boat and he swore shaking his fist after the retrieving warship that he would send the whole Armada to the bottom of the sea one day.
Then he spent the night contemplating about the aerodynamics of the triangle Latin suit of sails - what made that huge big draw ship with loads of canons so speedy. 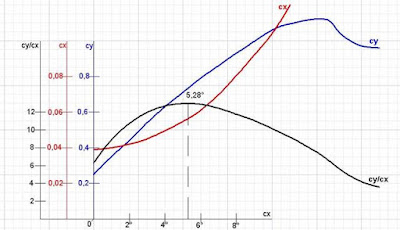 John, a weaver novice in a smoky inn near London on that very day, a bit blushed in front of the paunchy guild masters was stitching the sole of a stocking with fast and punctual hands, slightly prolately as it was in vogue that time. 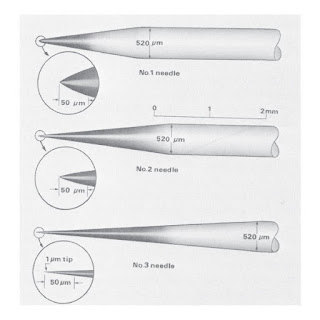 The unusually thin needle and its special geometry came from a jeweller whose beautiful daughter dated him in the evenings. 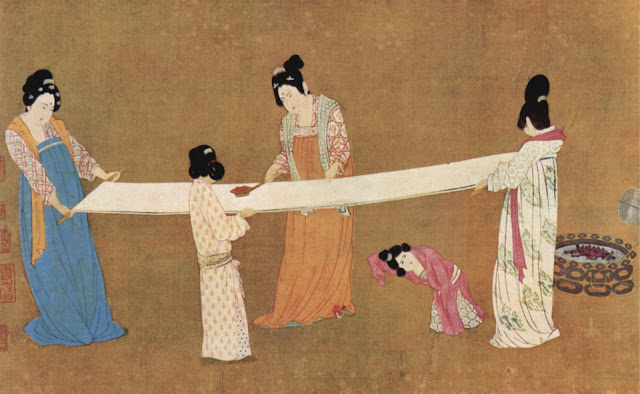 The textile was real silk right from China, weight price two third of gold and that it was impossible to sew made things worse, which was heavily luring and annoying for the suppliers of the Court. 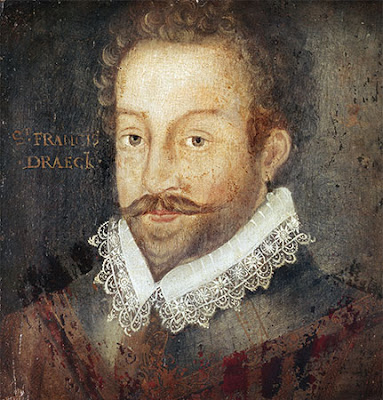 Silk stockings was caught on as luxury, fortunes were paid for them. Annual income of a small farm for a pair of stockings - decent value for money.

The filaments come together.

Elizabeth I, the Virgin Queen. 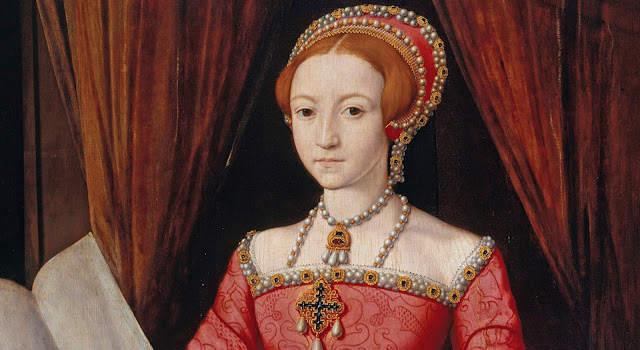 Whose undeceivable sense of politics - and secret pacts with the pirates - made Great Britain a naval world power giving way to the treasure flooding from the colonies. Practically, the English live on it even today.
Who wore a brand new pair of stocking each occasion and what she took off she gave to her first lady in waiting.
Whose reign saw culture soaring to a never seen height.
Foreign musicians, lutenists and harpists went through a revolving door in her Court creating the unique and special world of music called Elizabethan Music today.

She was keen on jewels, especially carcanets.
Here comes such a record. 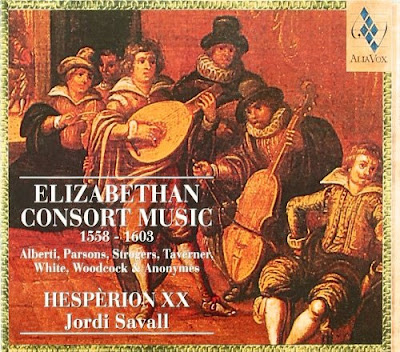 The carcanet contains three kind of precious stones in a nice pattern.
Renaissance dances mostly originating in the Continent as anonymous notes in blocks of two and three.
Gamba consort arrangements of early church masses and motets in patterns of three and four. There are some In Nomine; originally, it was part of a Taverner mass. Why its more than 150 arrangements and adaptations became so popular generations later cannot be explained.
And there are some lines of genuine consort music, that is, what was composed in this form, in counterpoint in Anglia.

The instrumentation is the original English whole consort with gambas and various violas; seven delightful instruments with, besides Savall, such performers like Sophie Watillon, Lorenz Duftschmid, Casademunt, Quintana, Pierlot, and Balestracci who all became famous later. 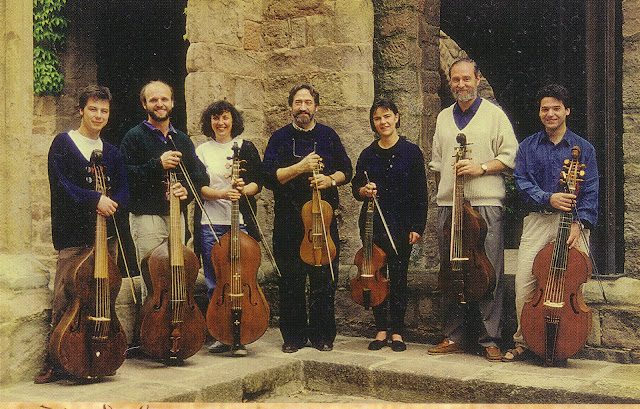 The dances are supplemented with string and percussion instruments and portative organs.

Supplement is a footnote-type expression. Here it belongs to the headline.
Why? Every jeweller knows the answer. 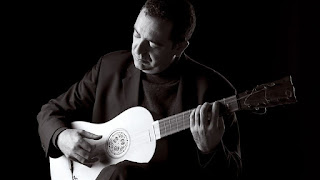 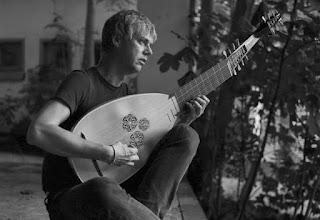 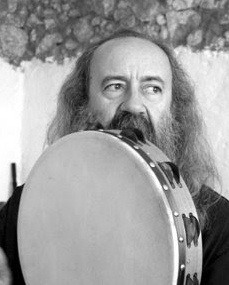 For besides Xavier Diaz the other lutenist is Rolf Lislevand. I hope you remember him, the revolutionist of Early Music and the rhythm is Pedro Estevan. The three of them add some perturbing glitter to the encased stones.
Above or rather beneath all there is Behringer’s brilliant organ obligato there. To say that it is a simple continuo or bass obligato is an utter mistake. 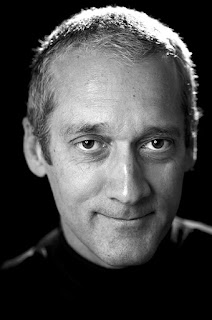 Yet, they, the supplement, provide the basic pattern. They do so in a way that the violas fully transubstantiate in the dances or rather they show their true nature.

The effect is so intense that the fittings of the consort pieces of a more complex tissue behave among them like some supra-conductors among strong magnets; they vibrate, get heated and float and race upheaved. 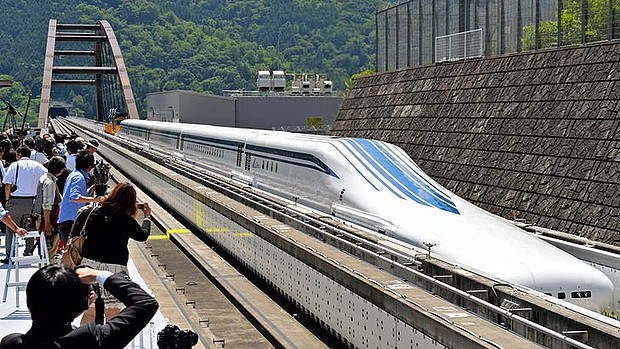 Several English ensembles play English consort music; the average level of standard is very high.
However, I am not familiar with another performance touching me so deep inside. 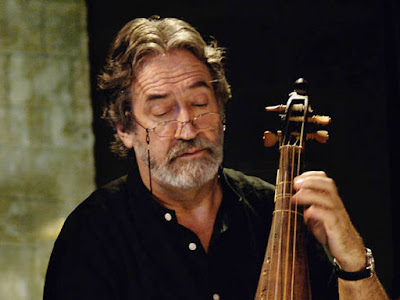 What a nice inclination of the head toward the great old enemy.