Guillaume de Machaut was born in 1300. He served John Luxembourg Czech king first, then he became the canon of Rheims during the reign of Charles Navarra.
He was also a very famous poet. His pieces were found in over 70 manuscripts - it is completely unique considering the 14th century. 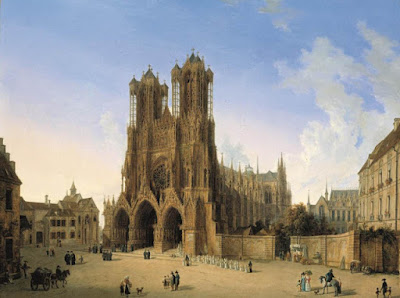 This work of his is well known for it is among the first pieces where the movements of the Mass are noted basically by one author. It was customary to compile the insertions of a ceremony or liturgy from various pieces in early times and even centuries later; however, everything is interweaved onto one idea; the record frames this peculiarity supplemented with some motets. 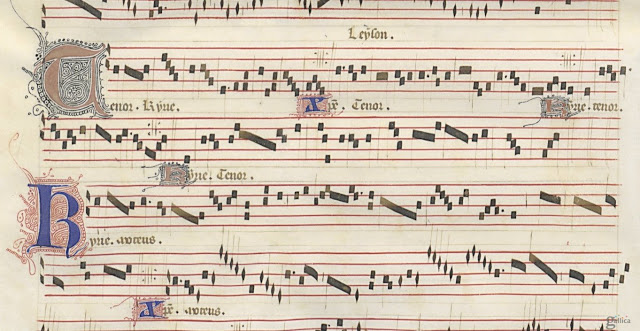 Why is it a speciality?
On the one hand, it is the era of Ars Nova when the stock of musical devices was so different that we wonder how we can listen to this record, on the other hand, Machaut composed with such special musicality which makes it unique even today.
It was obviously noticed by many others too so Messe de Notre Dame is well known enough, it became a stronghold on the horizon of Early Music.

However, this performance is so different that it almost restructures our hitherto opinions.

The question arises right away: did it sound this way in Machaut’s era or not?
Critics seem to doubt it.
In the case of Graindelavoix this opinion was nearly in the cards; mind you, the Ockeghem record was a big stone thrown into the nice still water of the early choir performances; it happened as long as 10 years ago, yet, the waves are still whirling. 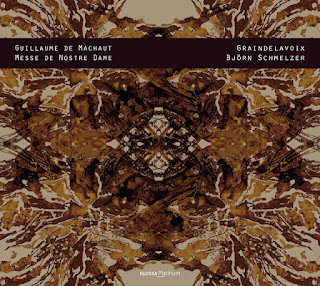 Now the situation is much more complex for this diction is expressively…what is like? …Well, it is as if it wished to deliberately go against the canon.

Annoying?
It is.
One has the feeling that a flock of cavemen are locked in the church. Cacophonic shouting, parts random entering, outslides near half and quarter notes. The basics of Christian metaphysics were explained to a barbaric tribe with great difficulties, they were taught to sing the songs and now they can express themselves in this fashion.

When we try to make an opinion at first we might simply walk into the trap of trying to explain things backwards of which we haven’t the slightest idea how they worked in the past. When the well-bred, rice-powered Bach fugue, strict and soulless precision is the starting point in which we are stationary painted grey - then the failure of comprehension is guaranteed. 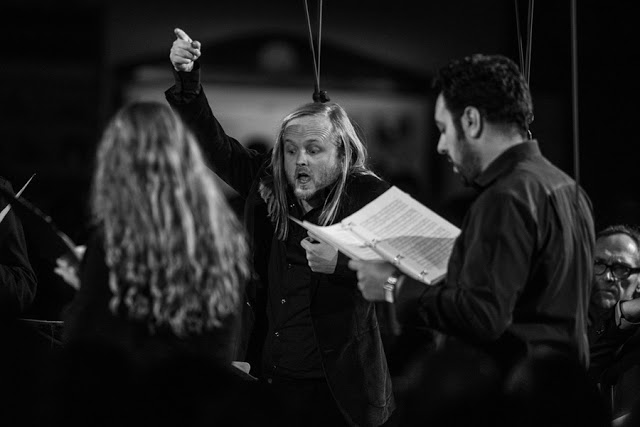 Björn Schmelzer had an entirely different approach. He simply freed himself of the compulsory deductive forces of the performances of Early Music and set off from his own completely intuitive standpoint. Obviously, debates could go on till twilight over which approach is correct but we had better forget all these while listening to the music. Even when it ab ovo opposes the associative-compulsive operation of the human mind. 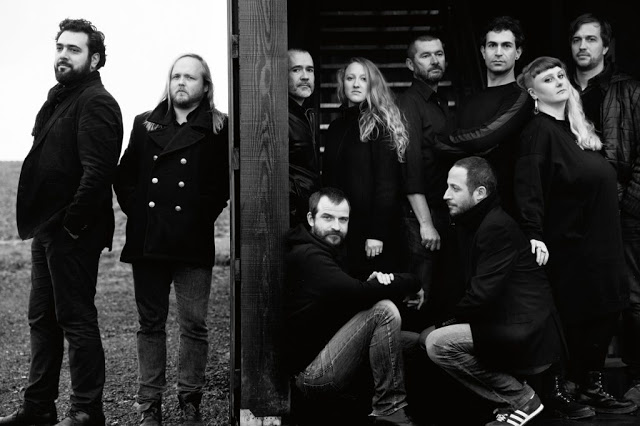 Anyway, we have seen something slightly similar in the Mediterranean world; remember the comparison of Pergolesi’s Stabat Mater versions. Le Poeme Harmonique too got enough in the neck when it - fully rightly - was understood as part of a contemporary liturgy in some church near Naples at the beginning of the 1700s. At present we are 350 years earlier during Ars Nova where we can adore the dim stock of all kinds of theories even nowadays.

Amidst listening to the record the assumption that we are part of something magnificent is more and more silhouetting.
We realise that those chaos entries occur according to a strict system; it attracts attention that the half note drops are fully precise.
The voices are phenomenal, great arcs interweave the whole performance.

Wildness more and more seems honesty.
When we do believe the story of Jesus Christ.

It is just like that when restoring an old painting or piece of furniture: the forgotten colours and lights come to light. When we unwrap a thin piece of china out of a wooden box and we are taken aback by the delicateness of the hand painted patterns. For more and more inner delicacies are turning up. We must move extremely carefully in a weird network of a different musical language, in a vulnerable and transient matrix so that we can feel the beauty of the patterns of the cobweb. 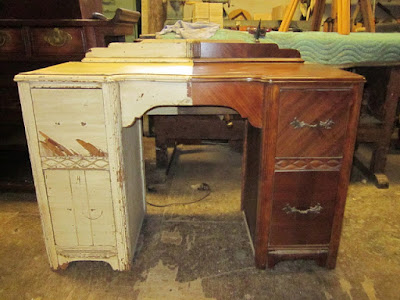 Thus the strange situation emerges where thin strings are woven from this wild and implacable straightness in a way that their reception…what does it do?
Well, let us say, it certainly civilises.
Like with the porcelain. It civilises that the handle of the cup is not in the right place, totally non-ergonomic, too thin, bad to look at, gets broken…fine but then why all this misery? It makes our moves soft; if we do not want to spill the tea we must heavily focus to avoid breaking it while looking at the beautifully painted motives. And if we succeed in the manoeuvre then the flavour of the tea will be completely different than sipping from the chipped yellow cup. Or if we only carry it but do not understand, on our back, it is big pressure, yet we cannot reach it despite the fact that it is all around us… 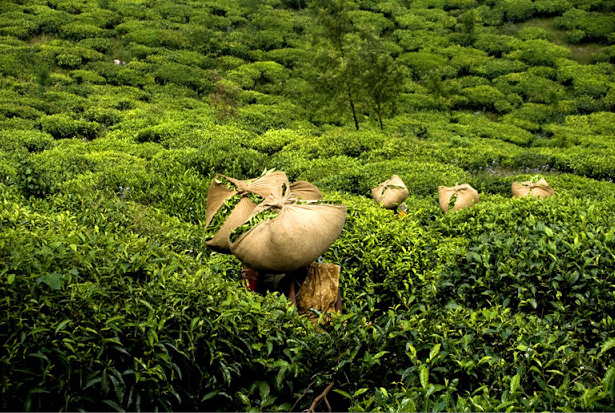 Is it highly recommended?
Not entirely.

Let us not tell lies especially to ourselves. We cannot like both - this and String Serenade; there are things the Sun shines on differently. Thus there are some who runs away, some shut their ears and yell that it is cheap and meant for effect and let them torture with something else. There are some who are fond of Peres’s conventional record. And some who adore Bach collection rather or listen to the complete works of Mozart.
No any fault with their taste.

But there is a small part of the classical-music-lovers - whose tea will be of different flavour having discovered this CD.

This article was written for them.